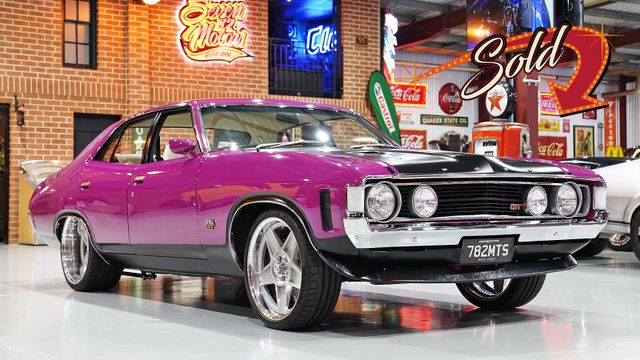 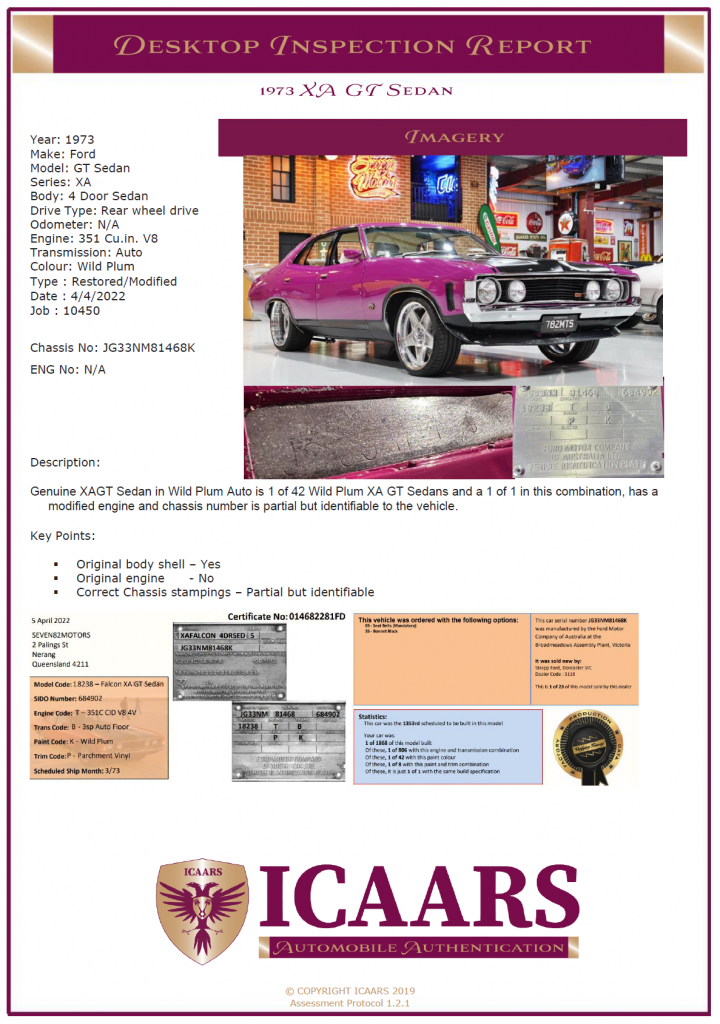 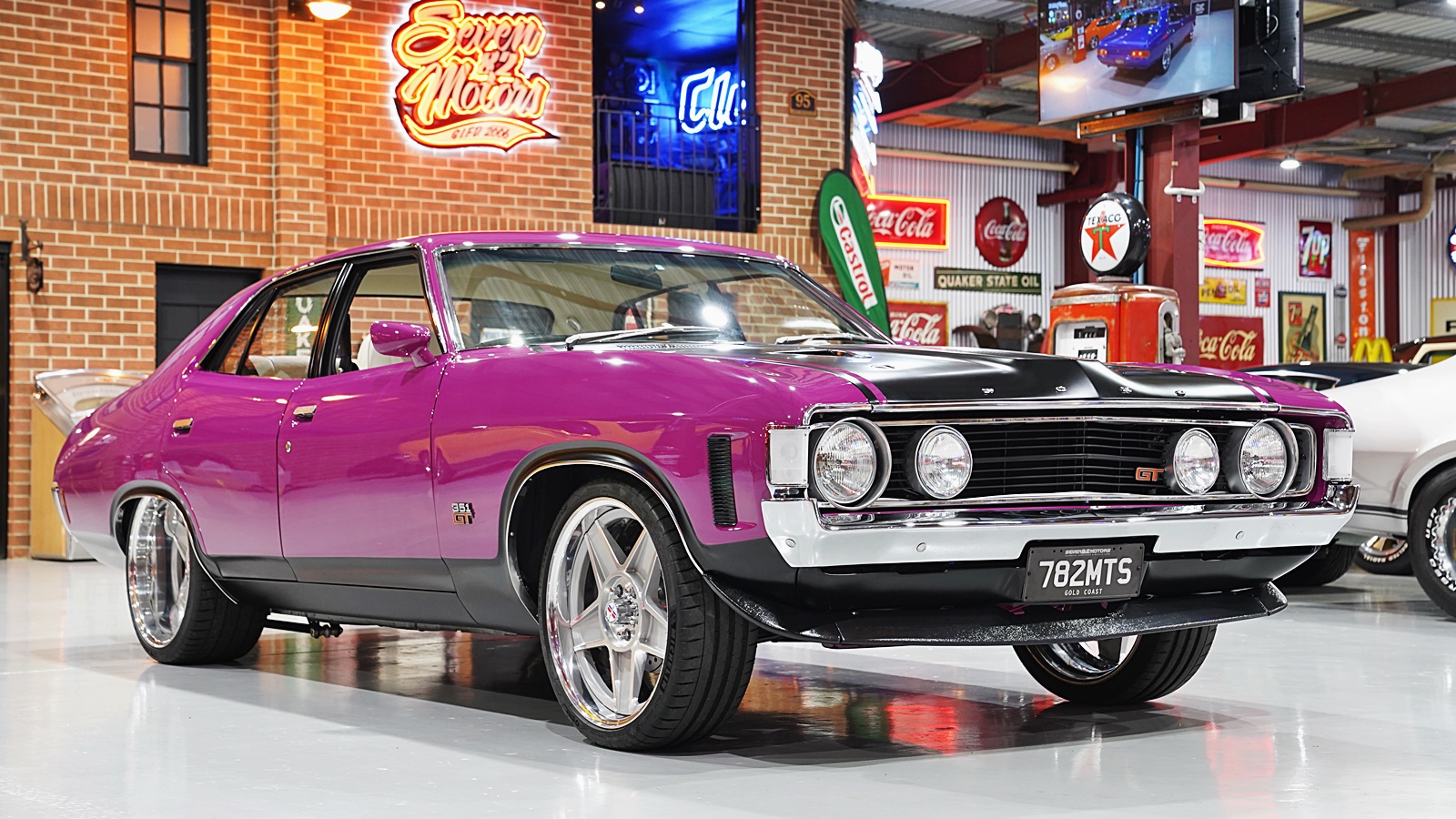 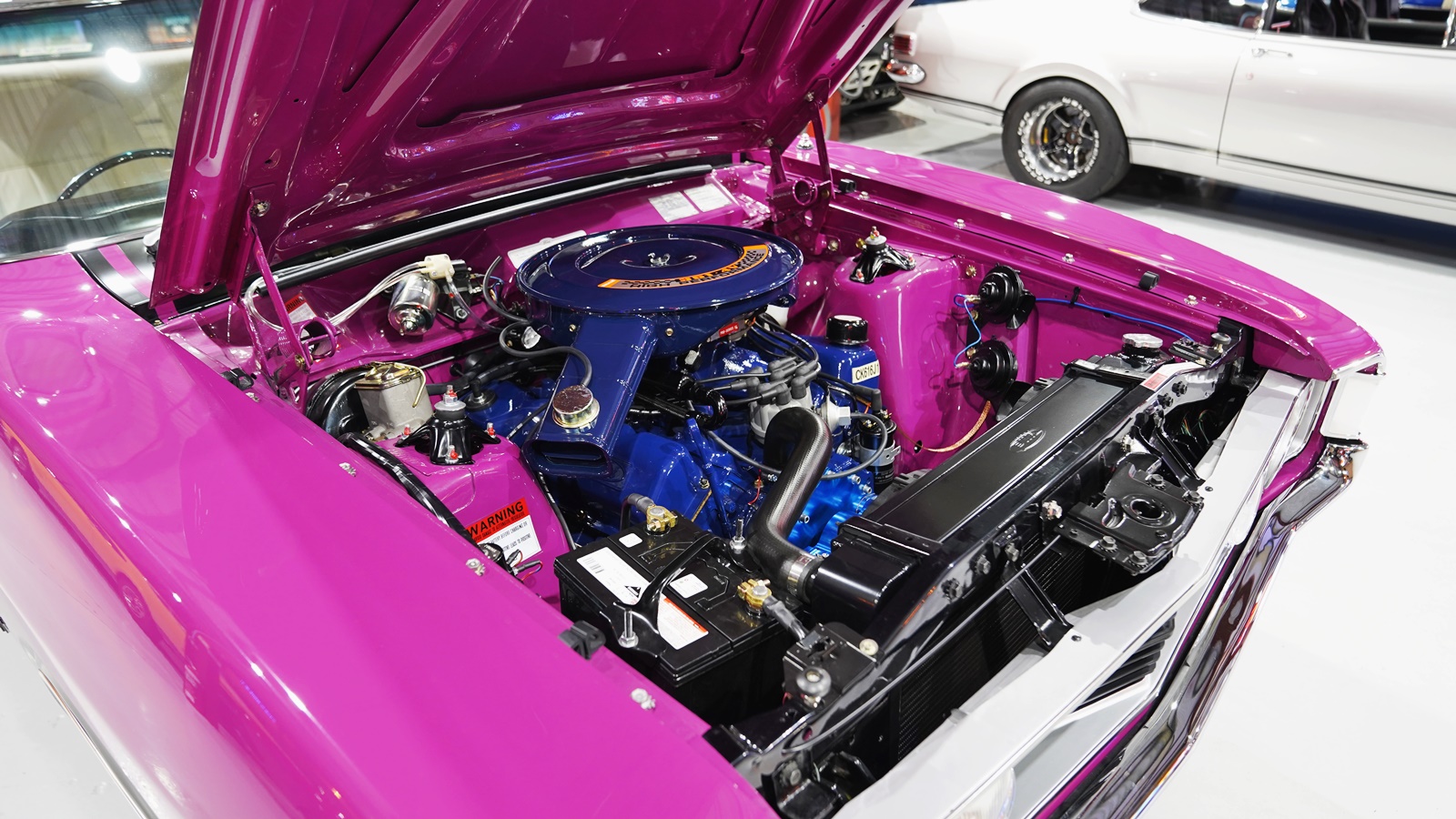 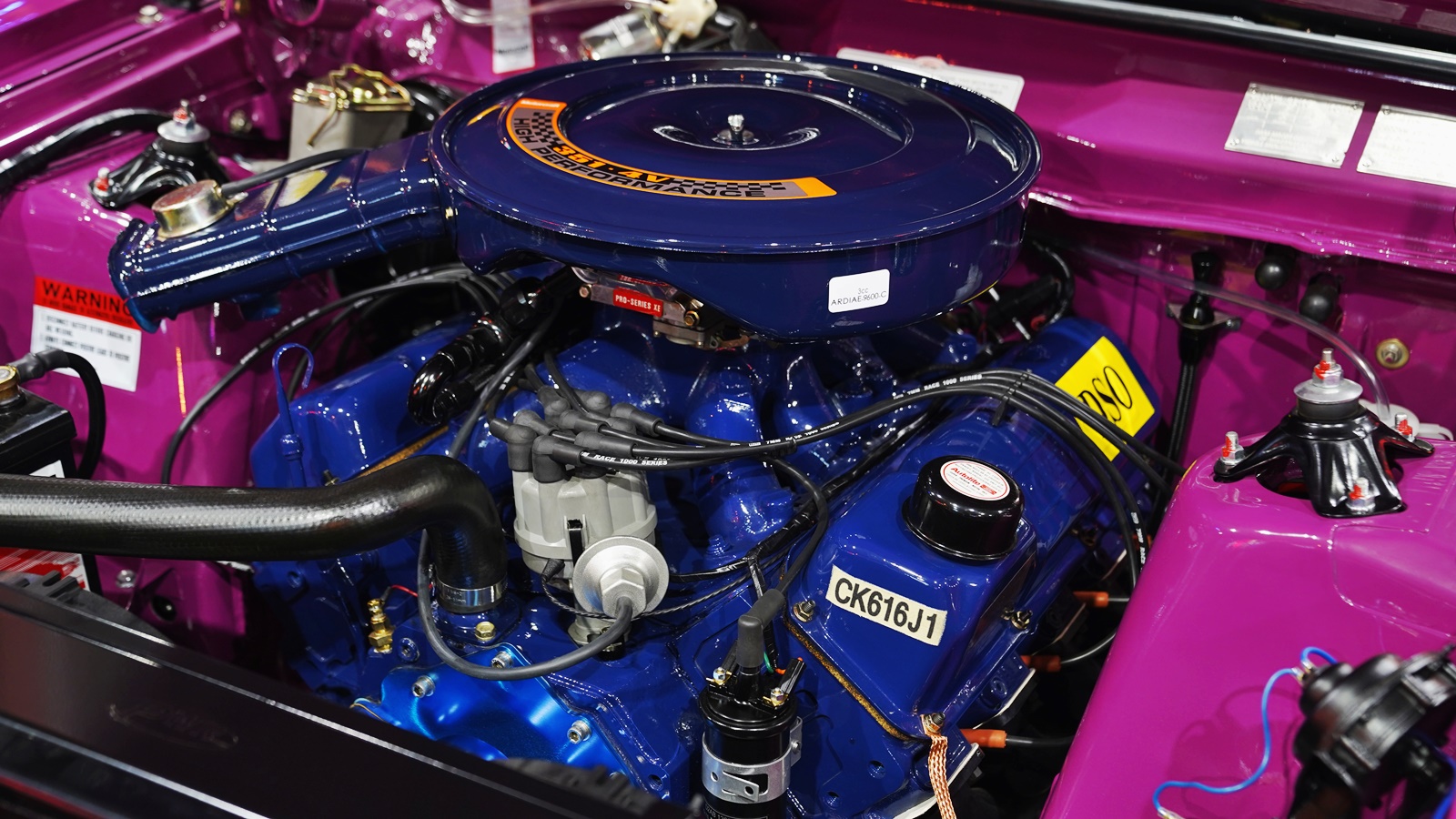 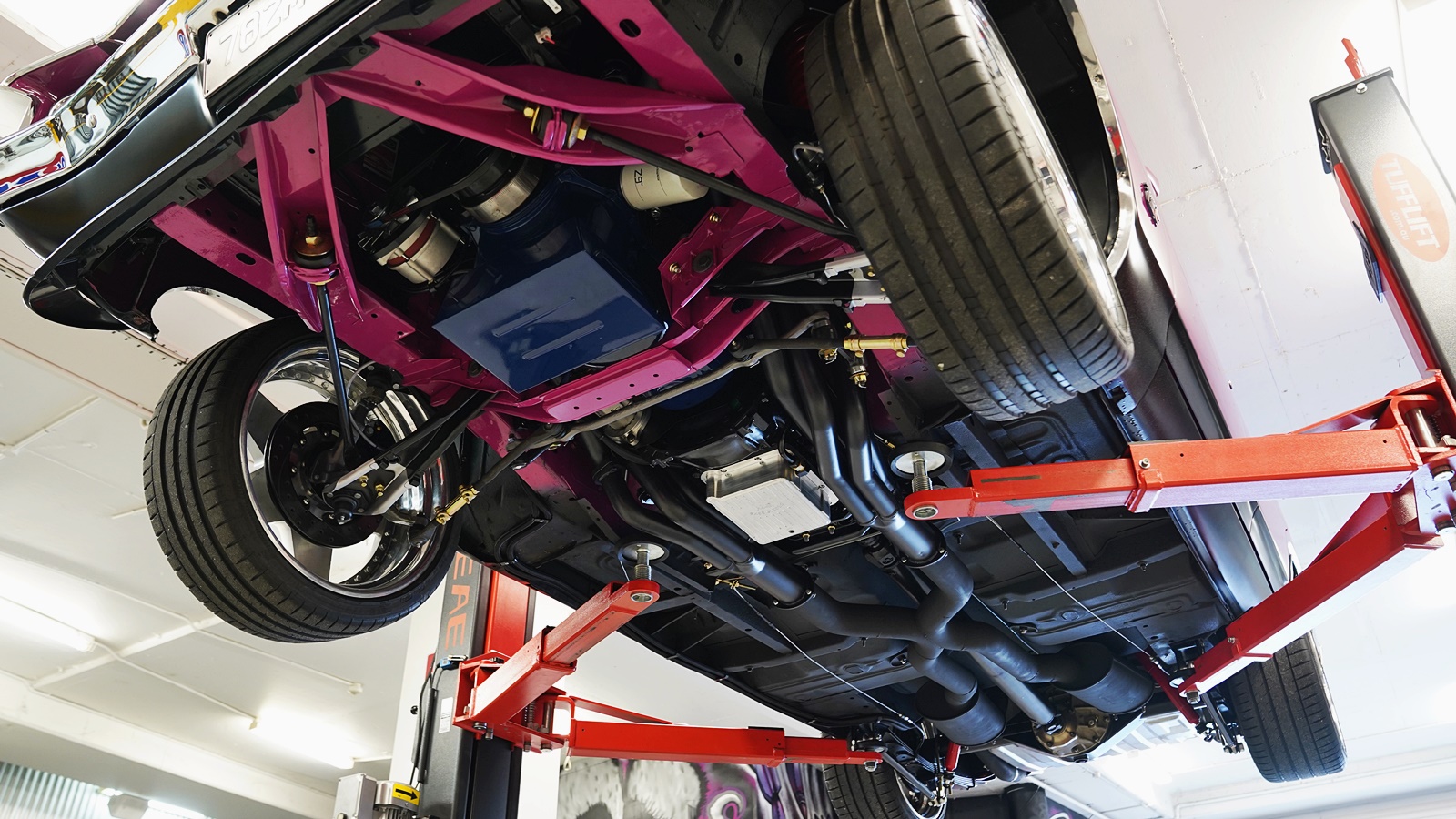 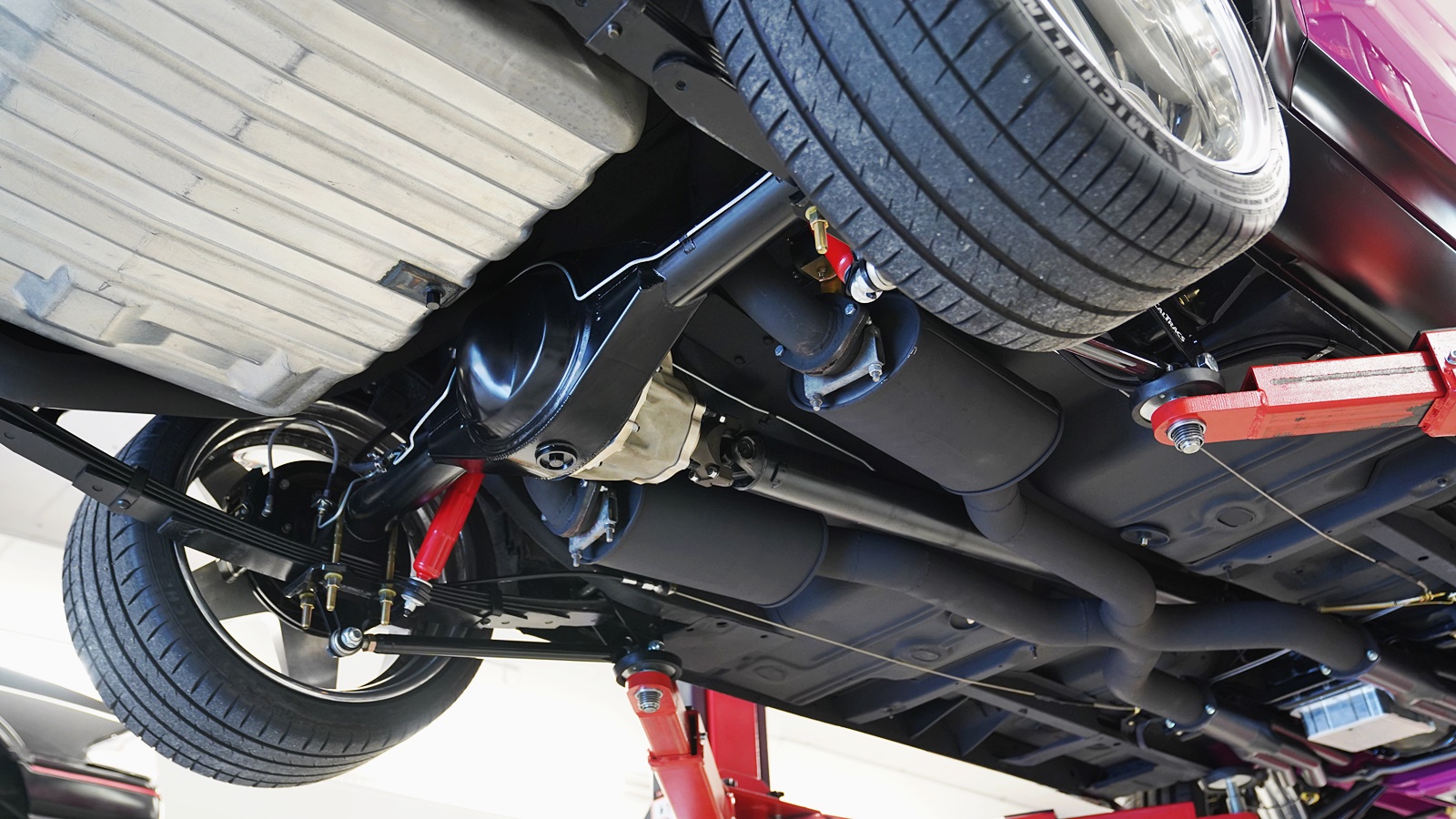 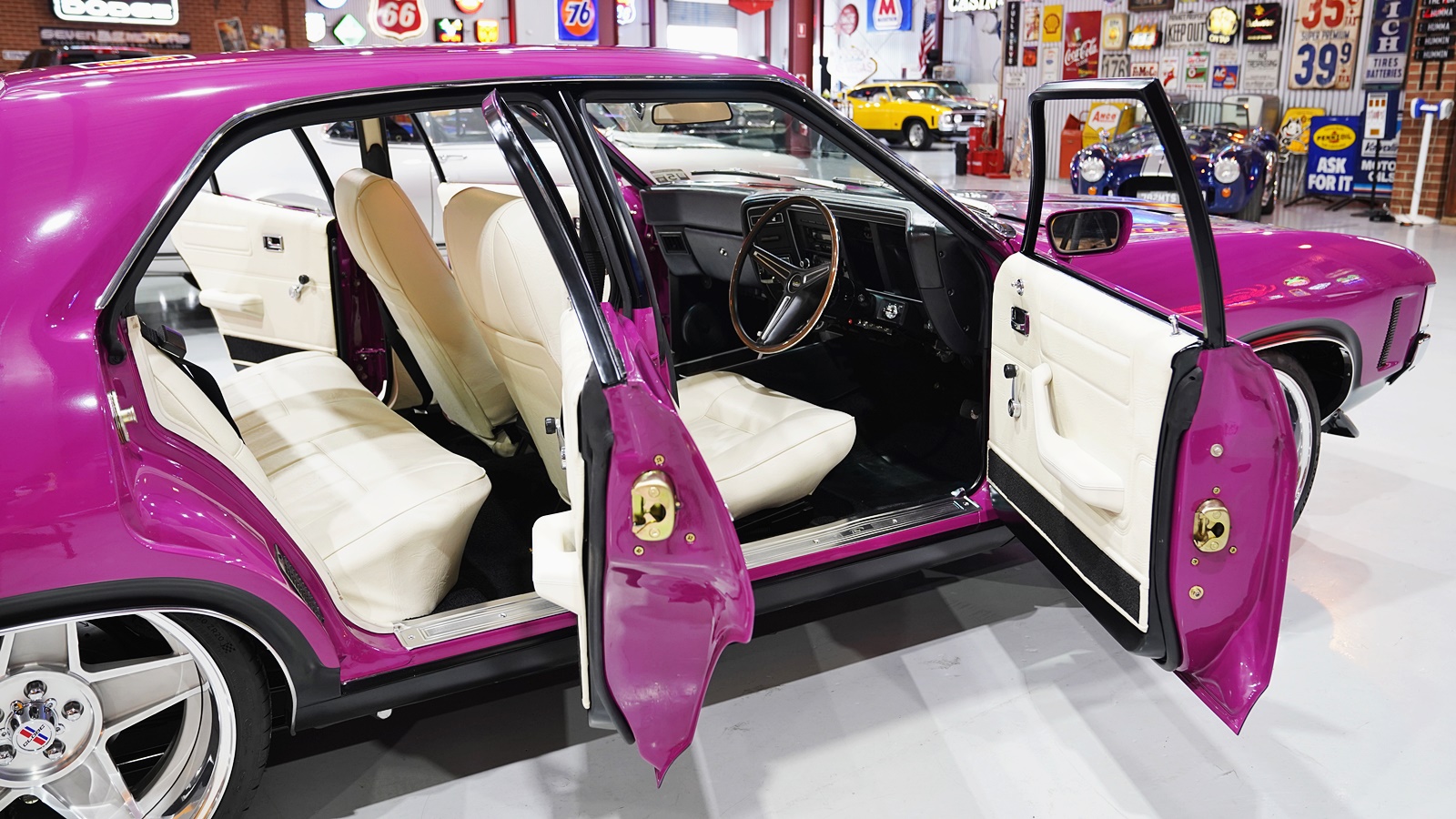 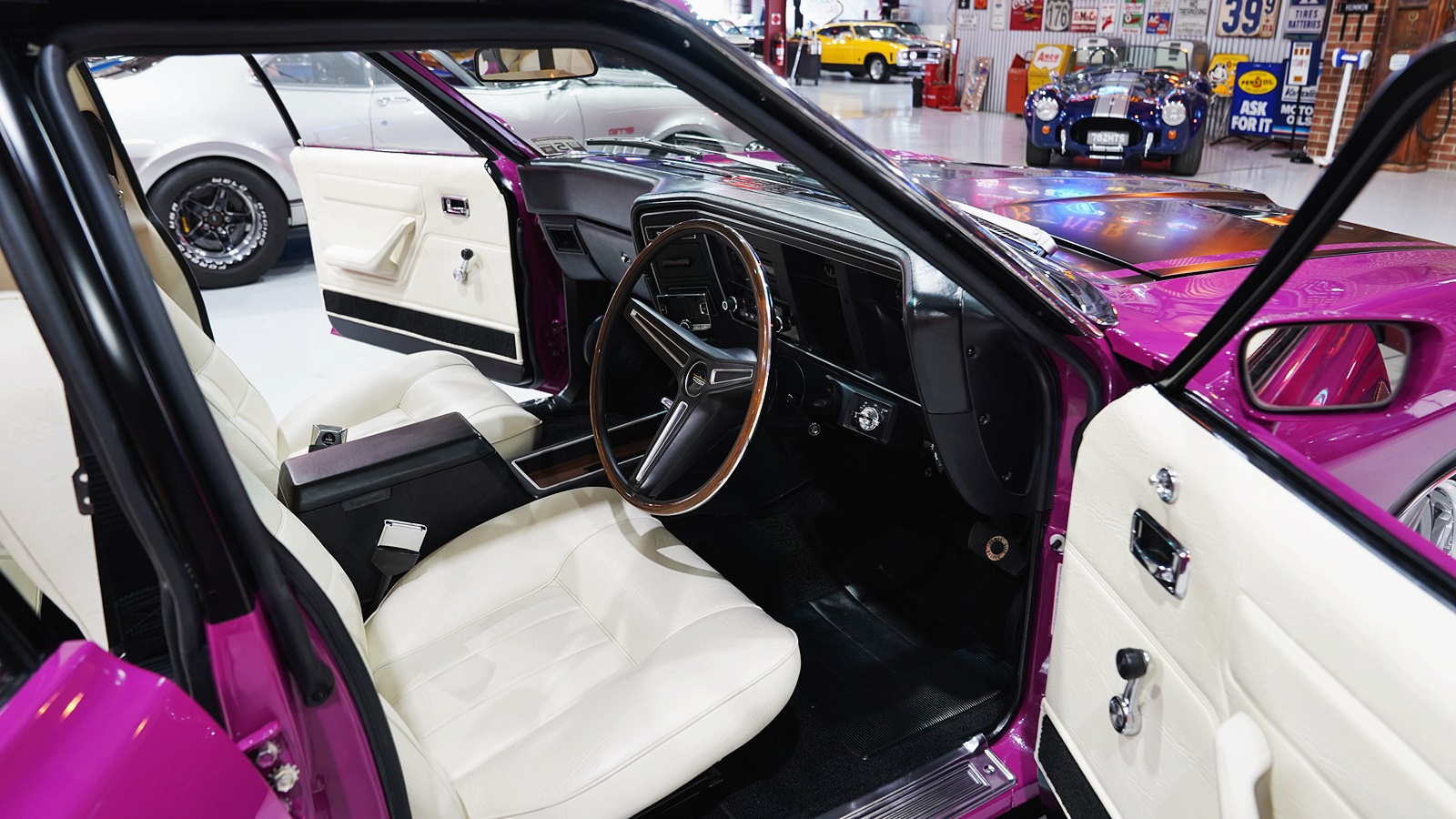 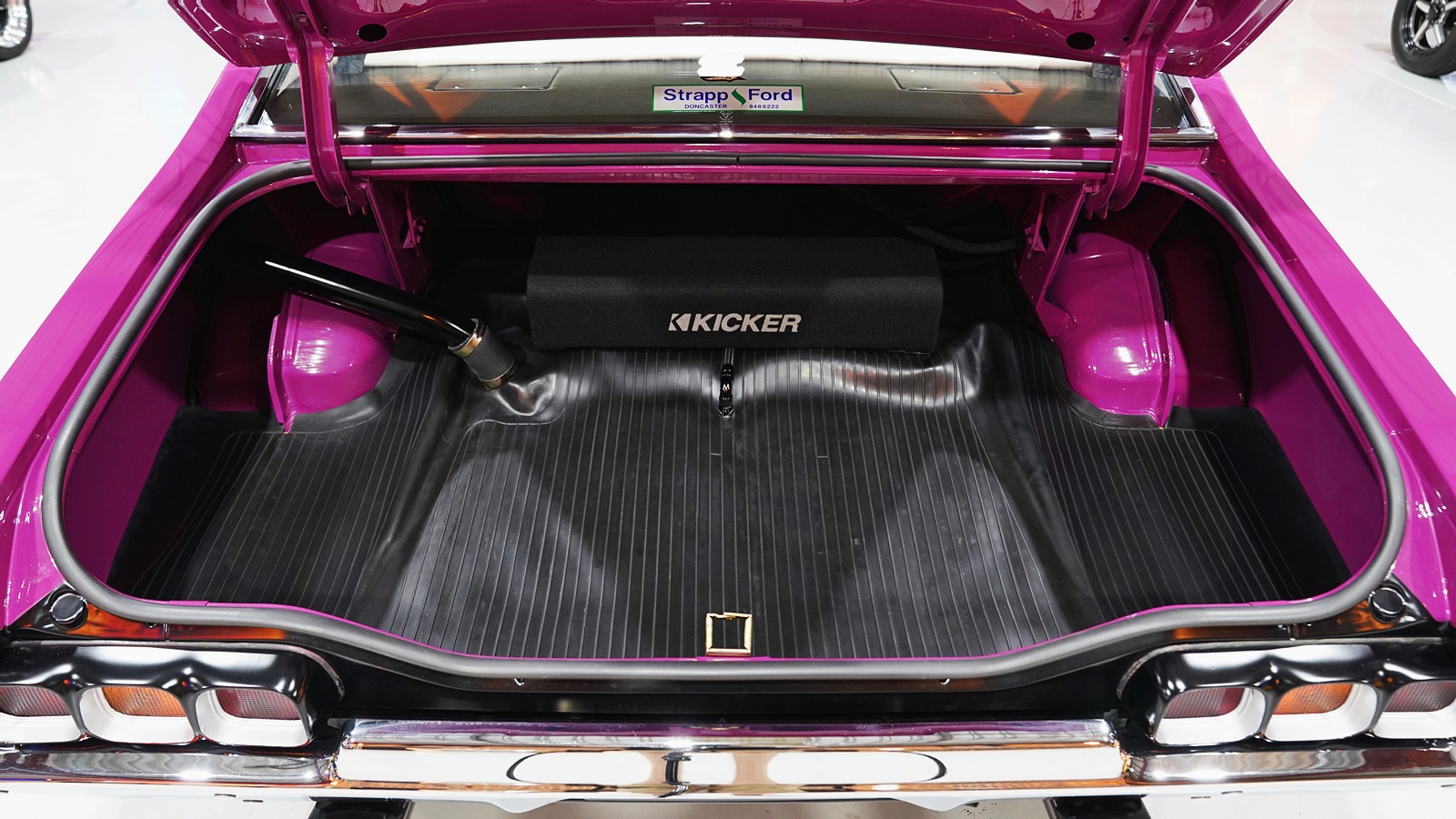 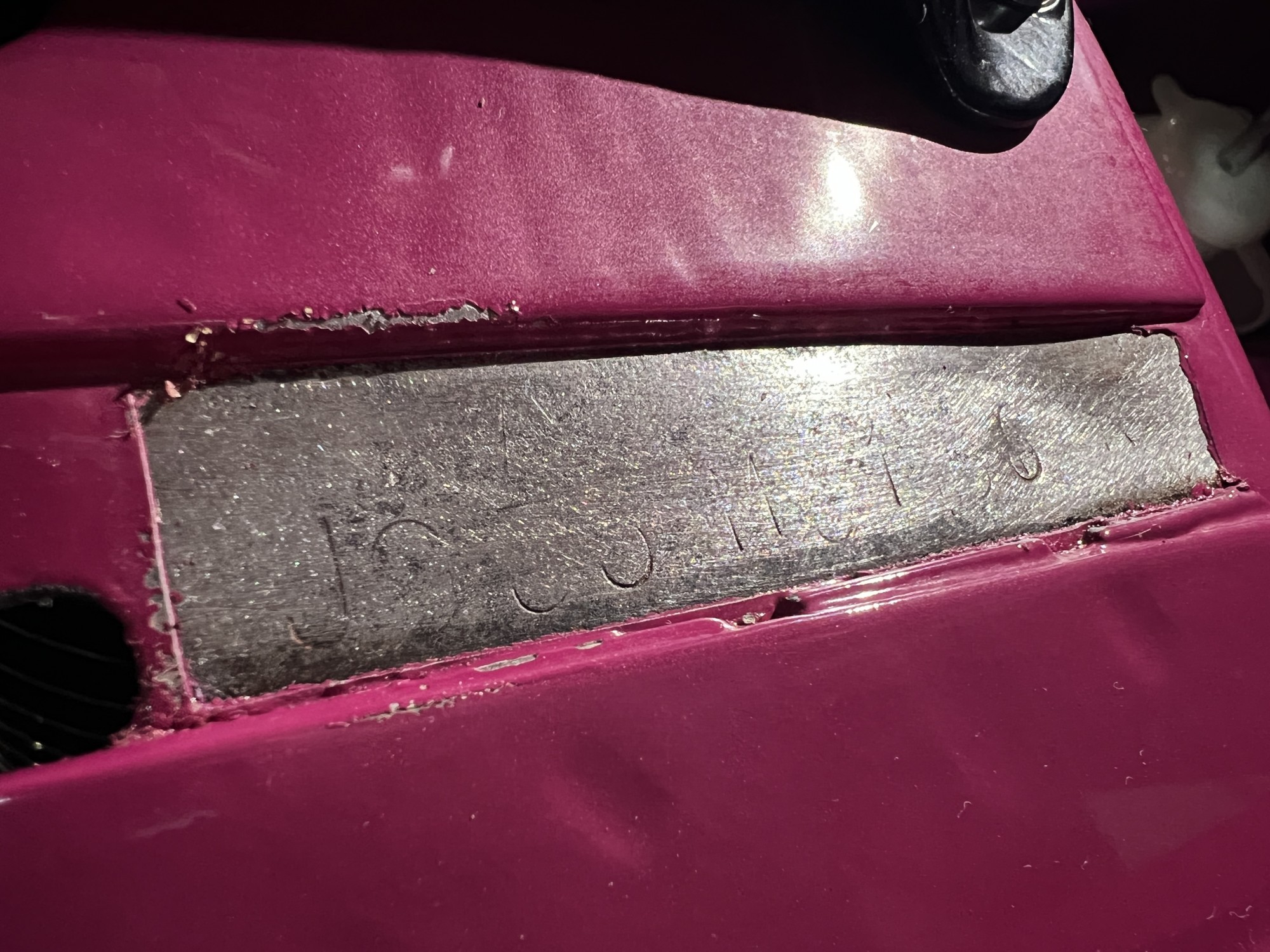 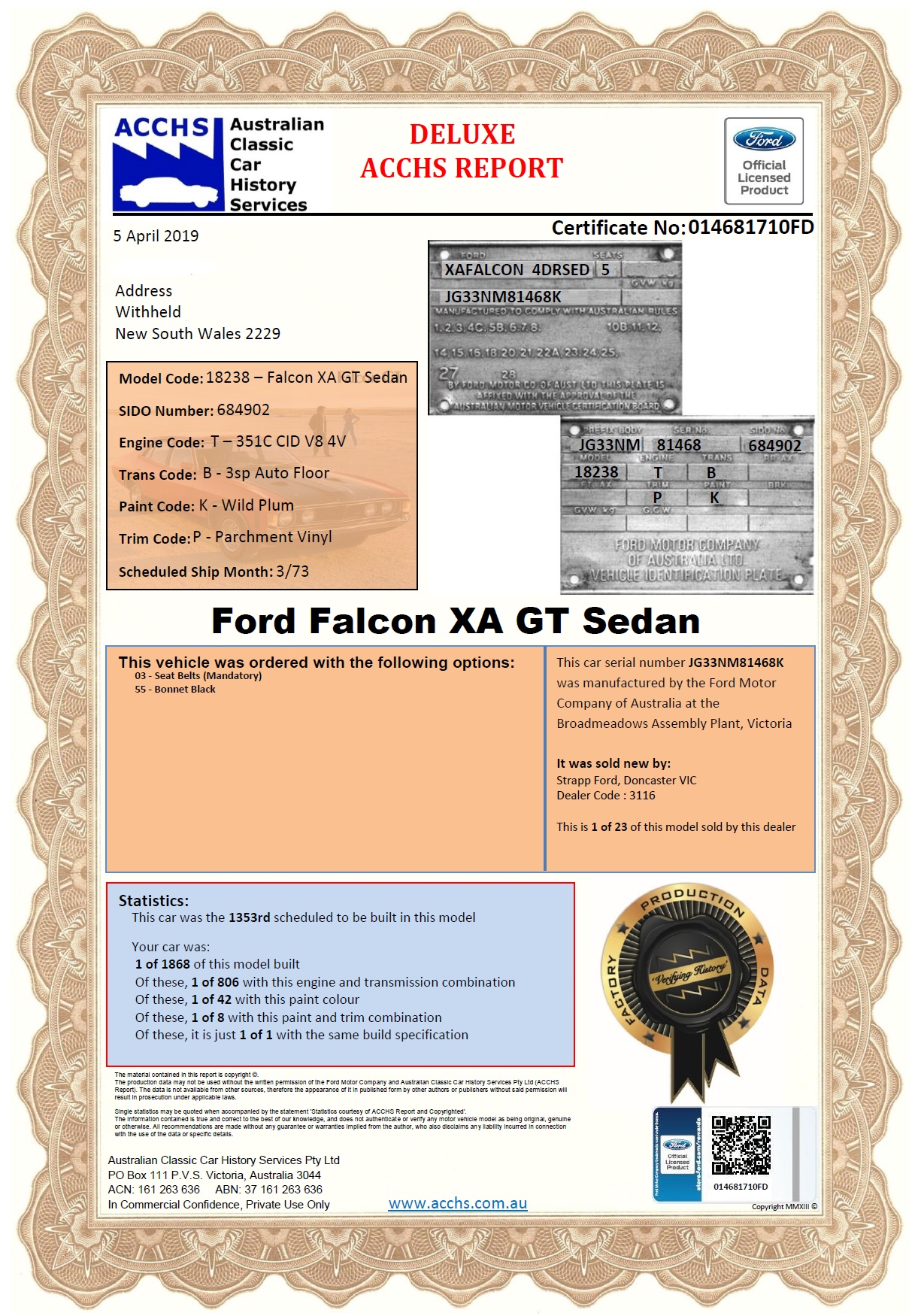 This 1973 Ford Falcon XA GT Sedan has been through a full nut and bolt ground up build into one of Australia’s best street machines. The car is built using an original JG33 tagged, Genuine GT Falcon Sedan. The car is one of only 42 Wild Plum GT’s built and was one of one in its original specification. The current owner is a true enthusiast and very well known in the car scene having built a large number of high-level street machines over the years. When he purchased the car, it was a neat running and driving factory GT, but he had always planned to take it to the next level.

Although the owner described the condition as an 8 out of 10 to begin with, once it was stripped back to bare metal, a few below par repairs were discovered. Not to worry, the job was tasked to the guys at Callahan Collision Centre in Miranda, NSW who spent thousands of hours getting panels filed and beaten until it was better than new. Once the body work was complete, the car was completely recoated in its original colour, (K code) Wild Plum. The original GT black outs were also placed back on the car to keep the factory look. All of the chrome work was redone and the car received all new glass, rubbers and badges. To give the car a cool custom look, the owner reached out to the owner of Simmons Australia who custom made him some 20” Bathurst Globes from solid billet then built them into three-piece wheels to achieve the perfect fitment.

Inside the car has been completely retrimmed with a white GT interior. Except for a couple of neatly mounted gauges above the centre console and a few extra switches, the interior of the car looks completely factory. The steering wheel is a genuine factory GT item that was been fully restored and automatic shifter in the console appears to be factory. The car was completely rewired and there is a subtle Alpine stereo system.

The engine is paired to an AL race glides C4 automatic with C6 input shaft and fully manualised reverse pattern. There is a Dominator 5,500 rpm stall converter to get it off the line. Power is pushed through a 3 ½ inch Moly tail shaft with Mark Williams 1350 Big uni into a 9 inch diff with 35 spline axles and Mark Williams Tru-trac centre. Suspension is GT components all round with Caltrac tramp rods in the rear. There is a custom electric power steering setup hidden under the dash and the car is stopped thanks to four-wheel Wilwood disc brakes. Both the engine bay and undercarriage are highly detailed.

This is a rare opportunity to purchase one of Australia’s best modified muscle cars. The owner tells us that the GT is good for an 8 second pass and streetable enough for his wife to comfortably drive home. Cars like this rarely see the open market, make sure you register and bid to avoid disappointment.