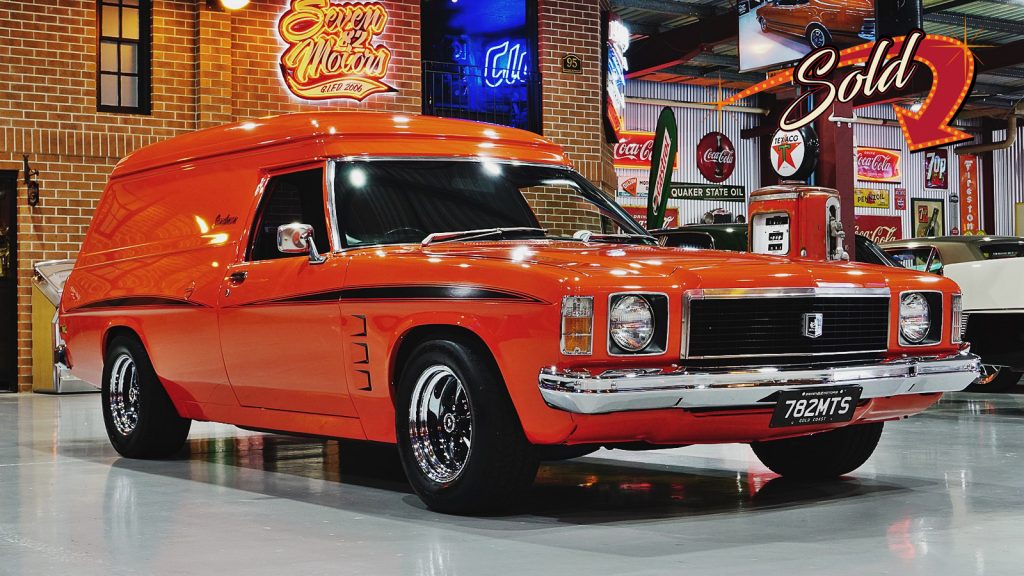 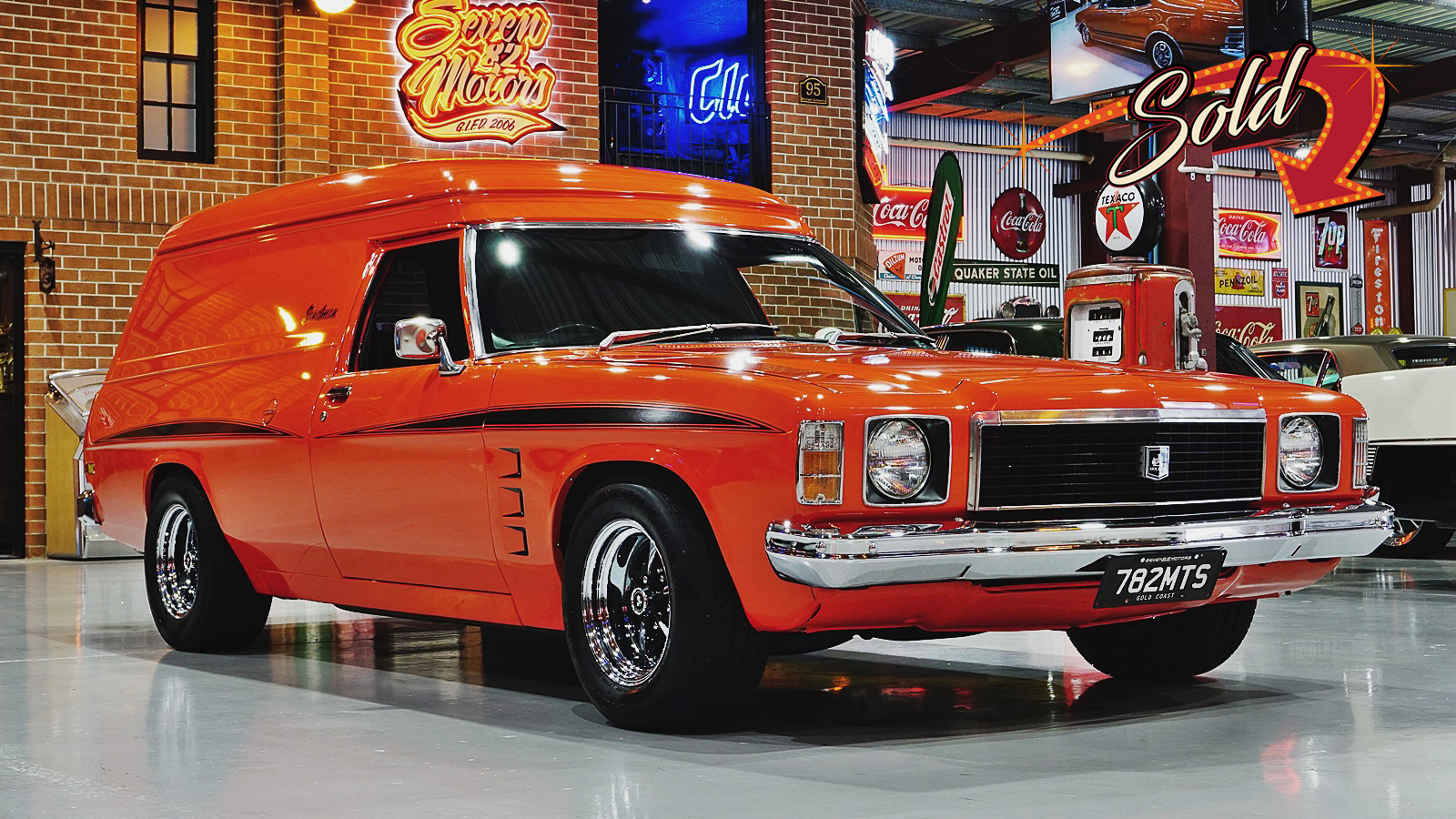 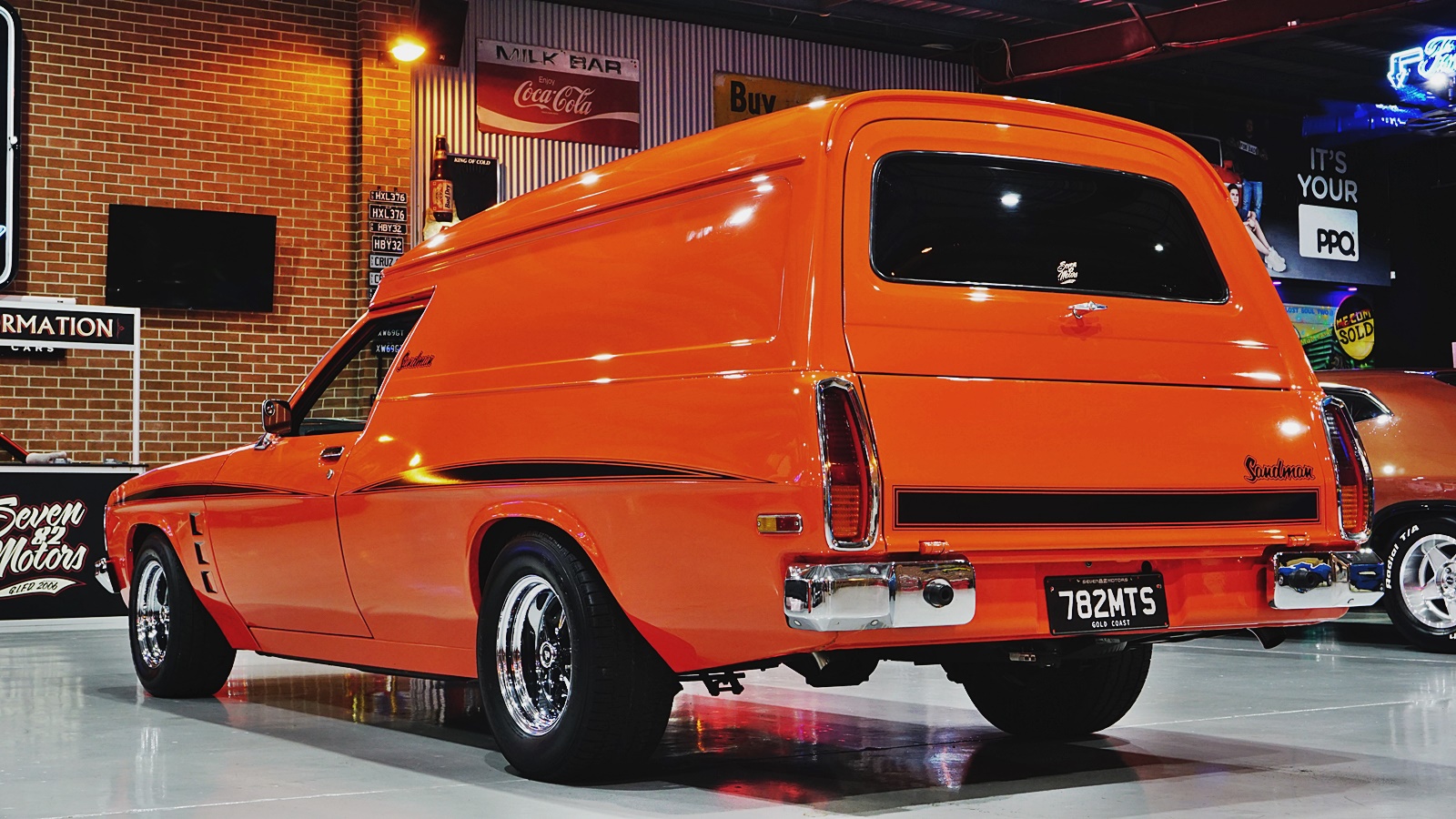 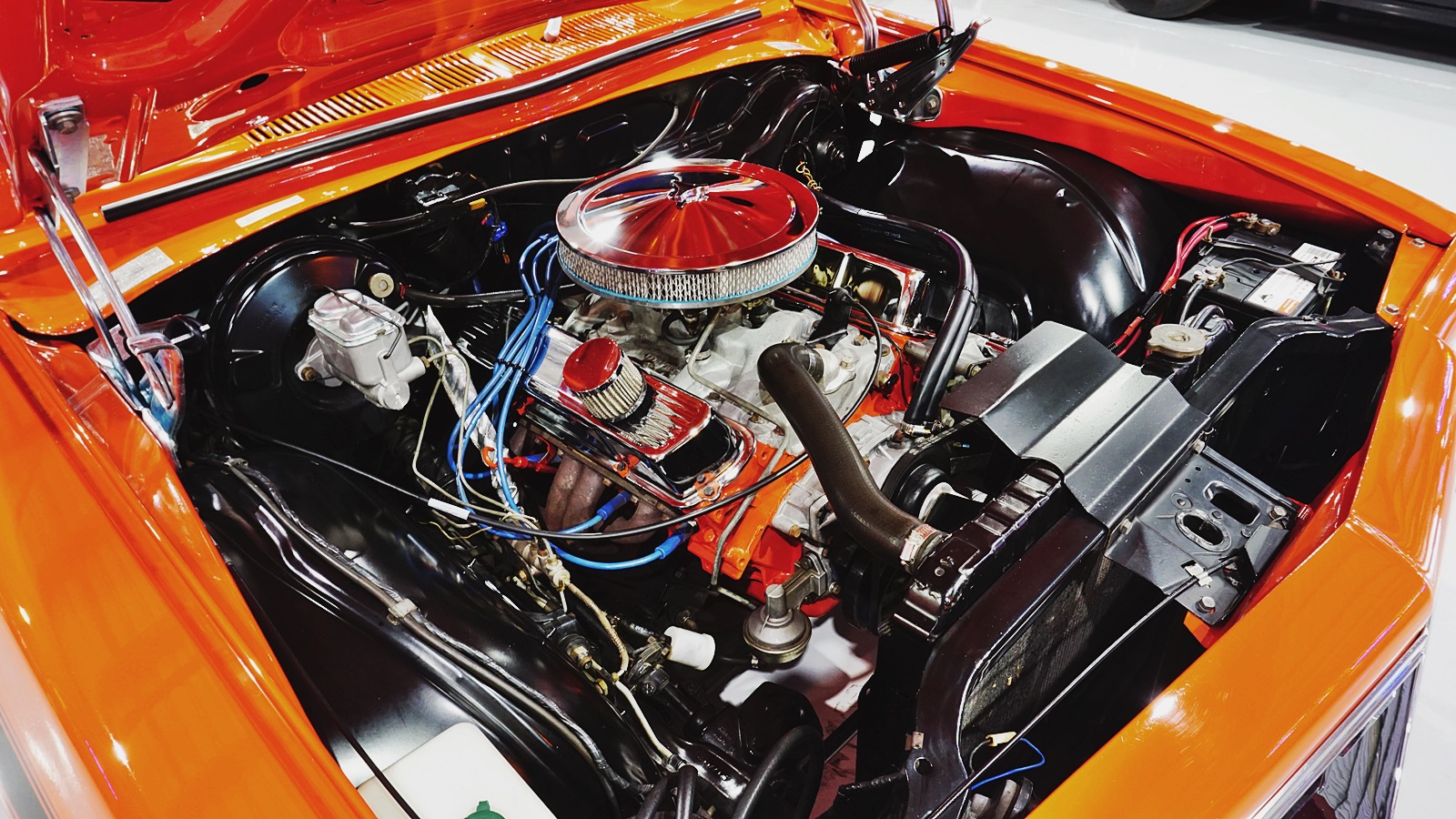 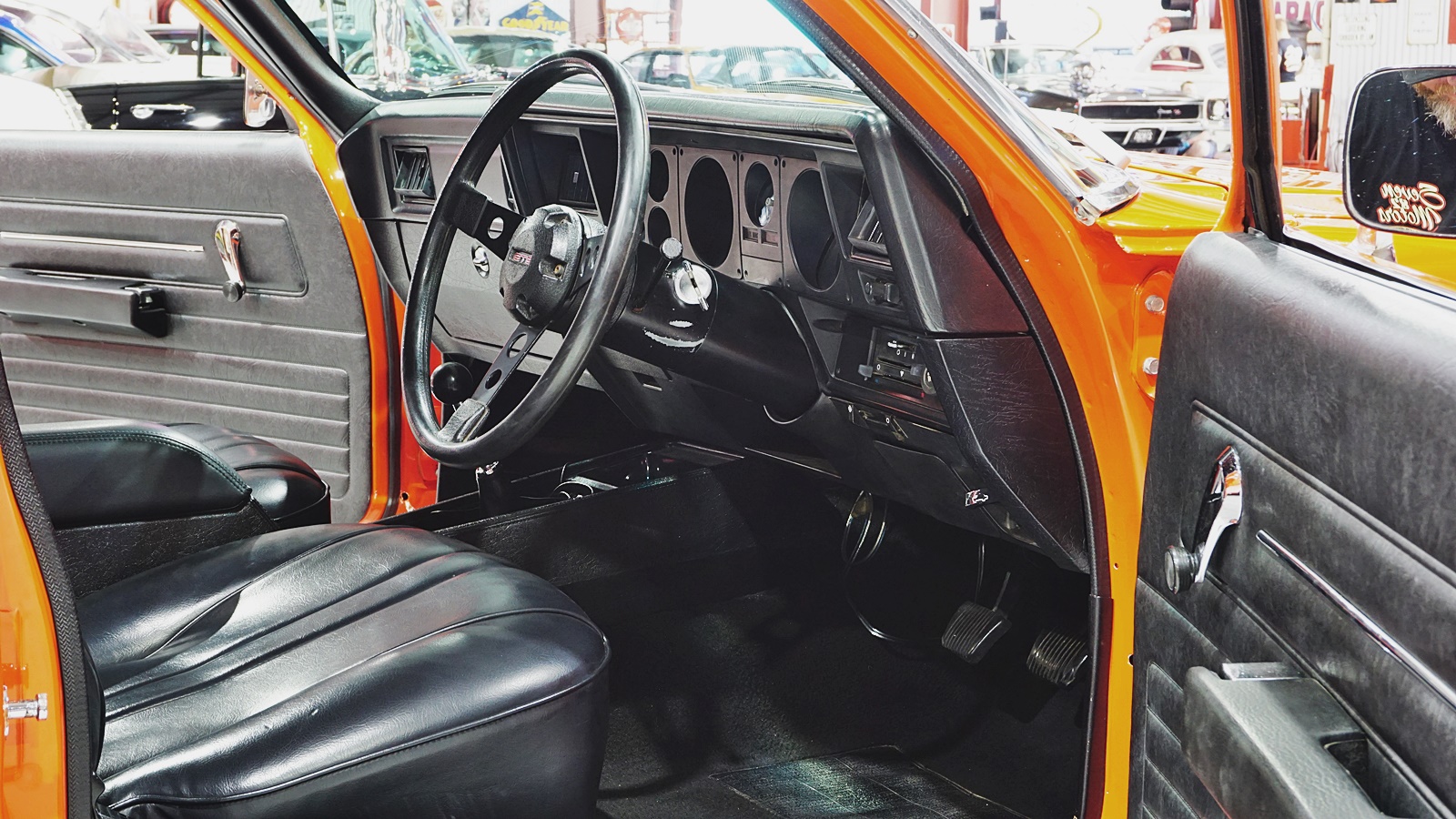 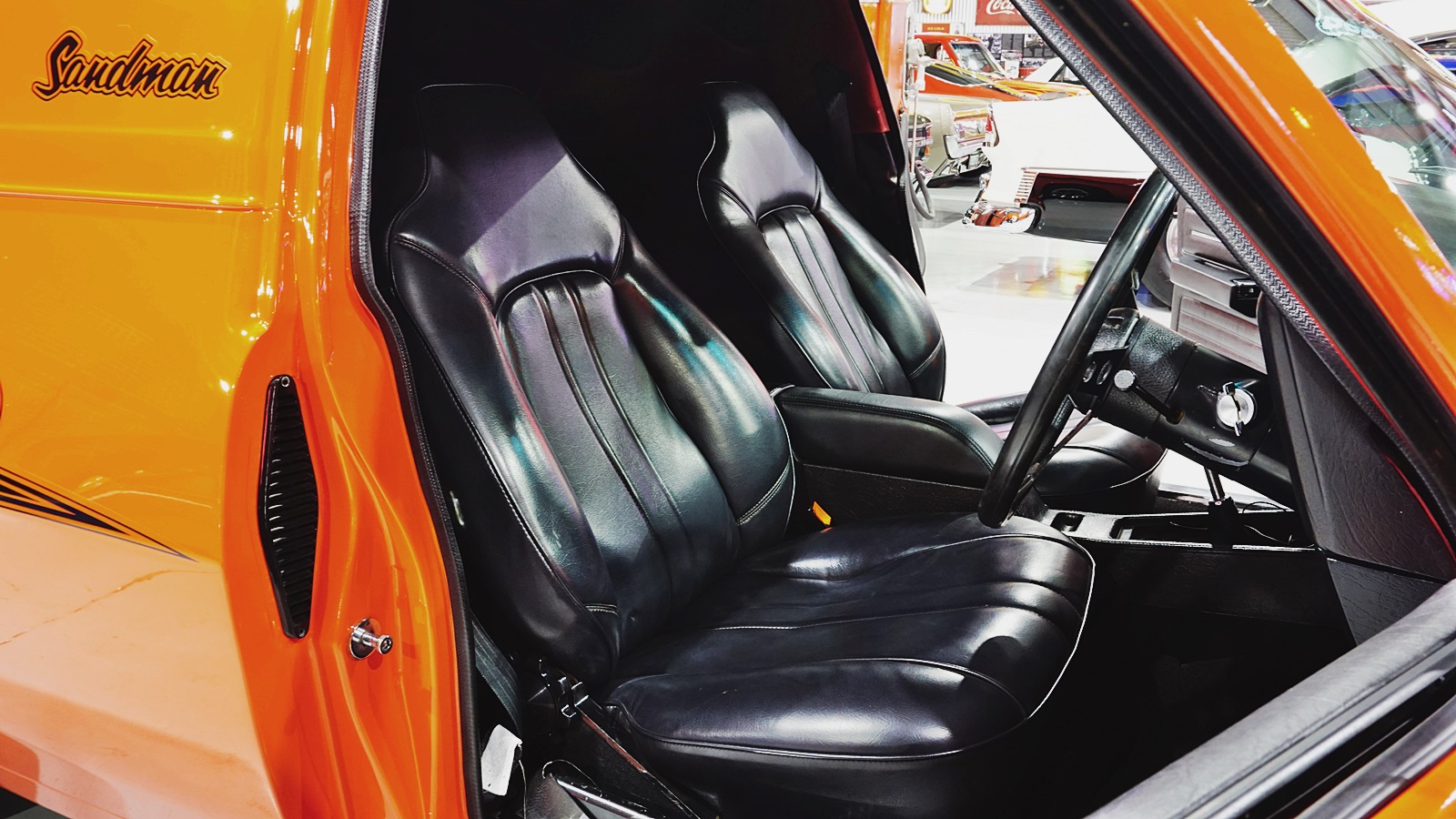 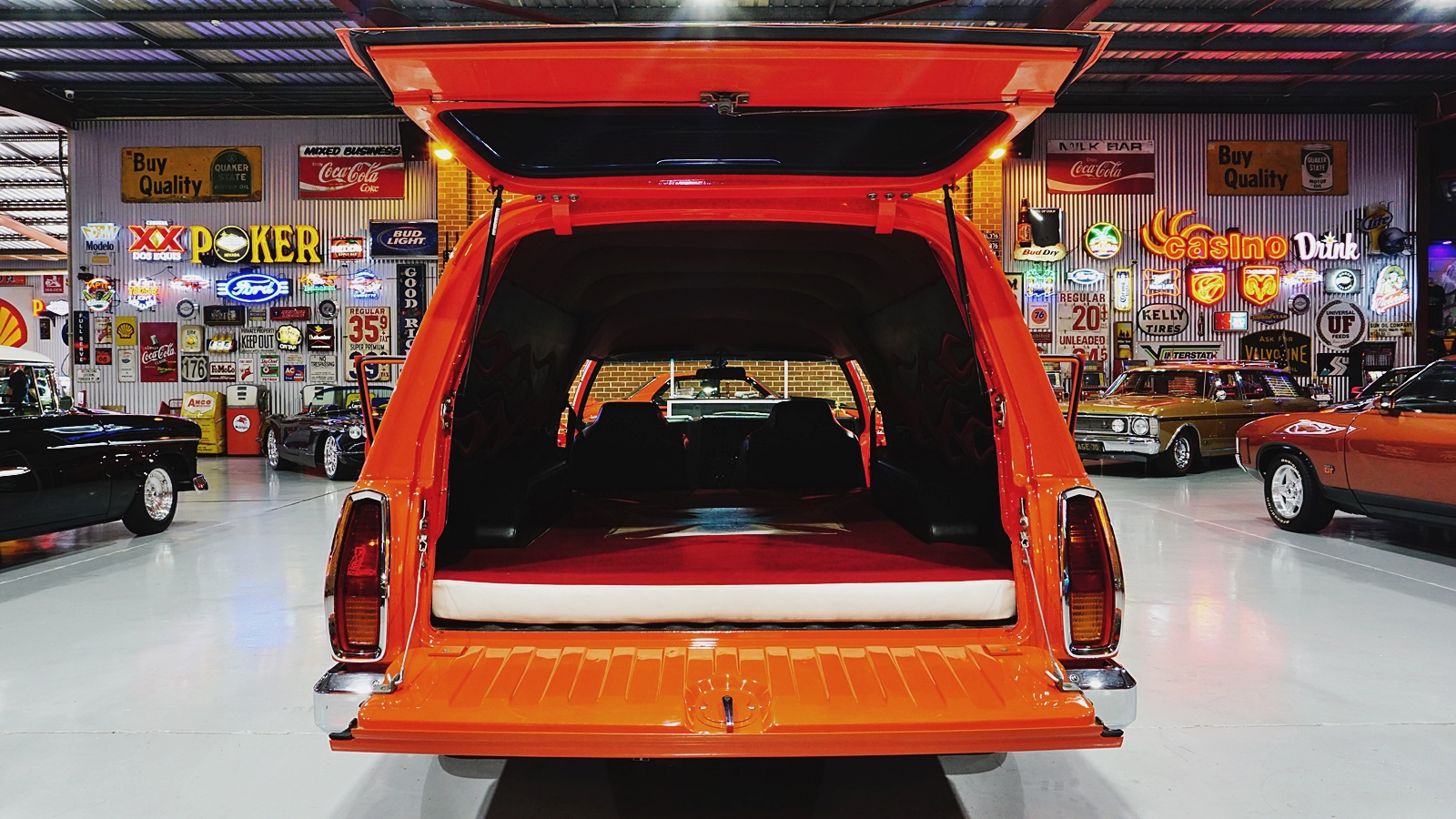 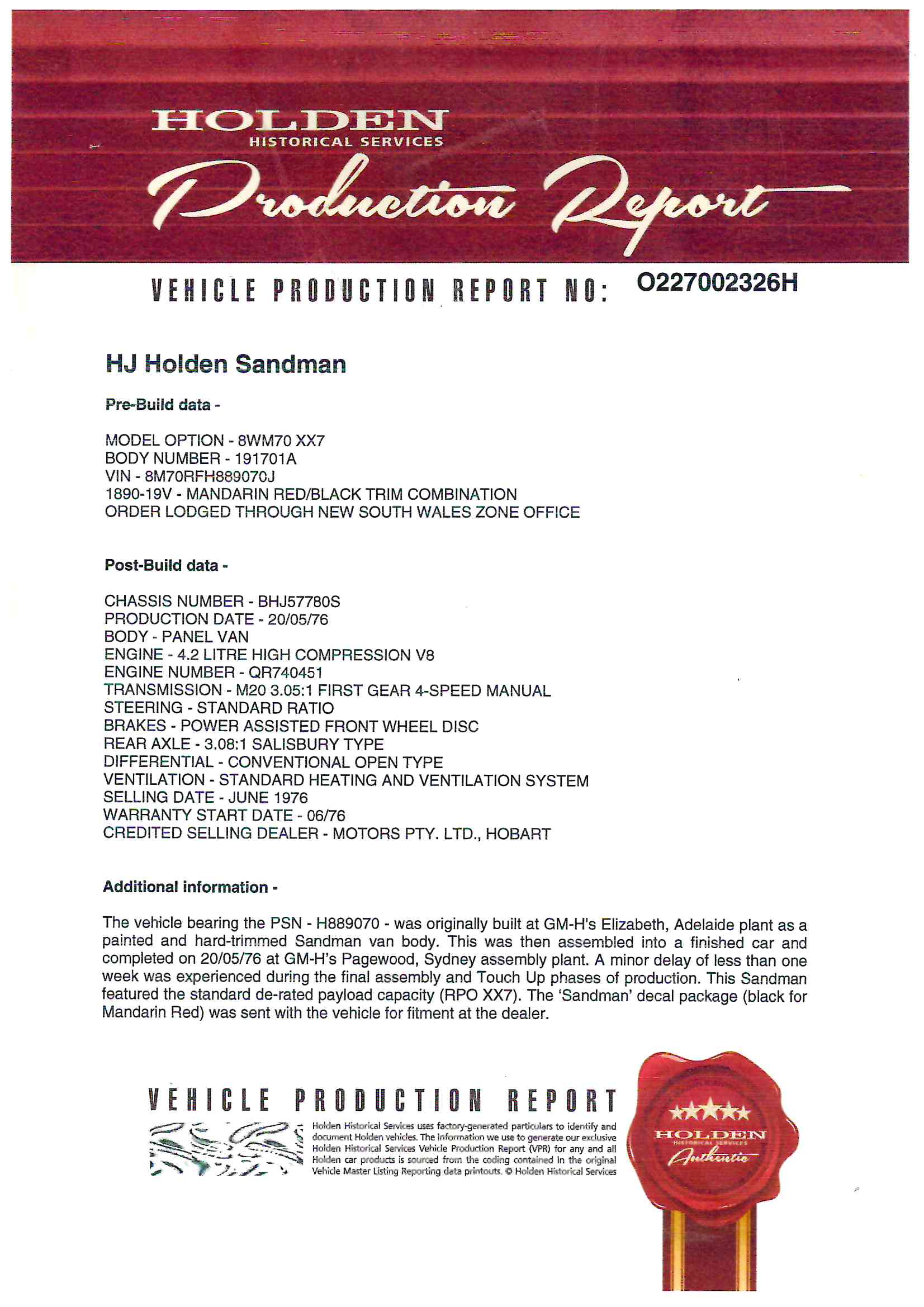 This 1976 Holden Sandman began its life at GM-H’s Elizabeth, Adelaide plant as a painted and hard trimmer Sandman body. The car was sent to Pagewood plant in Sydney where it was assembled as a completed car on 20/05/1976.  The Sandman features the standard de-rated payload capacity (RPO XX7). The Sandman decal package was sent with the car to be fitted at the dealer prior to sale. The car was sold new by Motors Pty Ltd in Hobart, Tasmania in June 1976. Not much is know about the cars early life other than it ended up in being owned by a gent in Melbourne who was a panel beater in approx. 2012. He performed a restoration on the car and repainted it in its original Mandarin red colour. We have sold a lot of Sandman’s over the years and the body on this car would be up there with the best of them. The car also had the correct Sandman decals re-applied over the new paintwork. The car was reassembled after paint work in 2015.  In 2017, the current owner purchased the car and it was sent up to QLD where it has remained since.

The interior was refurbished 18 months ago back to factory style in black. The car received replacement front seats, new door trims, new console and dash. The back of the car has a little bit of a funky trim fit-out like all van’s do but its nothing crazy and easy to neutralise if it’s not to your taste.

The 253ci engine in the car was fully rebuilt during its current ownership. The engine given a few upgrades to bring it up to 308 equivalent power. The car has only travelled 12,000kms since the engine refresh was completed. The car runs a M20 4 speed manual transmission as it did from the factory. Other recent work includes the brakes being completely redone with new brake booster around 18 months ago. The van has been shown at the Majestic Vanners State titles in Harvey Bay where is has been awarded top ten on three different occasions.