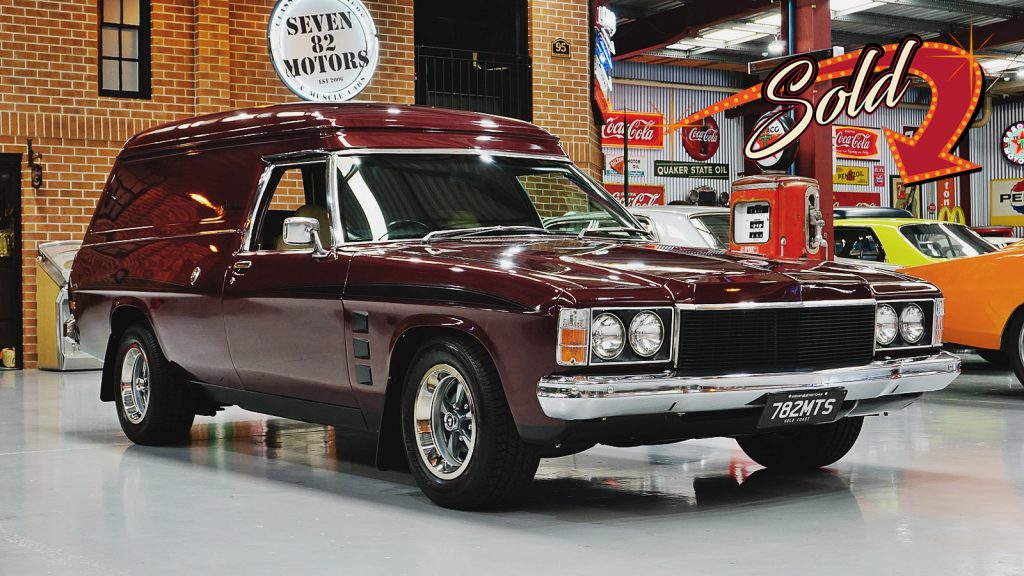 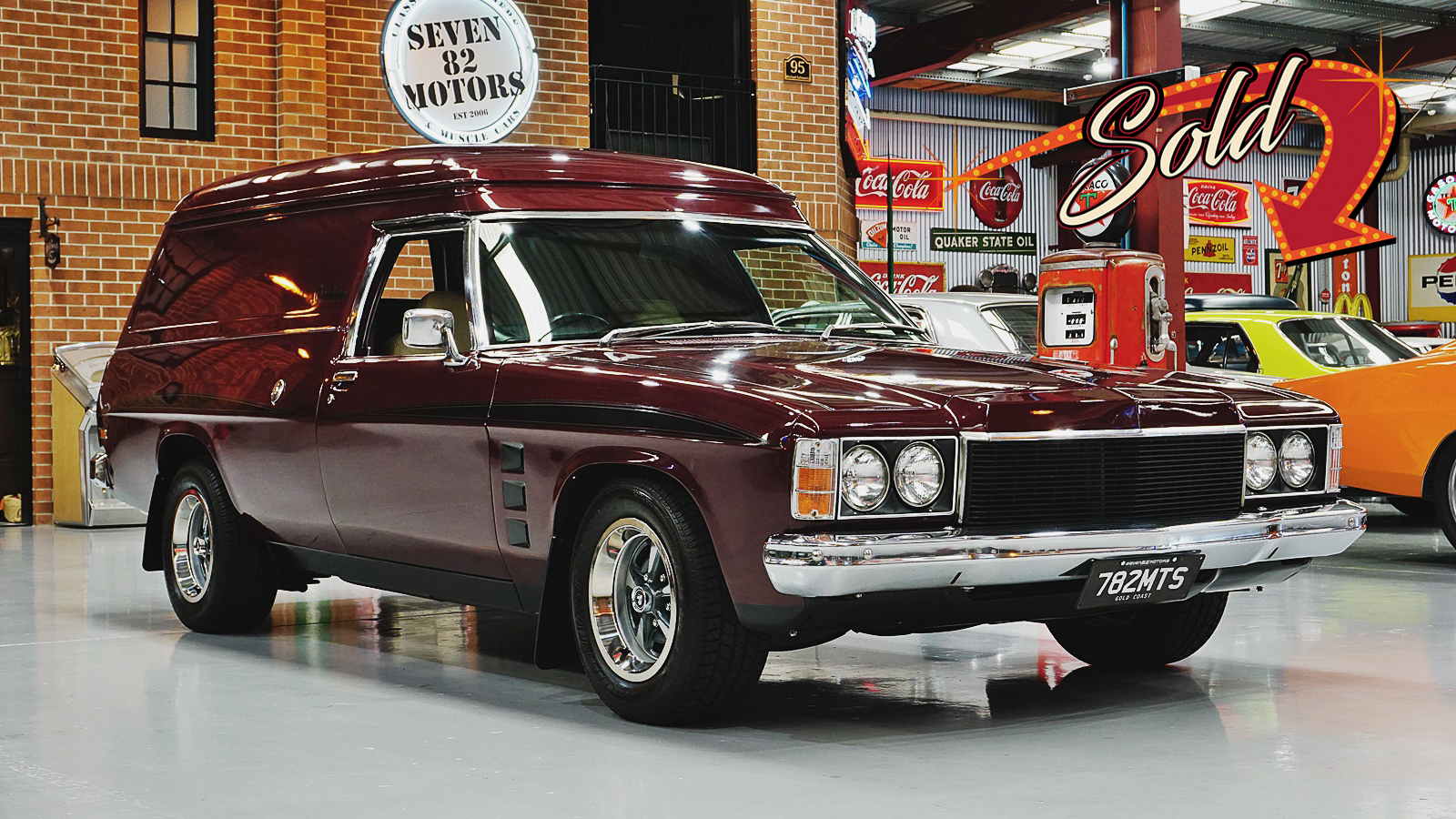 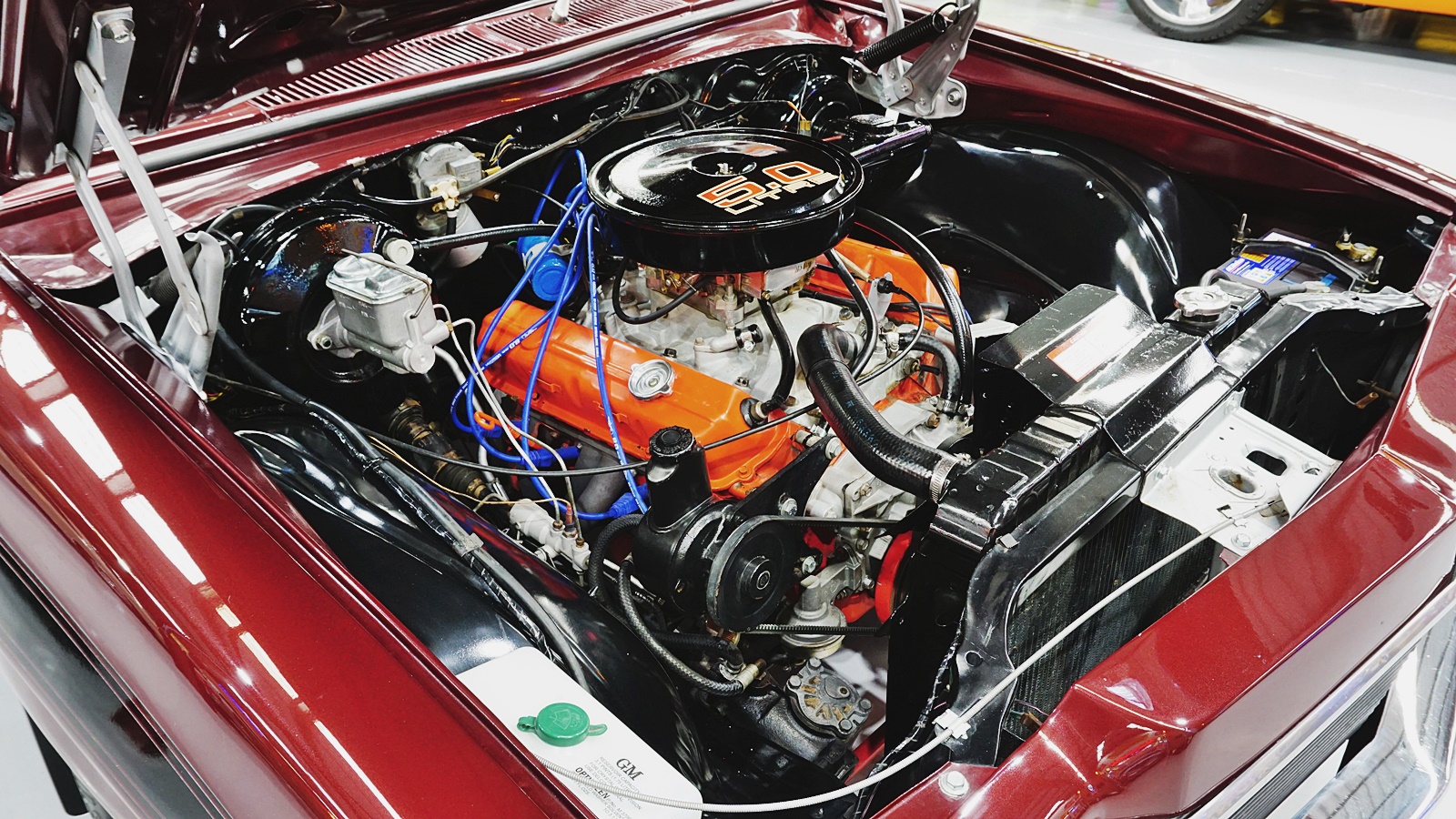 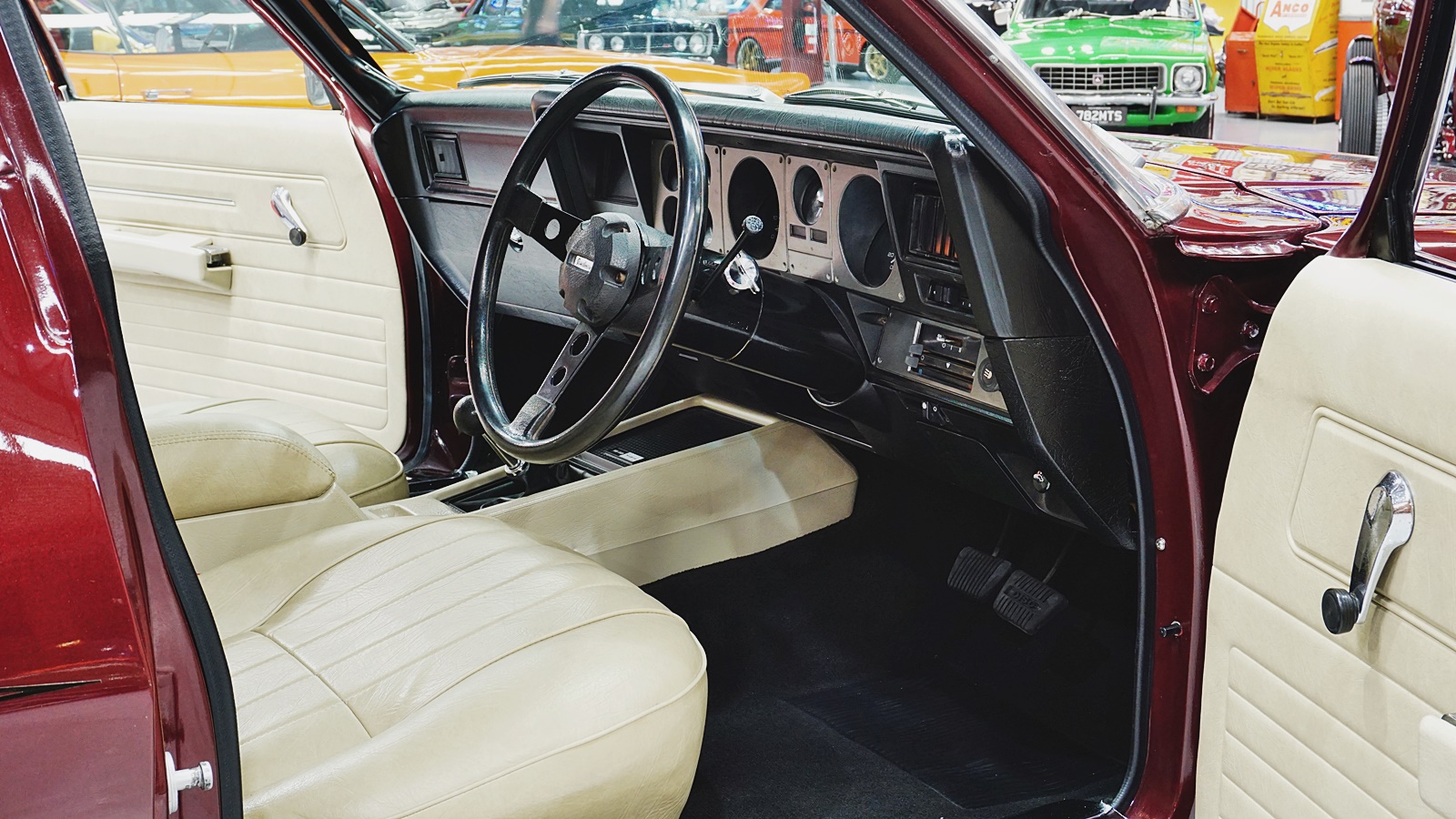 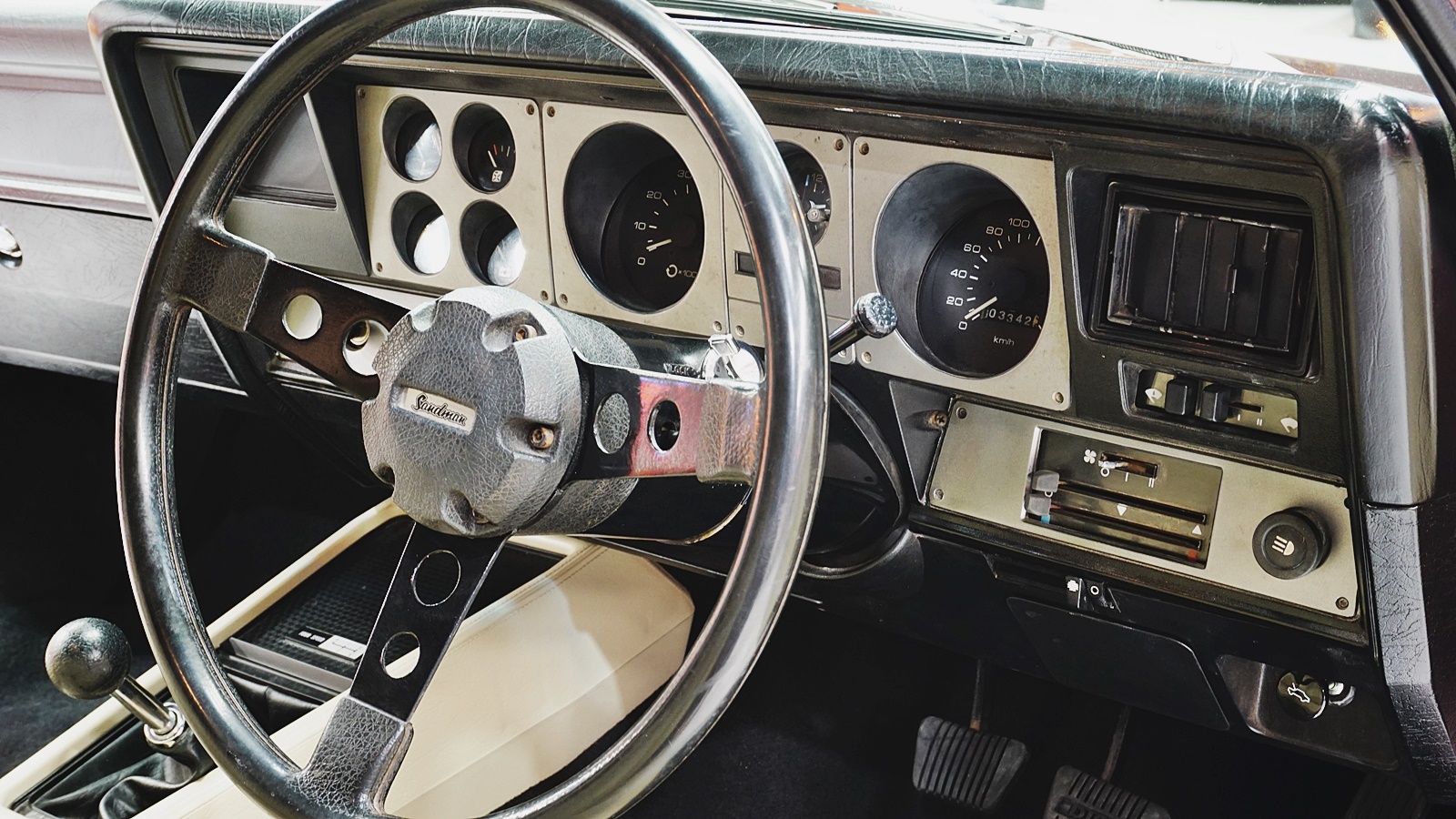 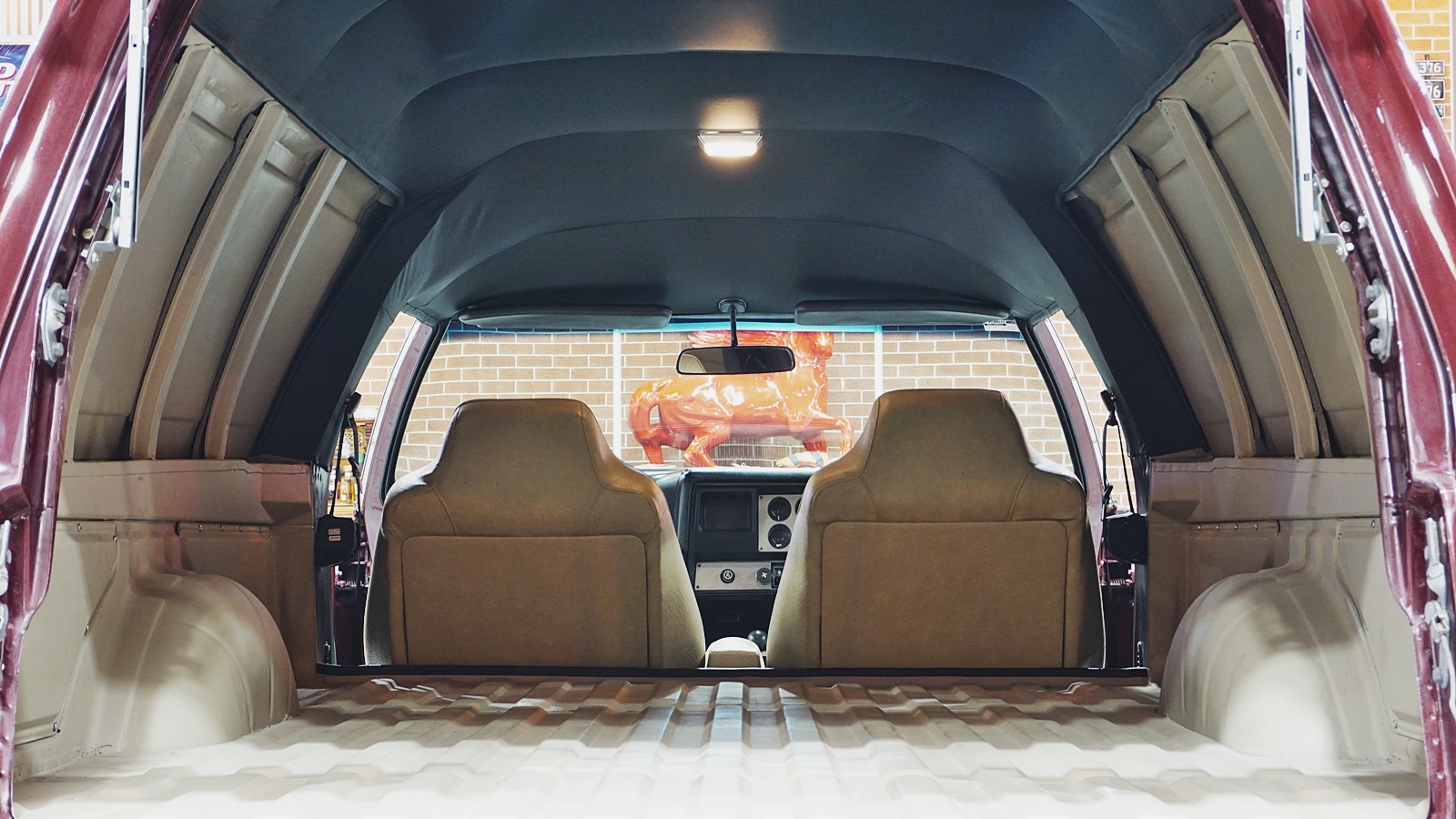 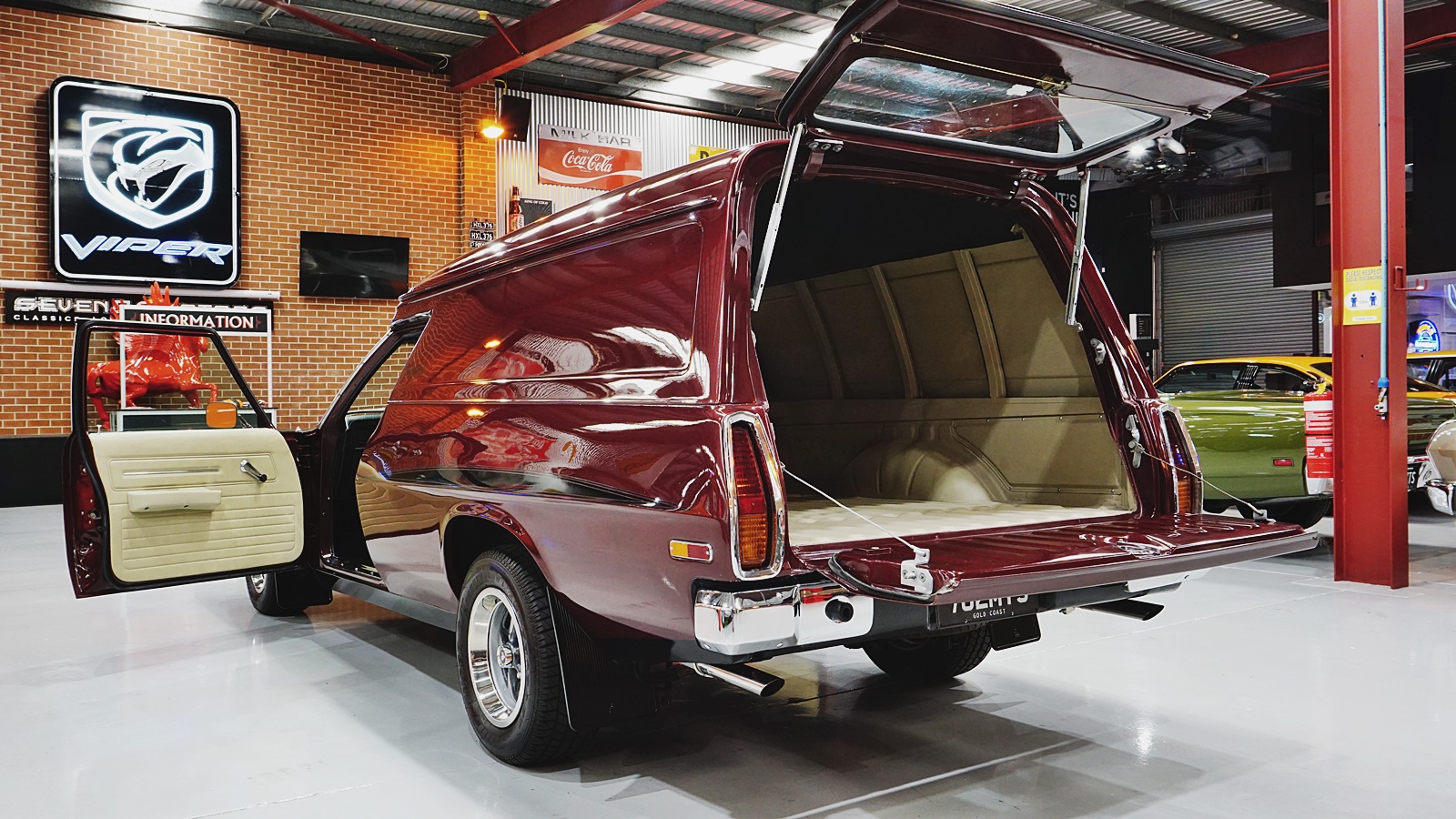 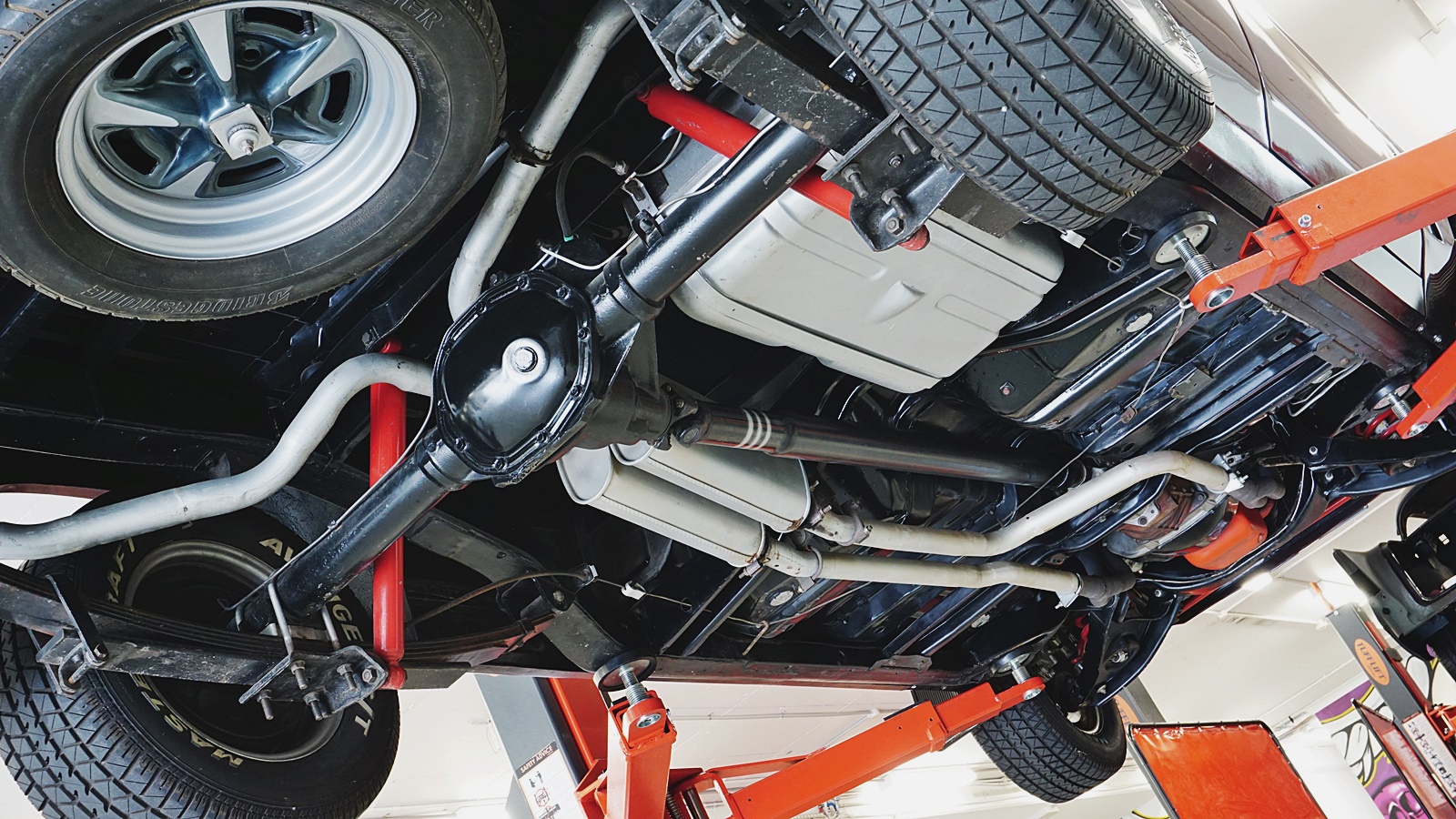 This is a well restored example of an original, 1974 Holden HJ Sandman XX7 windowless panel van. The Holden Sandman panel van is somewhat of a cult car from the ‘70’s. They have a huge following and a great collectability in today’s market. One of the best things about this particular example is the fact it is a Brisbane built car coded ‘XX7’ on the tags. The Brisbane-built cars were the only ones that were nominated using the code ‘XX7’ on their build plates to confirm they are genuine factory Sandmans. All of the cars built at every other plant were not coded like this which means you have to follow a series of clues to try and prove their authenticity.

This van was purchased by the current owner approximately 15 years ago. At the time the van was black and had been ‘80’s modified but it was an original XX7 plated, 308, 4-speed van that had never had windows cut into it, with all of the right ingredients. The plan was to put the van back to original, so it was stripped back and fully repainted using PPG Acrylic in its original colour of Claret. Once the van was painted it had a new set of black Sandman decals applied to the car to ensure everyone can identify it. The GTS rims were widened from 6” to 7” and there is even an GTS spare underneath the car.

Inside the car had a funky ‘80’s fit out and the trim was black so the current owner returned it to the original Chamois colour with black dash, carpets and full length headliner. The correct style GTS dash and console remain in place. The fit out in the back was stripped out and put back to bare bones, the way it would have left the factory.

The original 308 ci engine had been ditched years ago and replaced with a 400 ci Chev and auto trans. Wanting the car to be as correct as possible, the owner hunted down a period correct, July 1974 308 ci V8 block and reassembled the car to factory specs using this. The engine is paired to a correct style M21 4-speed manual transmission which was stripped down and rebuilt. The diff is running the original type 3.08 gears. Power steering makes the car nice on the road and easy to get around in.

The result of the above is a nicely restored 308, 4-speed, windowless, XX7 Sandman panel van. The car was a labour of love, worked on after hours and during weekends. She was completed in approximately 2015 and has been well cared for and looked after since.