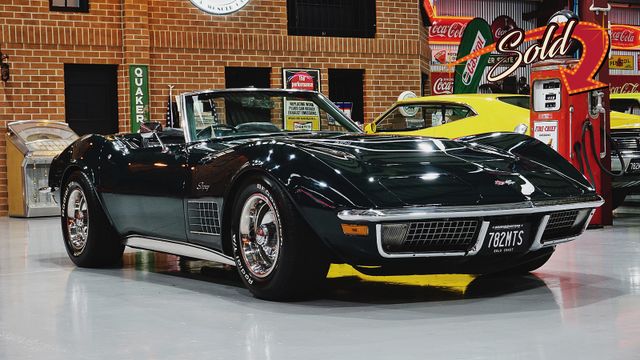 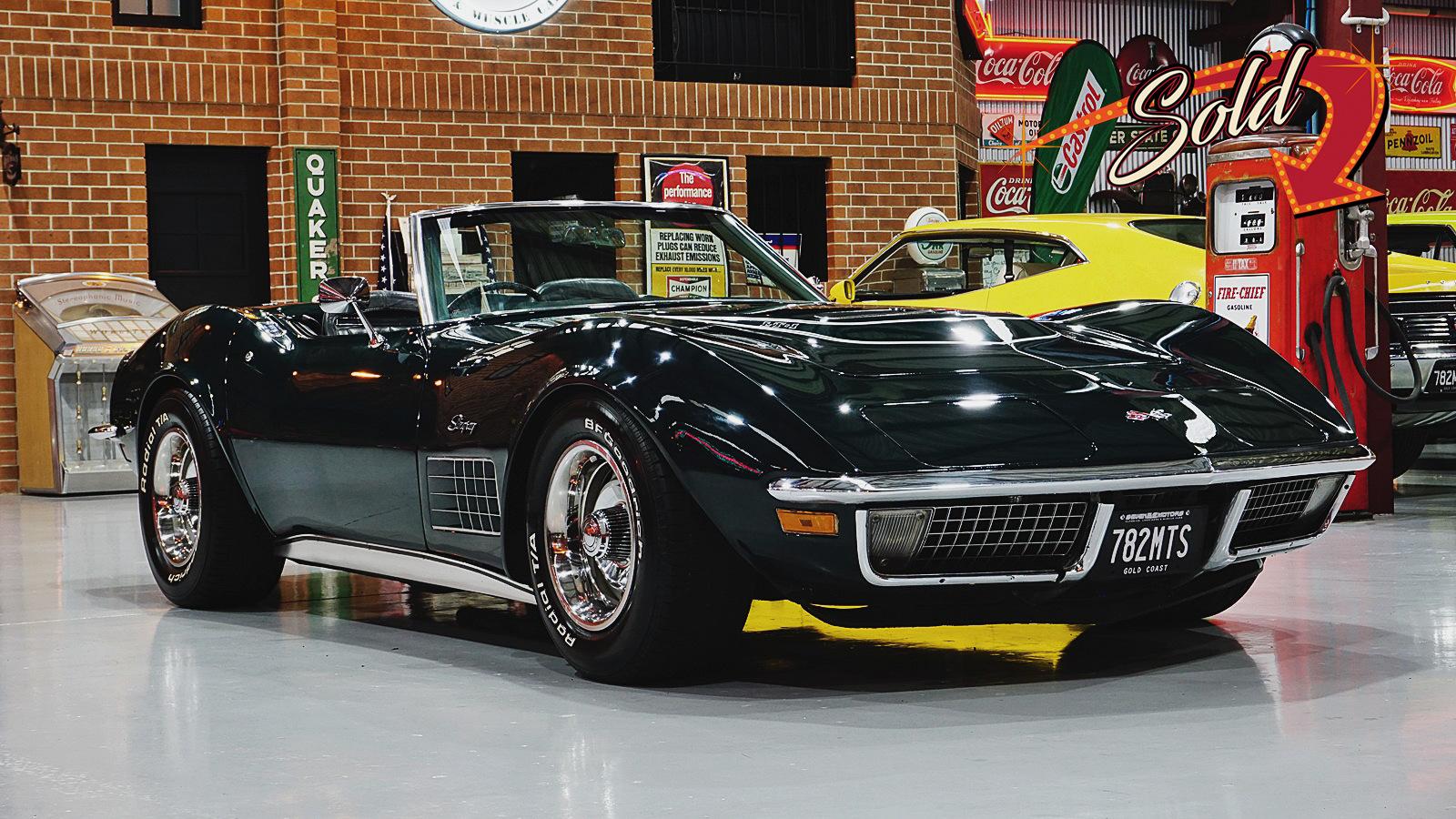 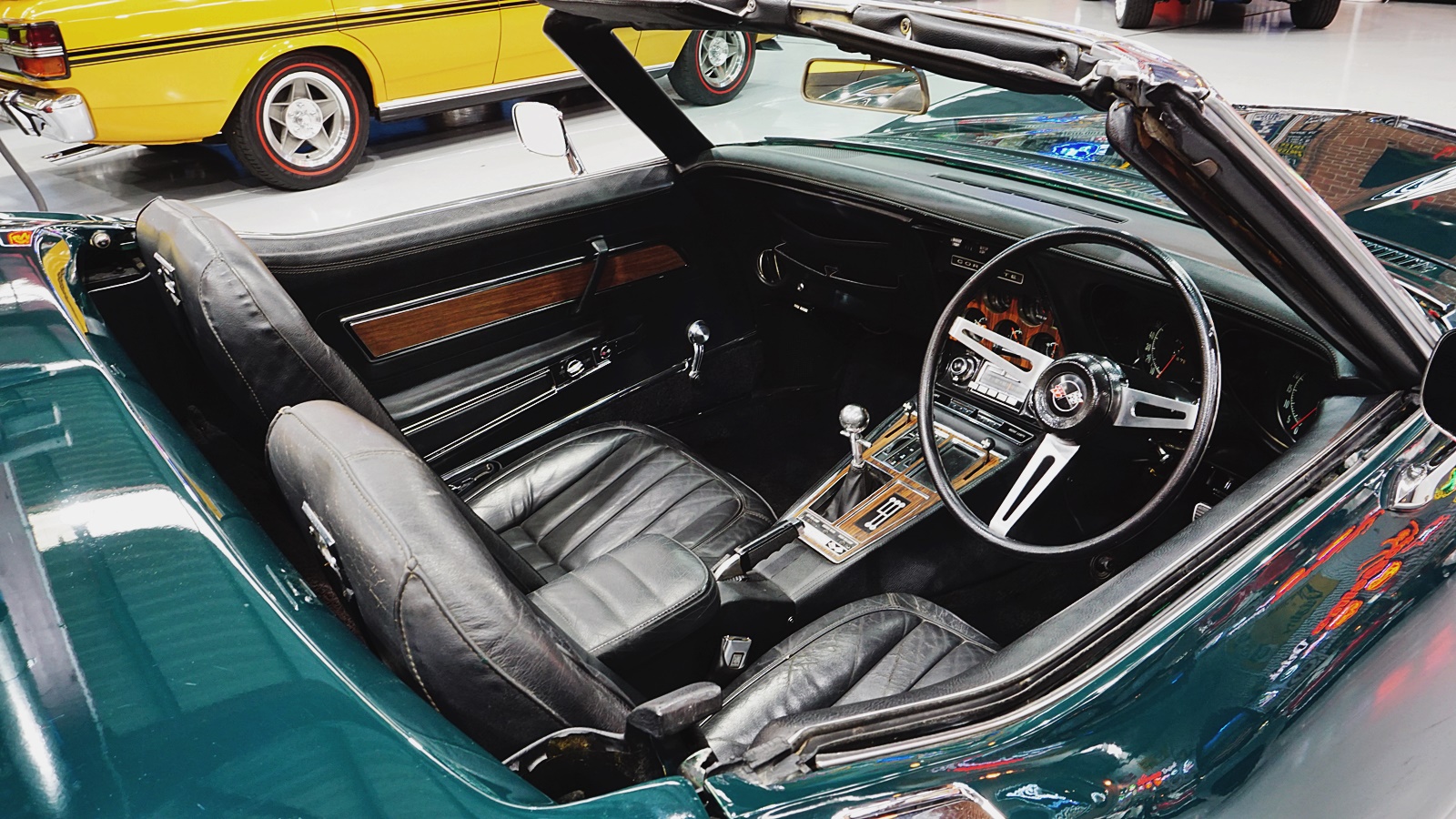 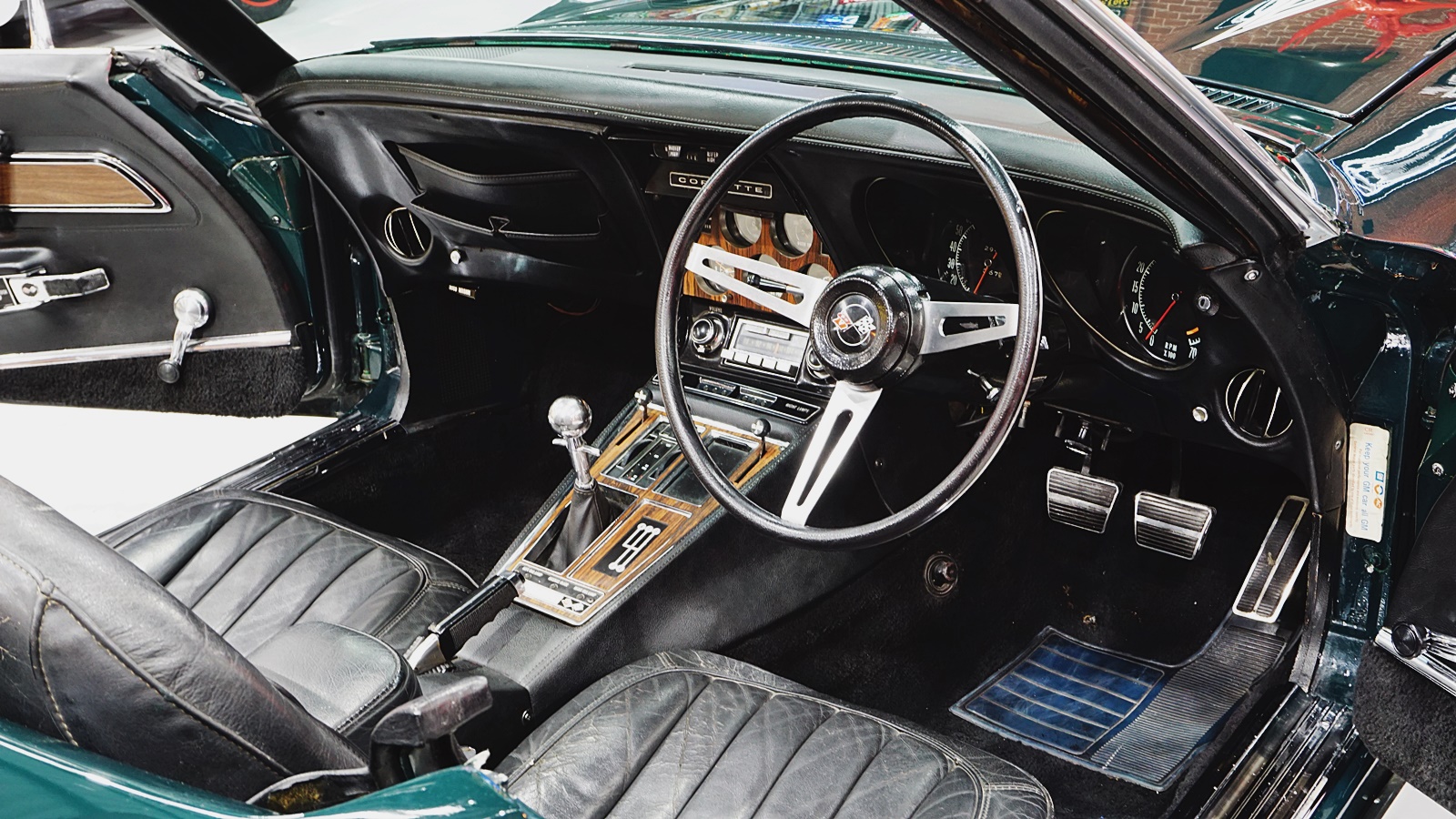 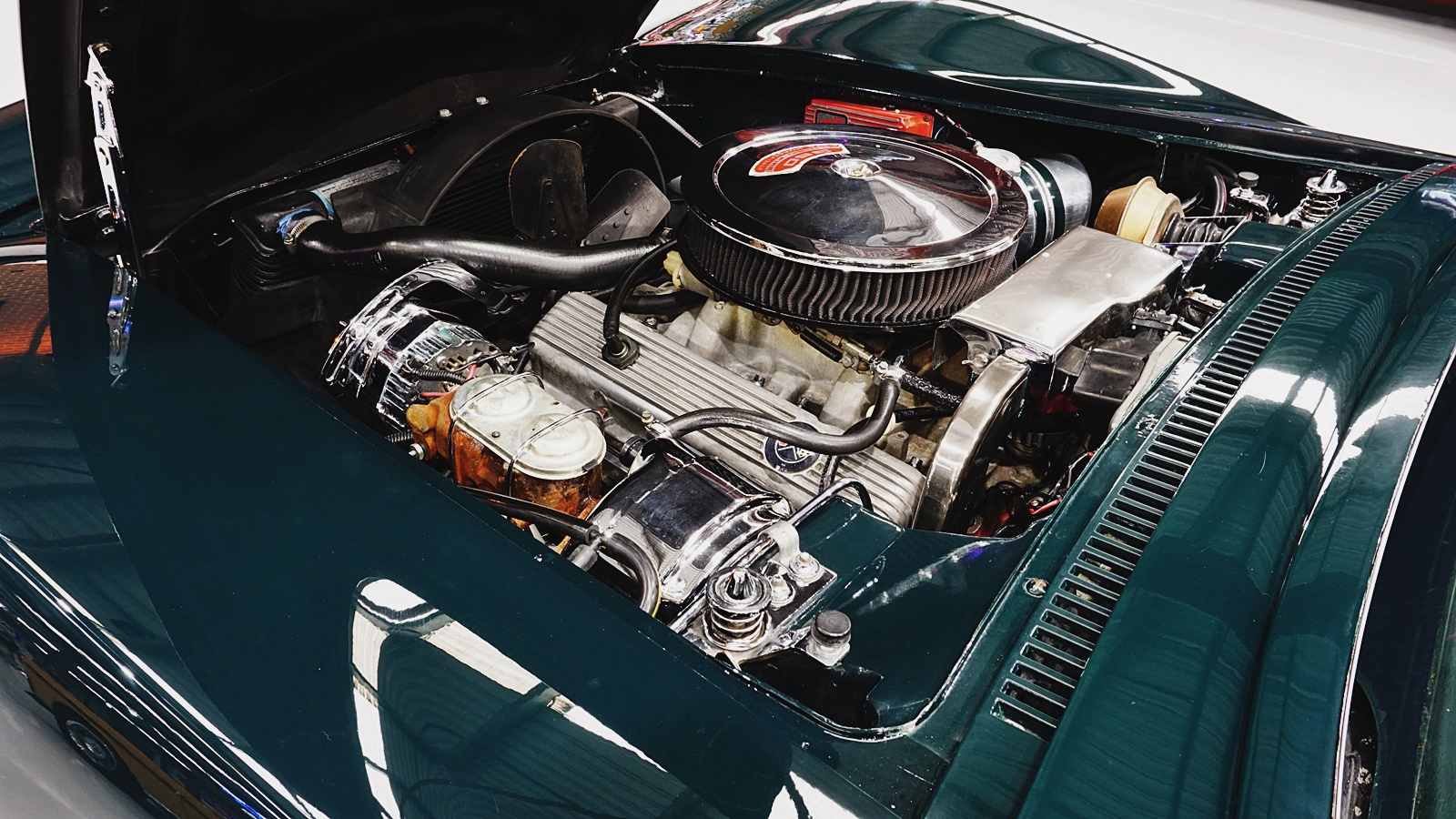 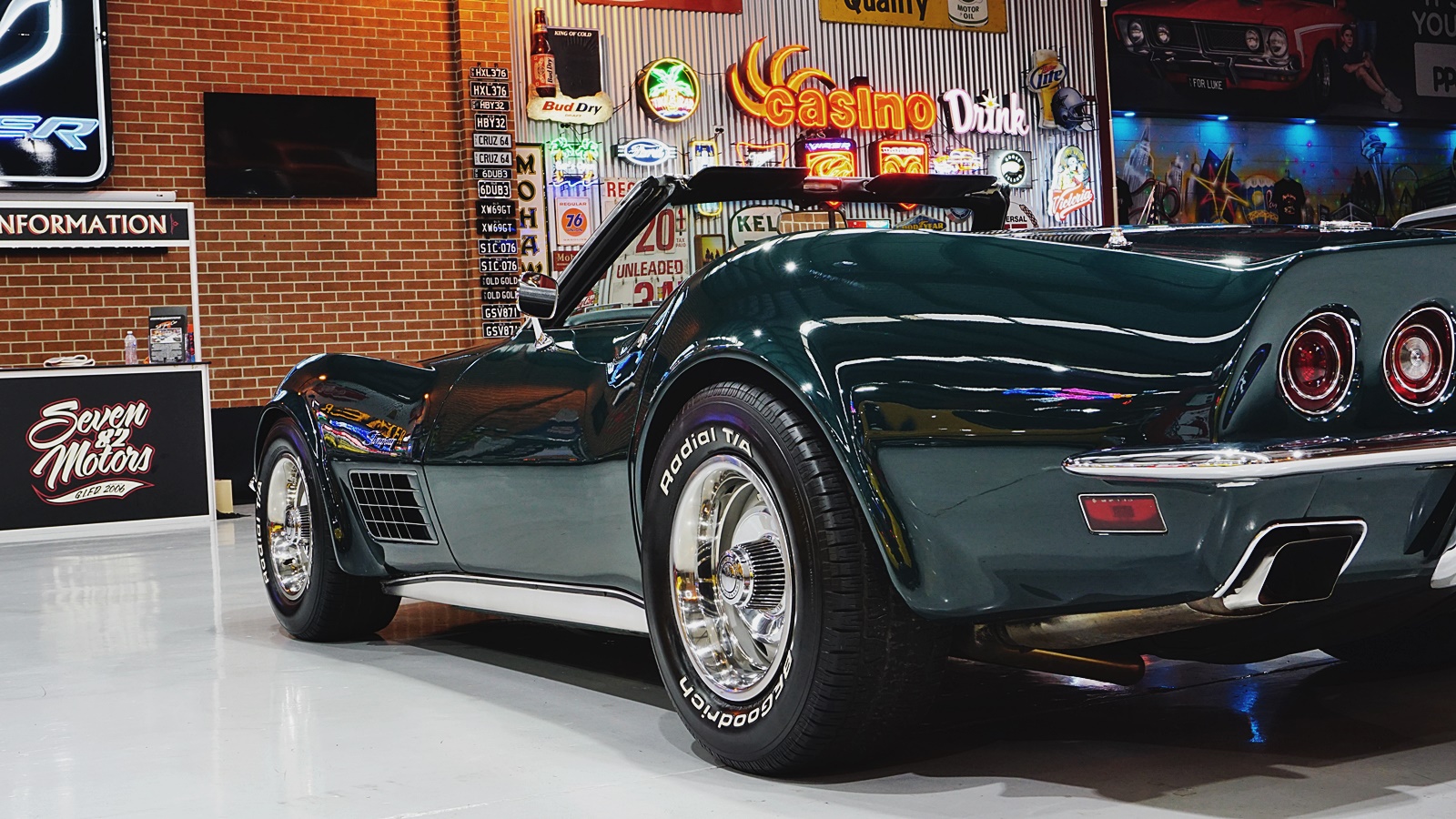 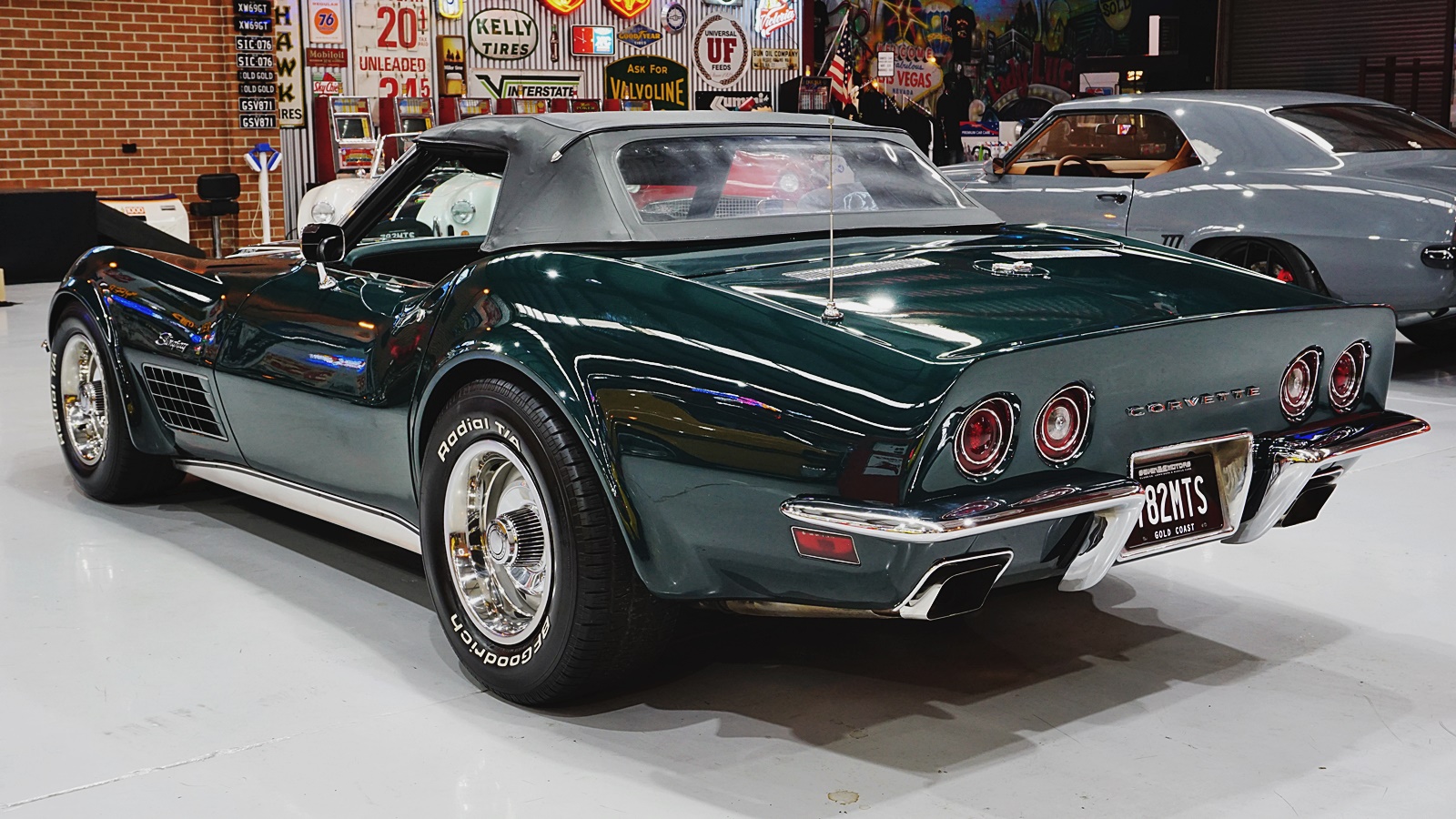 This 1971 Chevrolet Corvette LT1 was imported to Australia in 1994 and converted to right hand drive in 1997. The LT1 boasted a high-revving small-block V8 engine that produced huge torque and horsepower. Compared to the big-block alternatives, the LT1 provided the same basic power concept, but in a lighter package. Thanks to the smaller, lighter engine, thus lending a much better handling and overall driving dynamic.

This 1971 LT1 Convertible has the solid-lifter 350/330 HP V8 engine with 360 lb-ft of torque and a 4-speed manual transmission. The engine has been built with aluminium high-rise manifold, aluminium Edelbrock heads, forged TRW pistons, forged steel crank, four bolt mains block and an MSD 6AL electric ignition system. A total of 1,949 LT1 Corvettes were built in 1971, marking them as rare vehicles indeed. The LT1s originally cost more than Corvettes equipped with the 454 ci V8, but there was a lot of engineering behind the small block. The M21 close ratio 4-speed manual transmission was non-negotiable equipment when the LT1 engine option was ordered. Power is fed to the rear wheels via a 3.36 Positraction rear end. Factory options include power disc brakes and power steering. The car is fitted with a 2-inch stainless steel extractors and a 2 ½ inch stainless steel exhaust.

Outside the car is presented in its factory colour of Brands Hatch Green. This car has the correct style LT1 bonnet with LT1 badging clearly visible on the sides of the bulge. The car sits on a set of original style rally wheels with white lettered BF Goodrich T/A radial tyres. The soft top on the car has been replaced with a new black canvas with a nice clear plastic rear window. Inside, the black leather on the seats appears original. The right-hand drive conversion would have been a hugely expensive process but certainly makes for a nice change here on Australian roads.