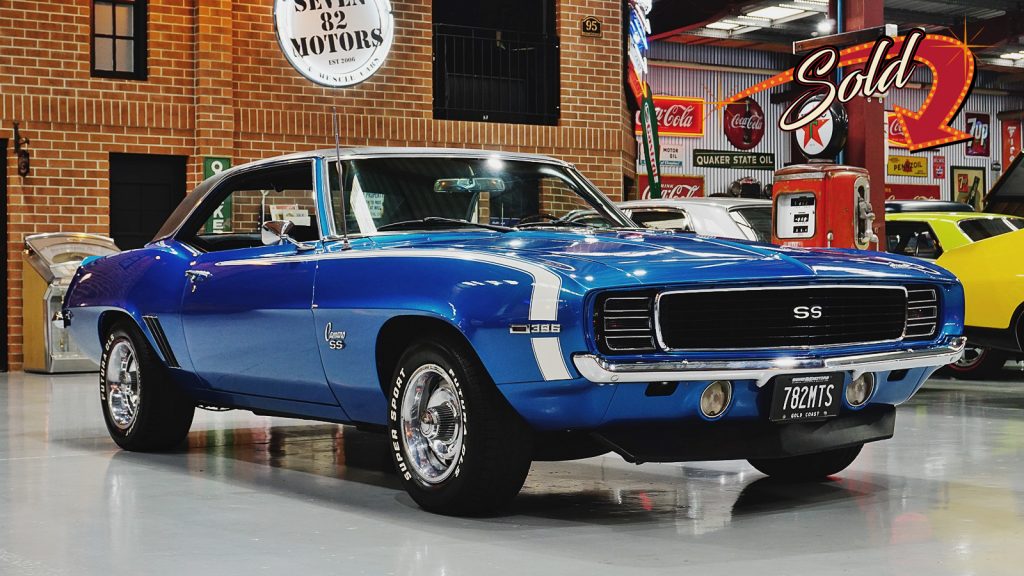 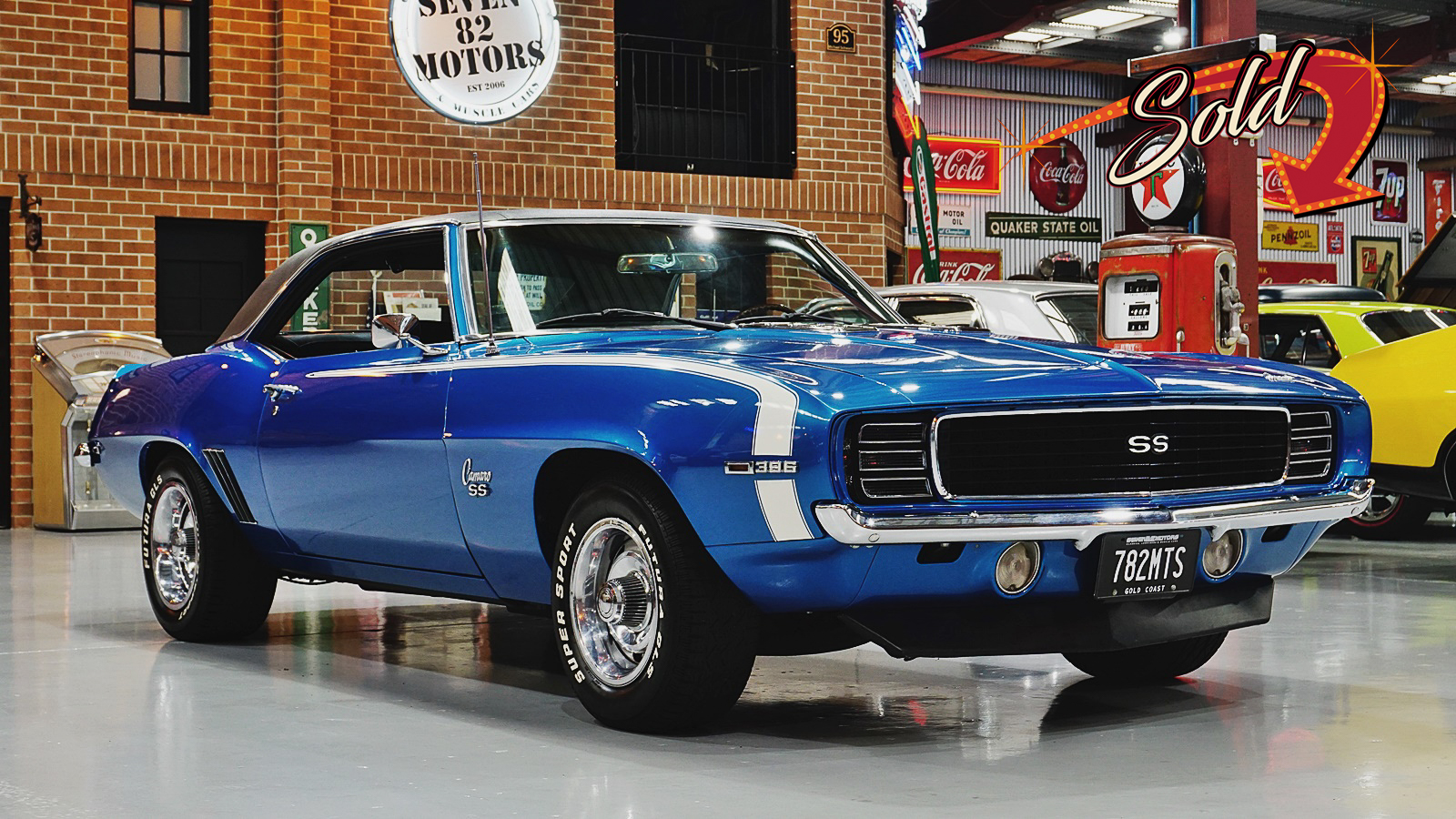 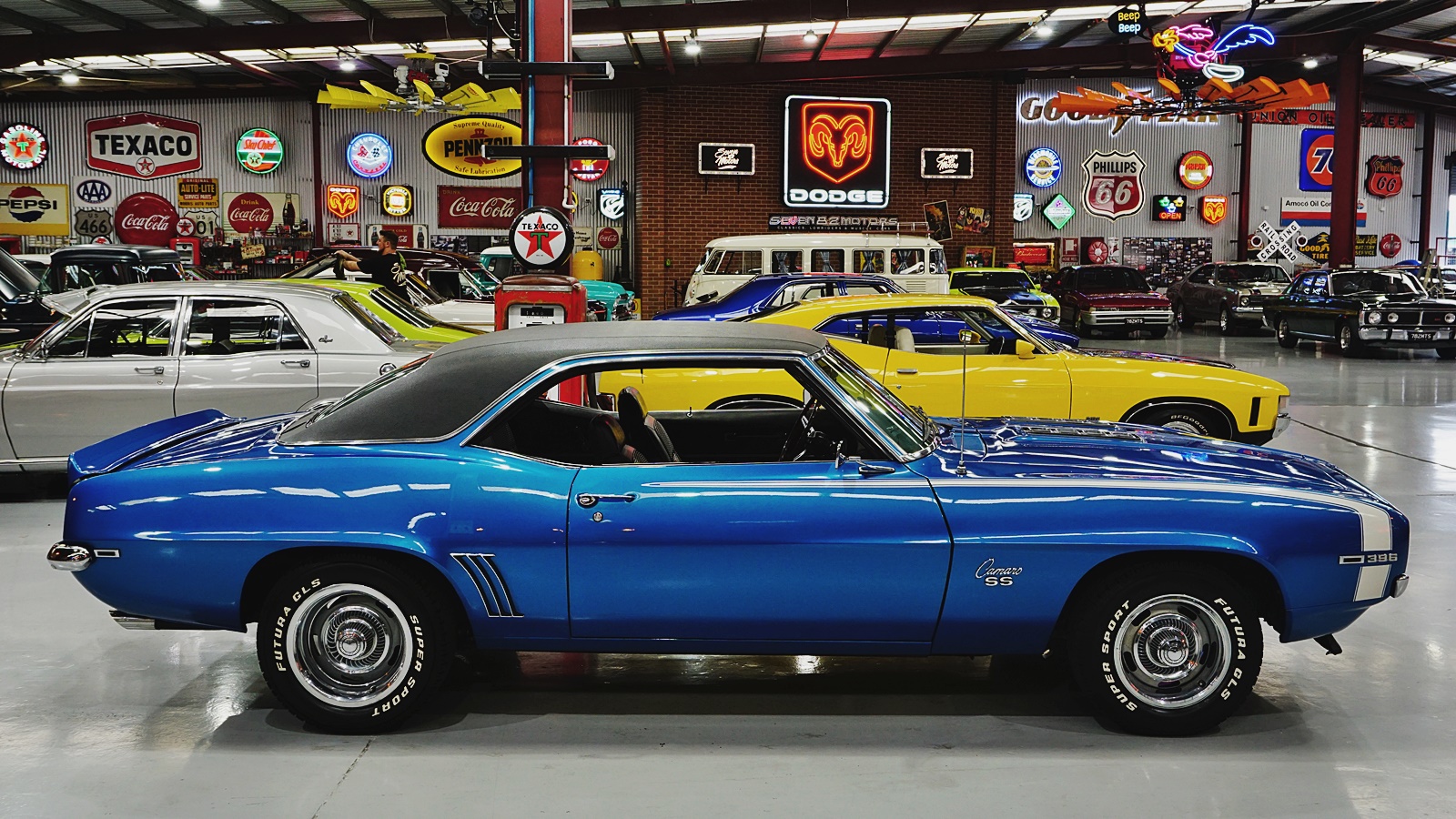 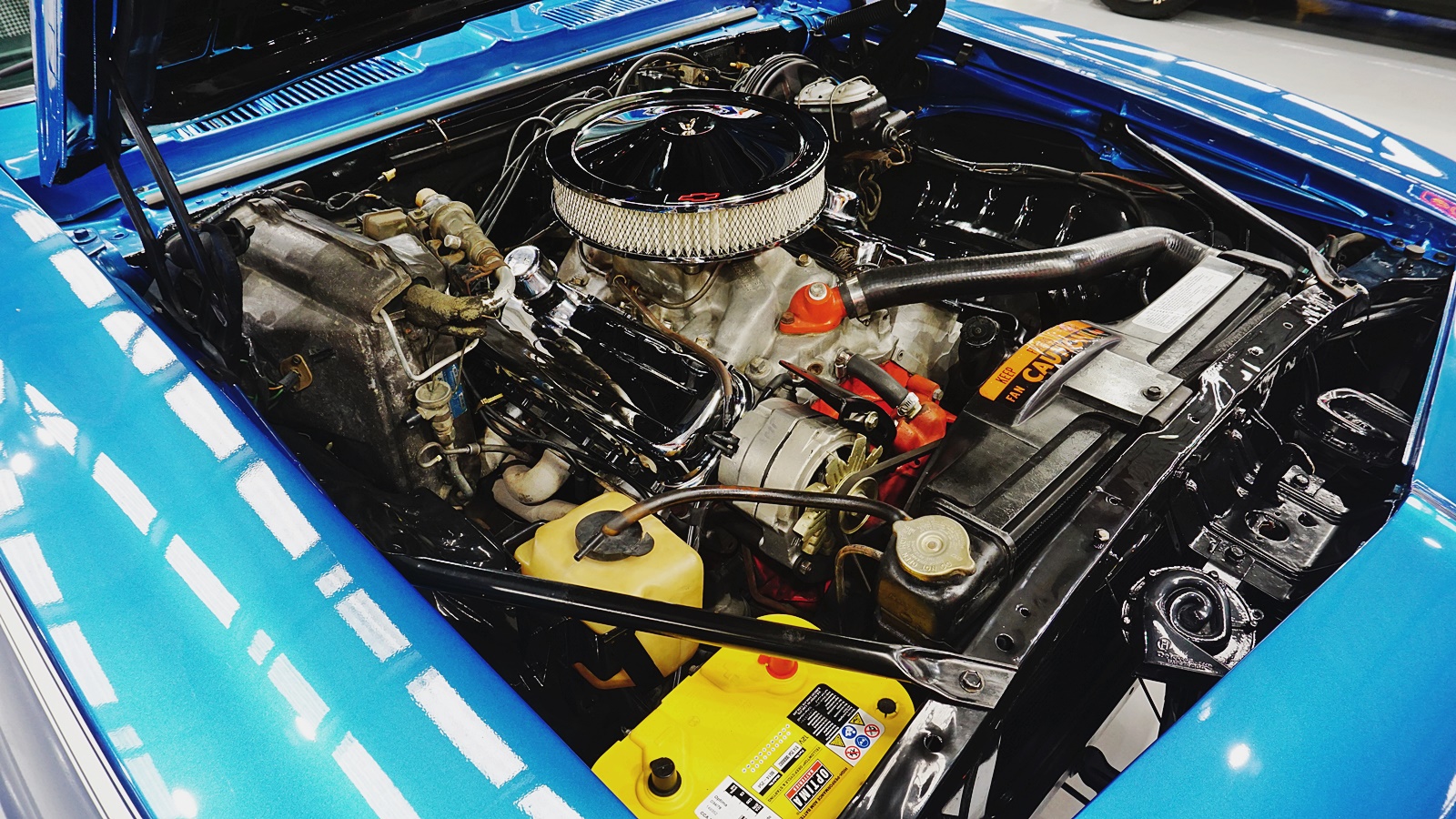 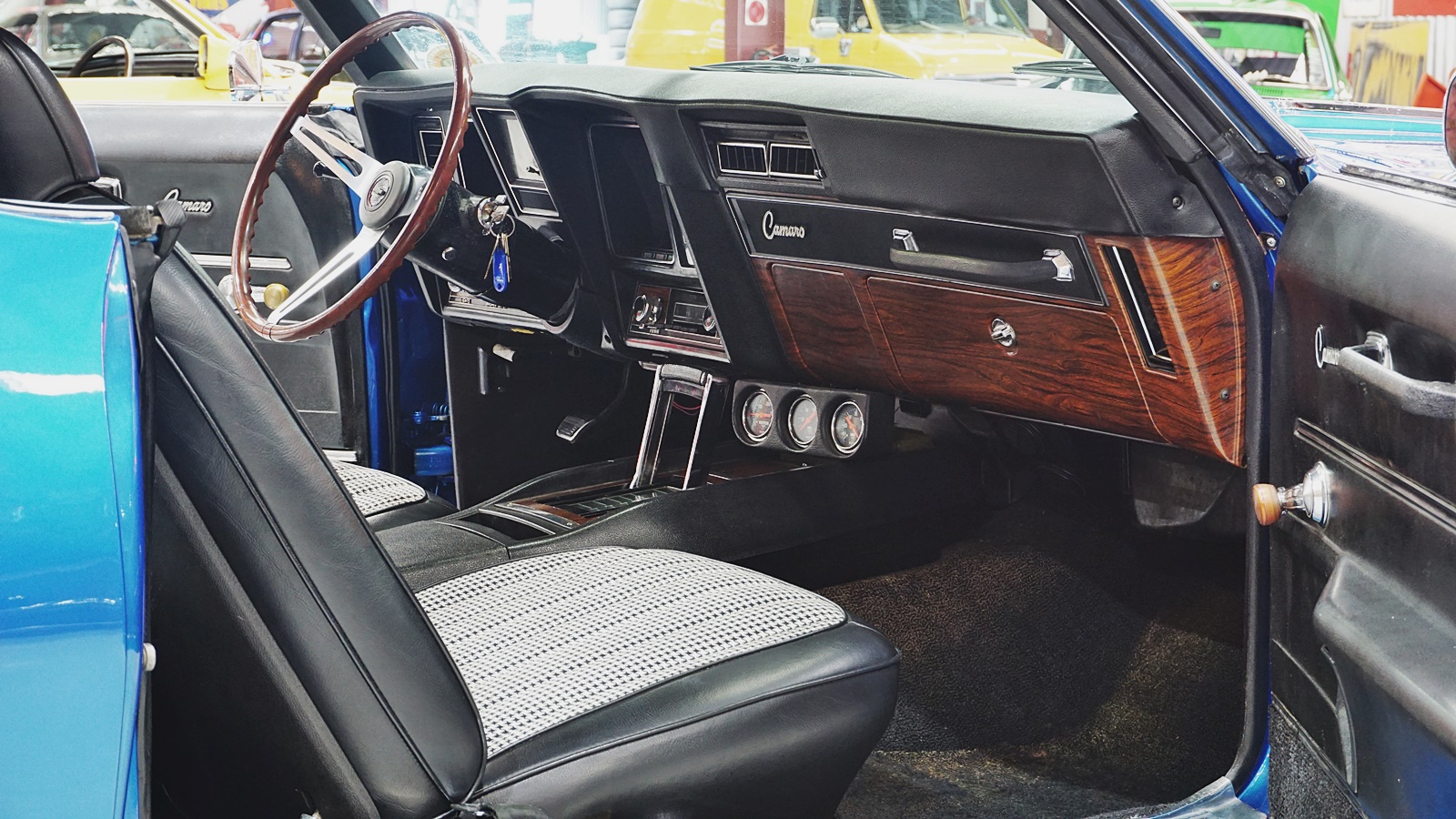 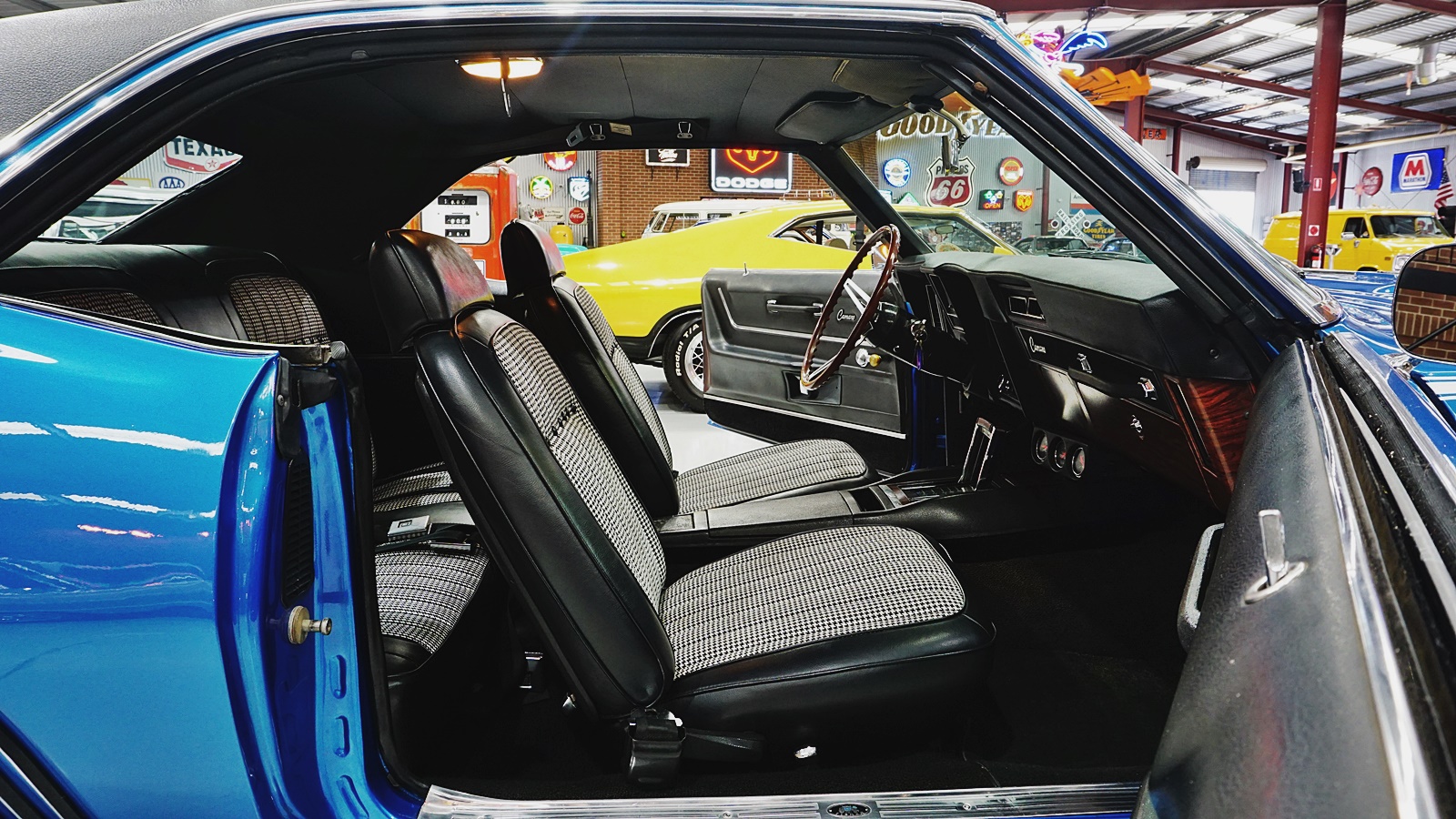 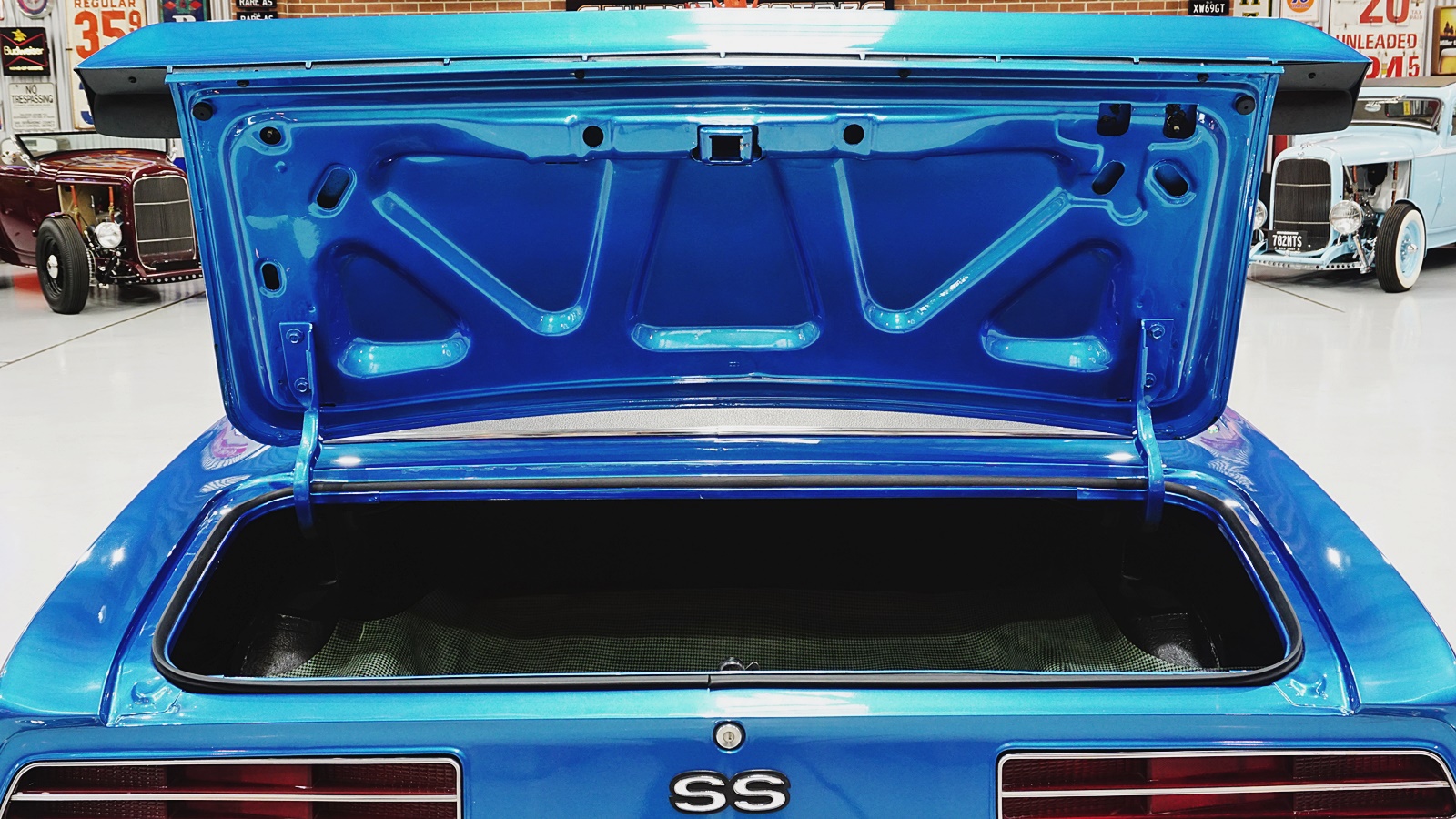 The 1969 Chevrolet Camaro RS SS big block is an iconic muscle car. 1969 was the last year and the most desirable model of the first-generation Chevy Camaros. It’s believed to have been ordered as a factory 396 CI V8 big block car with the hugely desirable RS and SS packages.

If you know these cars well, in 1969 there was no build code or tag stamping to confirm that a car is an original RS or SS. You have to rely on following a series of clues to try and discount it from being factory. This car does appear to tick the appropriate boxes which includes: the 396 CI V8 big block, Power assisted front disc brakes, 12 bolt diff with staggered shock placement, bonnet flutes, hide away headlights with correct vacuum setup, trim and badging. While there is no definitive way to be 100% sure this car was originally this way from factory, the items checked above all seem correct.

The Camaro was purchased from a Police Officer in California by a well-known classic car collector who imported the car to Australia back in 1997. He purchased the car because he wanted a nice, straight, rust free example that hadn’t been extensively modified. At the time of purchase, the original 396 CI big block had been replaced with another 1969, 396 CI V8, but this time a high performance, 375 hp unit out of a ’69 Chevelle. The HiPo engine still had its original alloy heads, intake and carburettor which made this car an attractive proposition. The engine is paired to a Turbo 400 automatic transmission. The car still runs its original 12 bolt Chevy diff but instead of the original Posi with 4.11 gears that wanted to smoke the tyres everywhere, the car now runs an Eaton Posi with 3.55 gears.

When the Camaro was imported, it was initially a Coral colour, but the paint was beginning to fade so the owner stripped it down and gave it a full repaint in bright blue metallic. The paint and body were professionally completed in the early 2000’s and have held up extremely well, given the older nature of the restoration. The car sits on the original style rally wheels with white lettered tyres.

Inside, the car features a black factory style interior with houndstooth cloth inserts in the seats. The dash is original and still retains the original style radio. The automatic shifter looks like the thruster from a commercial aircraft and there is a small trio of additional gauges mounted above the centre console. This is a neat example of a high spec, big block, 1969 Chevy Camaro RS SS.