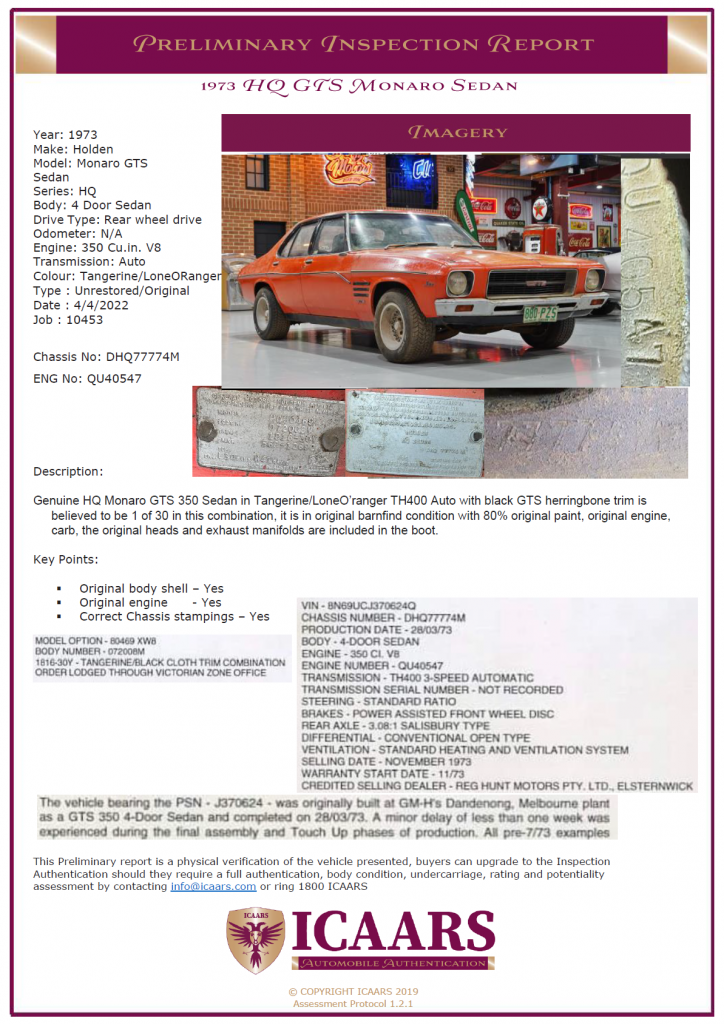 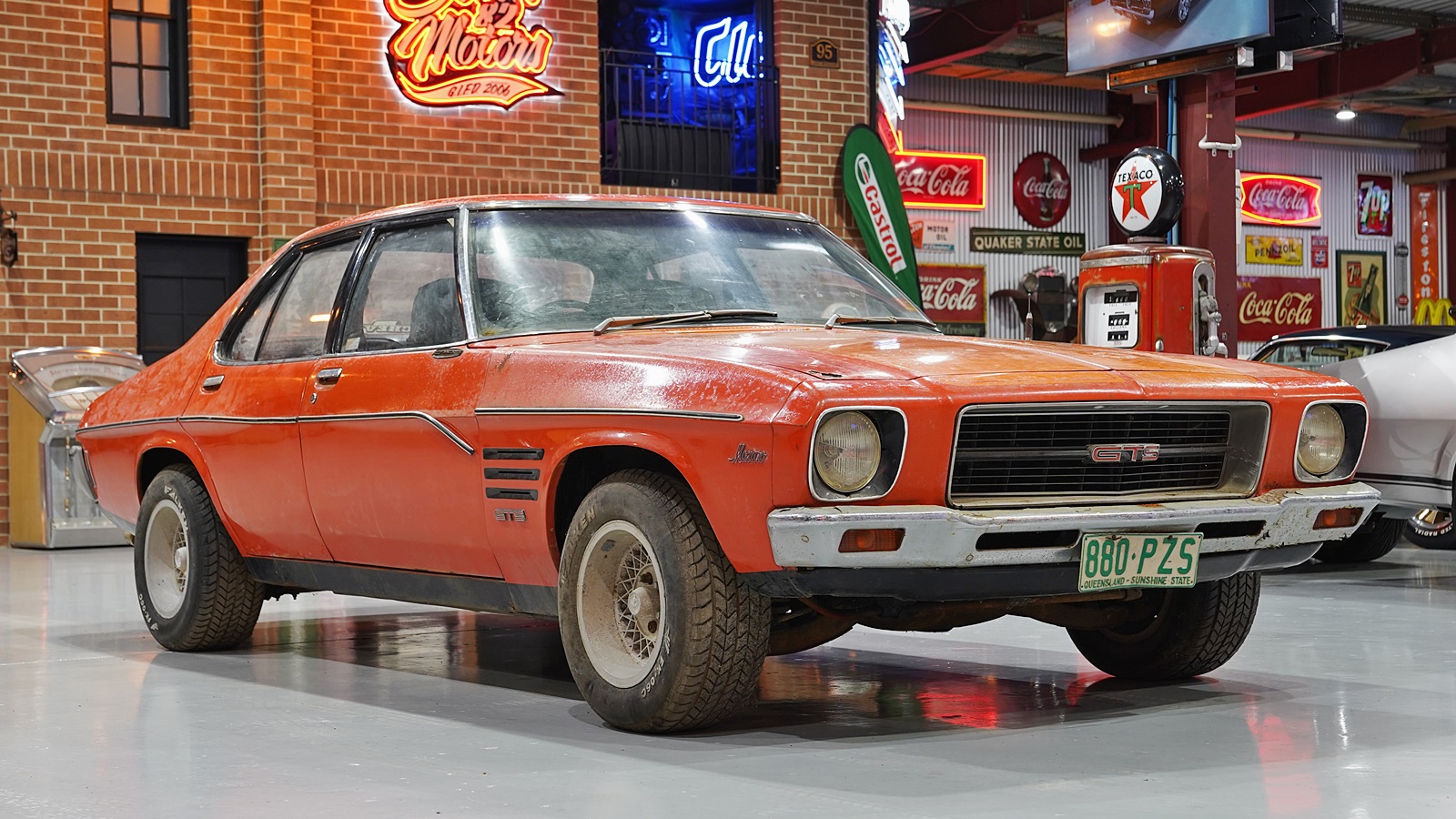 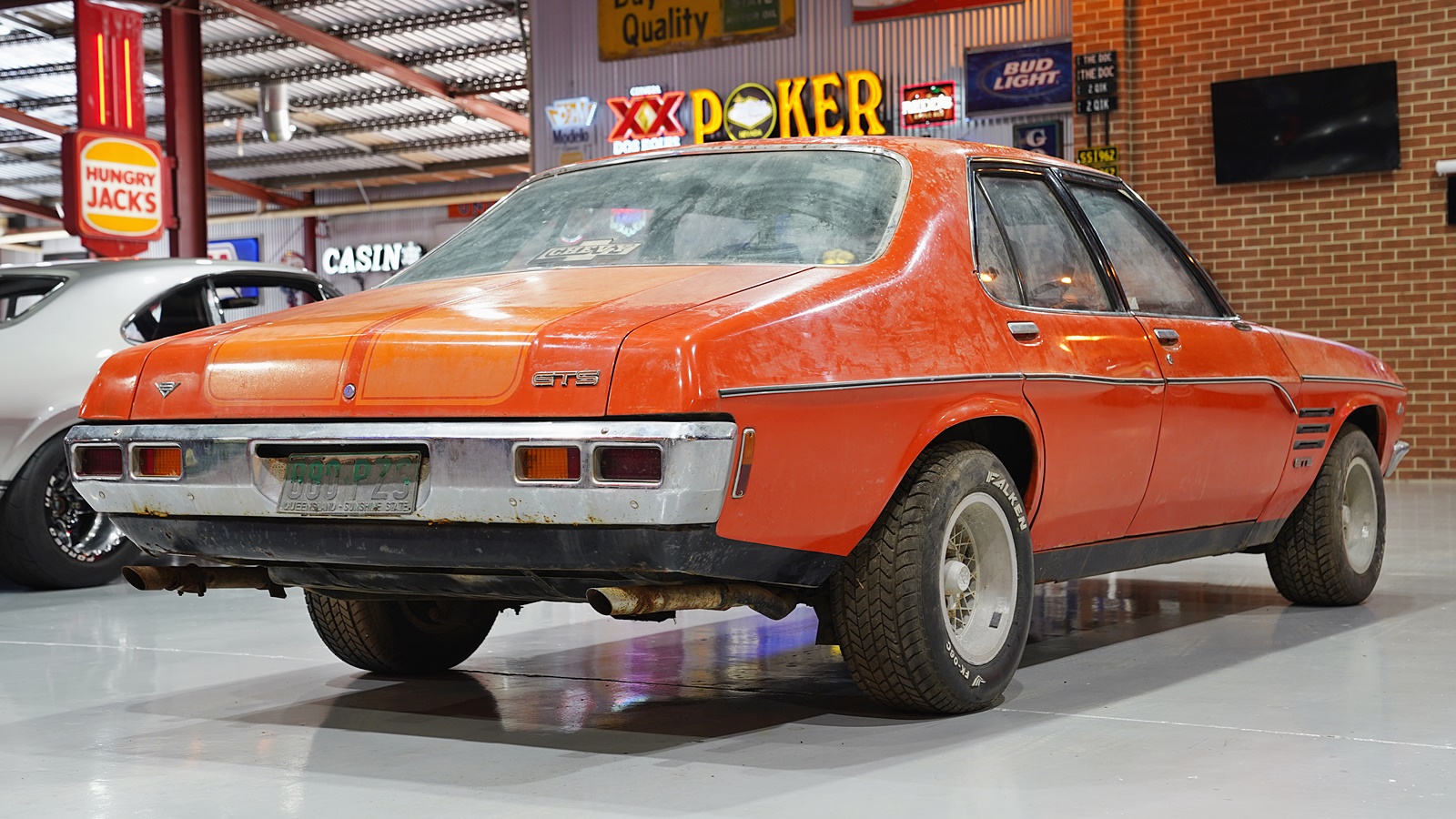 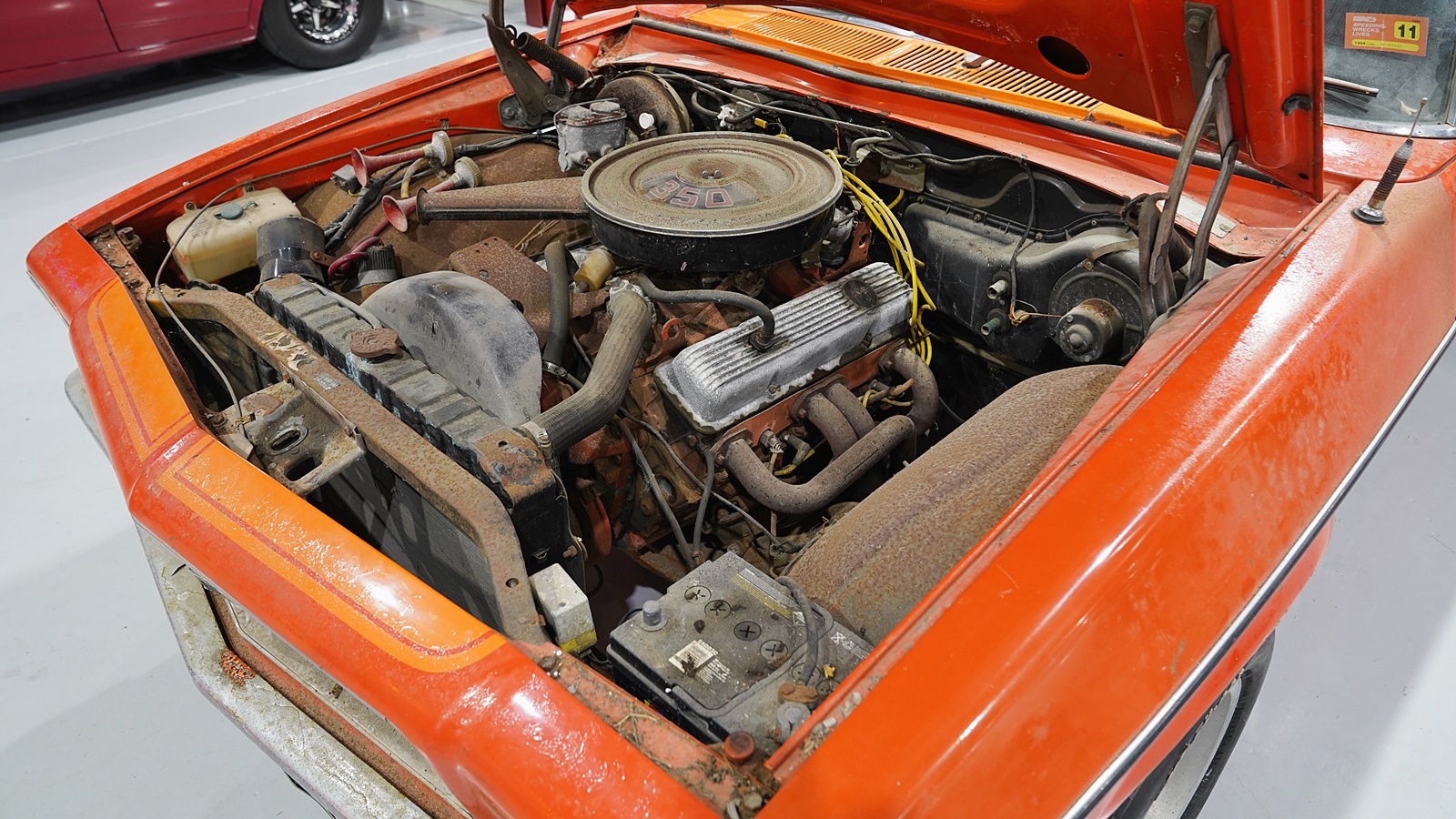 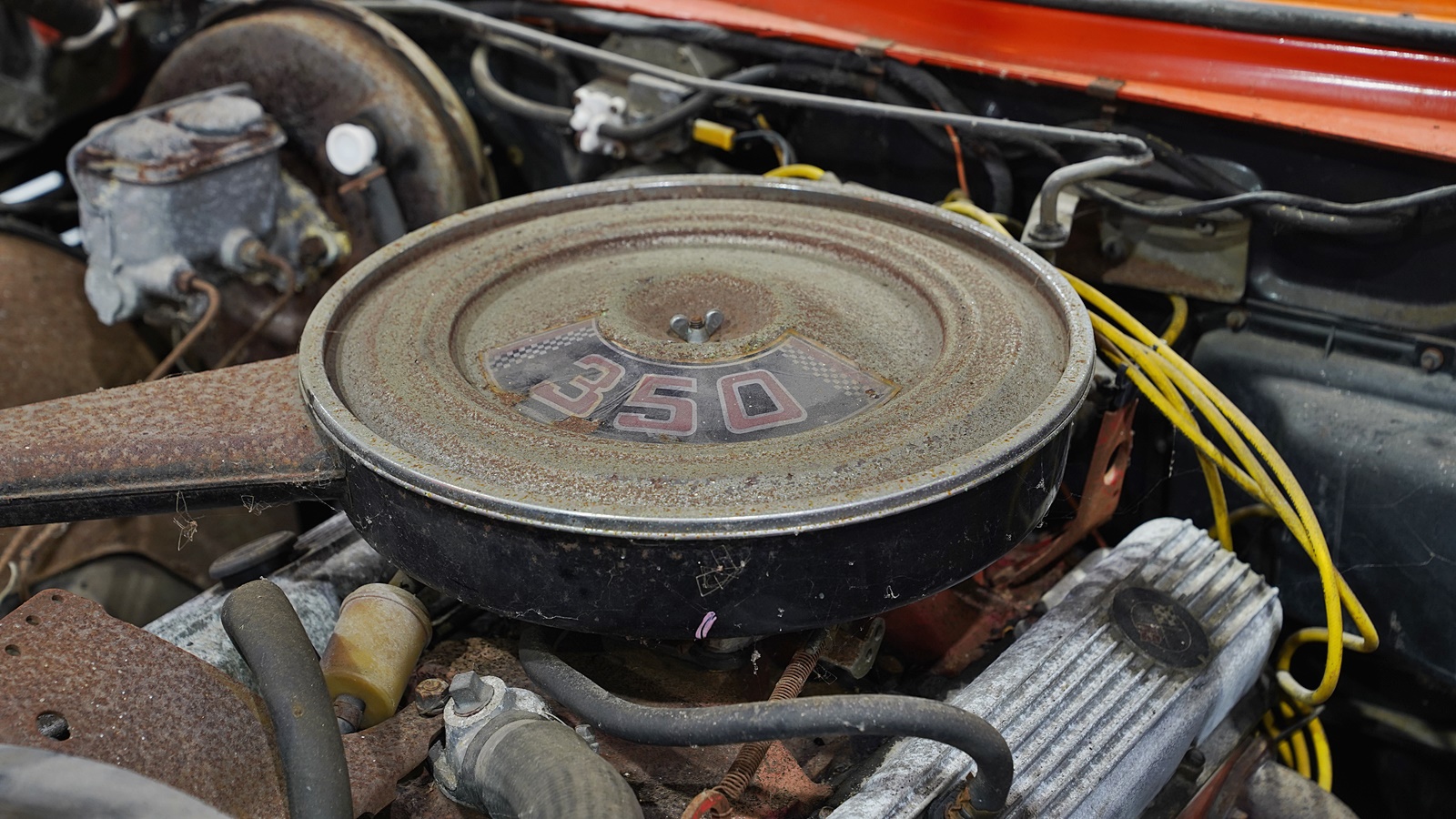 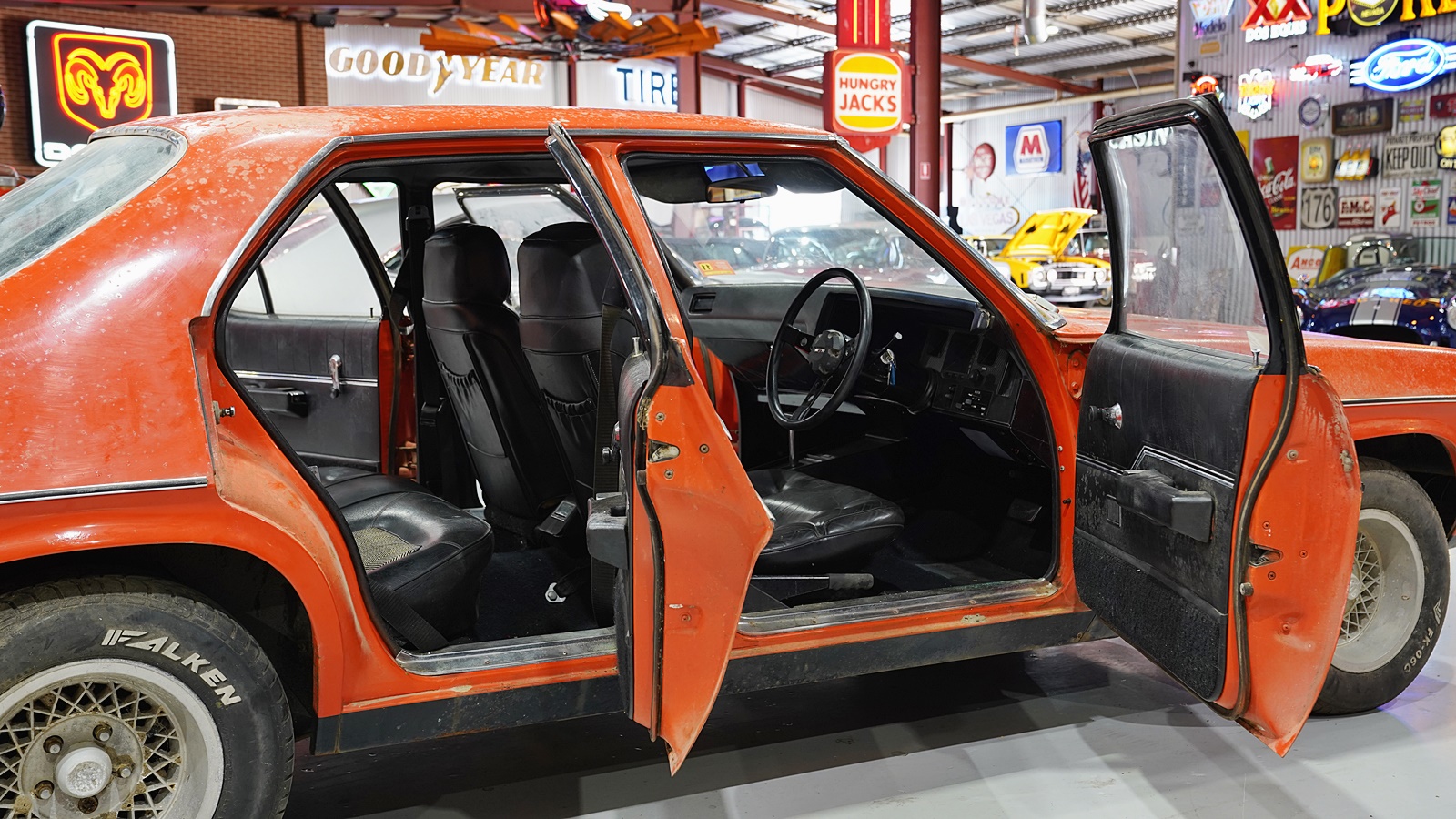 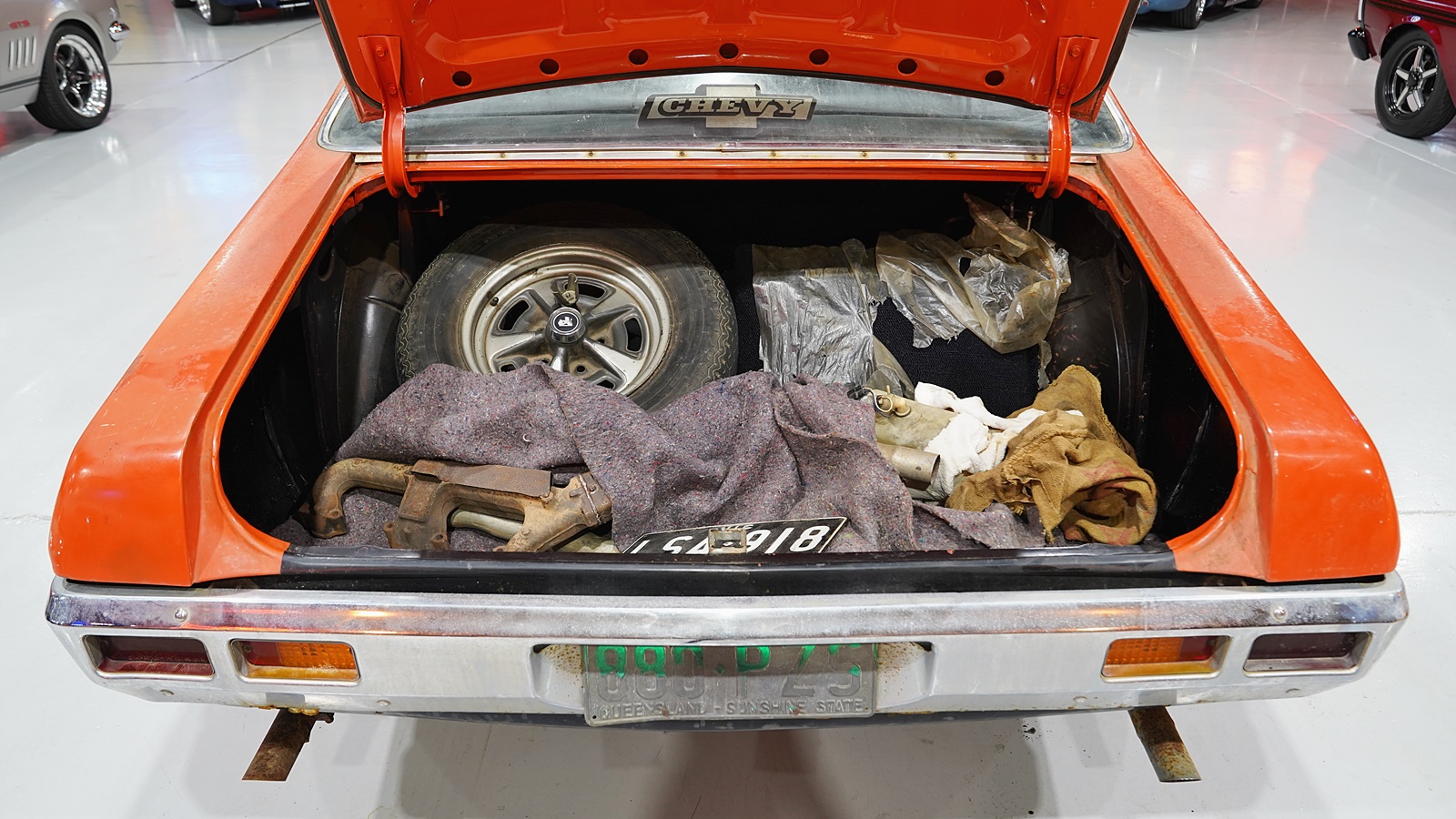 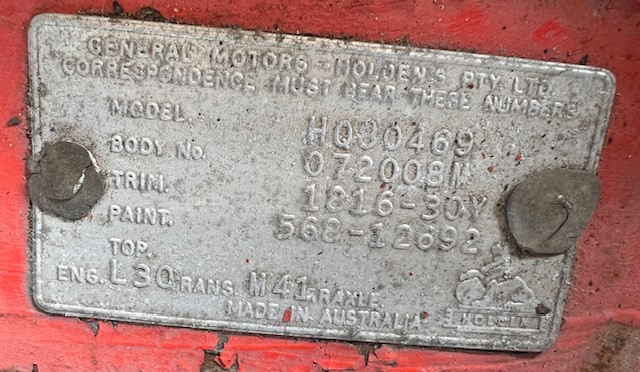 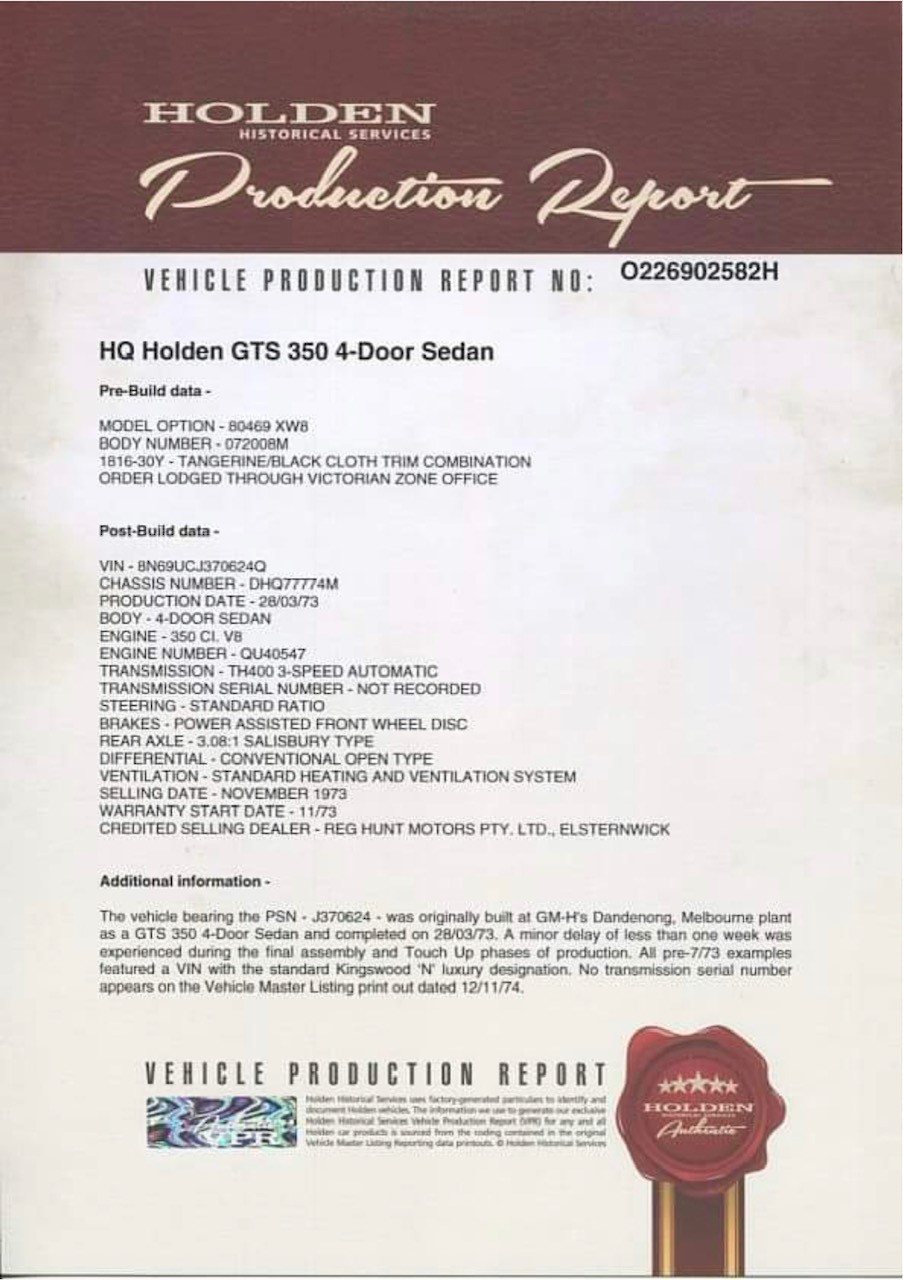 This 1973 Holden HQ GTS 350 Monaro sedan is an original, unrestored, 2 owner car from new. The current owners approached us about selling the car for them, and while we don’t normally deal in unrestored cars, this example was the perfect restoration candidate and a rare, top of the tree Aussie muscle car. While production numbers are not certain, it is largely agreed that only 214 HQ GTS 350 sedans were built with 150 being automatics and 54 in manual.

This example is a 2 owner car from new and has been with the current owners for 35 years, stored undercover here in Benowa on the Gold Coast for the last 28 years of its life before we unearthed it to bring into the showroom. The owners parked the car up in 1993 with insurance becoming too expensive and a young family taking up their time. The car was well kept with the tyres pumped up regularly and rolled just slightly to avoid flat spots. We have presented the car exactly how we found it because we believe this is the most honest state and allowed the next owner to choose their own adventure on where to take the car from here.

The car was built in the GMH Dandenong plant and sold new in March 1973 by Reg Hunt Holden with the registration LSA-918. These original plates remain with the car today and will be included in the sale. The car factory tags which have never been removed from the car, show it was built in code 568-12692 Tangerine with Lone O’Ranger stipes, arguably the most desirable colour combination available. Paint depth gauges shows the car to wear around 80% of its original paintwork. There is a stick on protector strip down the sides and the car sits over a set of period correct aftermarket hotwire wheels with the original spare still in the boot.

The interior is factory code 1816-30Y which is GTS Black with Herringbone insert and is all original with the exception of the front seats which were “upgraded” some time in the 80s. The remainder of the trim is in very good condition and would clean up well if you wanted to keep it as original as possible. The dash and gauges are in good shape, the original steering wheel is in place and the back seat still wears its original herringbone insert trim.

Under the bonnet is the original, matching numbers 350ci 4V engine sourced from the McKinnon Chevrolet Plant in Canada. The engine shows an assembly date of August 12, 1972 before being shipped to Dandenong, Australia and put into the car. The engine’s original 7041284ZG part number Carburettor is still in place and the McKinnon heads and exhaust manifolds are in the boot and included in the sale.  The engine is paired to the original Turbo 400 automatic transmission. The owners tell us the car has not been started in almost 15 years. The engine does turn over freely by hand but it should be noted that we have not attempted to start the vehicle at any stage to allow someone to go through it properly and bring it back to life without damaging anything.

There is no doubt the car will require an extensive full restoration to bring it back to its former glory however we do believe this car is incredibly solid for its age with minimal repairs required and is a complete car with lots of the incredibly hard to find pieces. Unrestored examples like this are becoming extremely hard to find and this one is in the most desirable factory colour combination with all of the right parts for a straight forward resto.