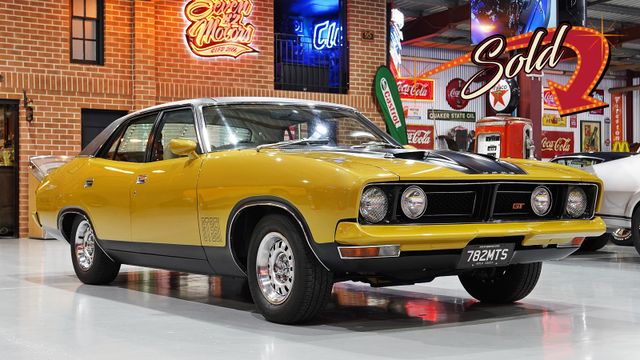 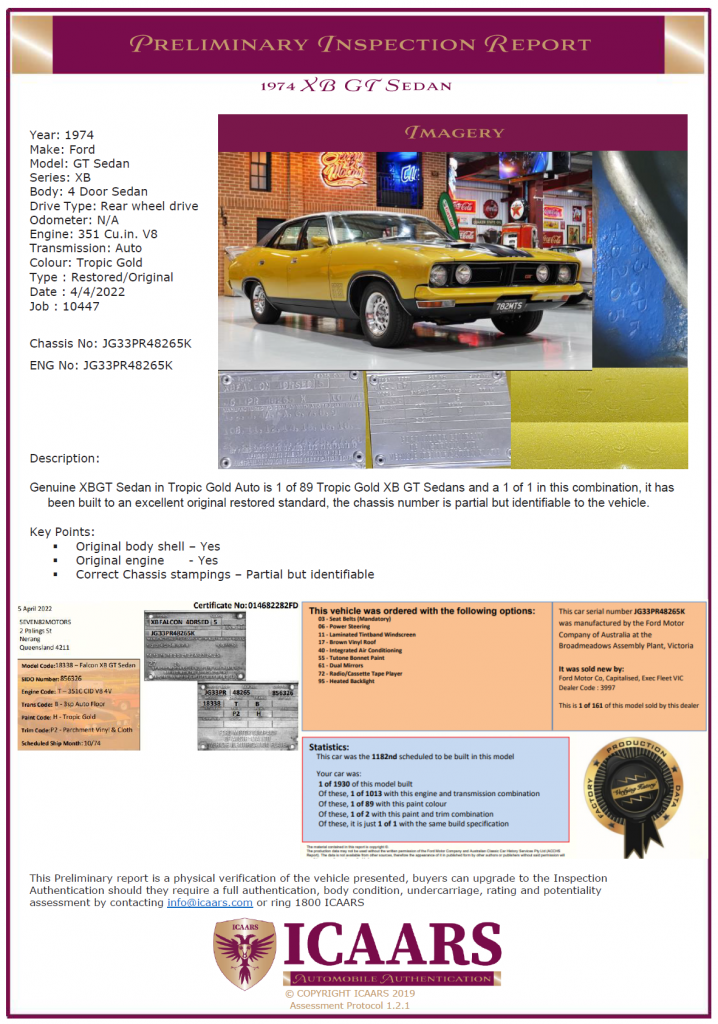 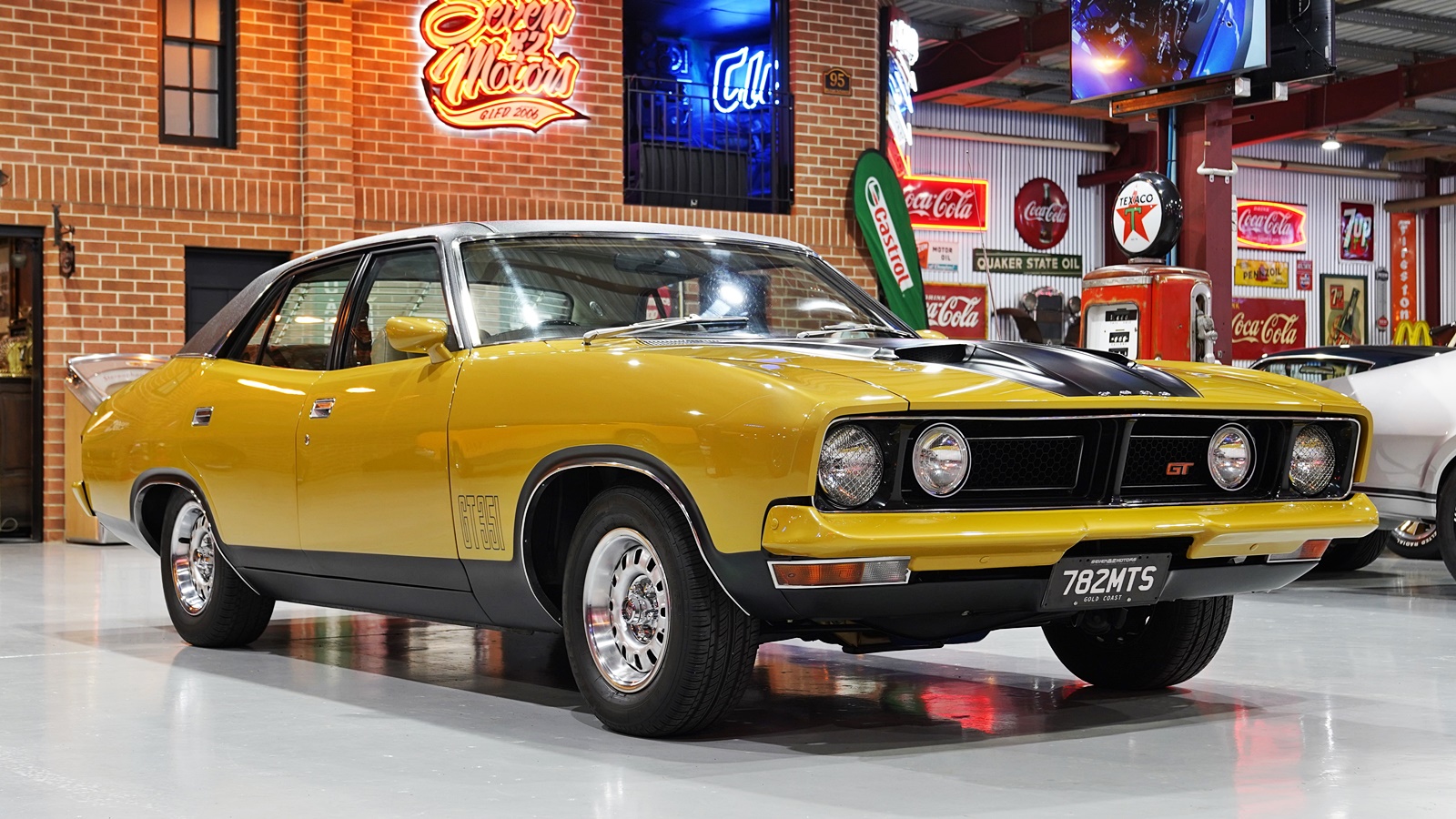 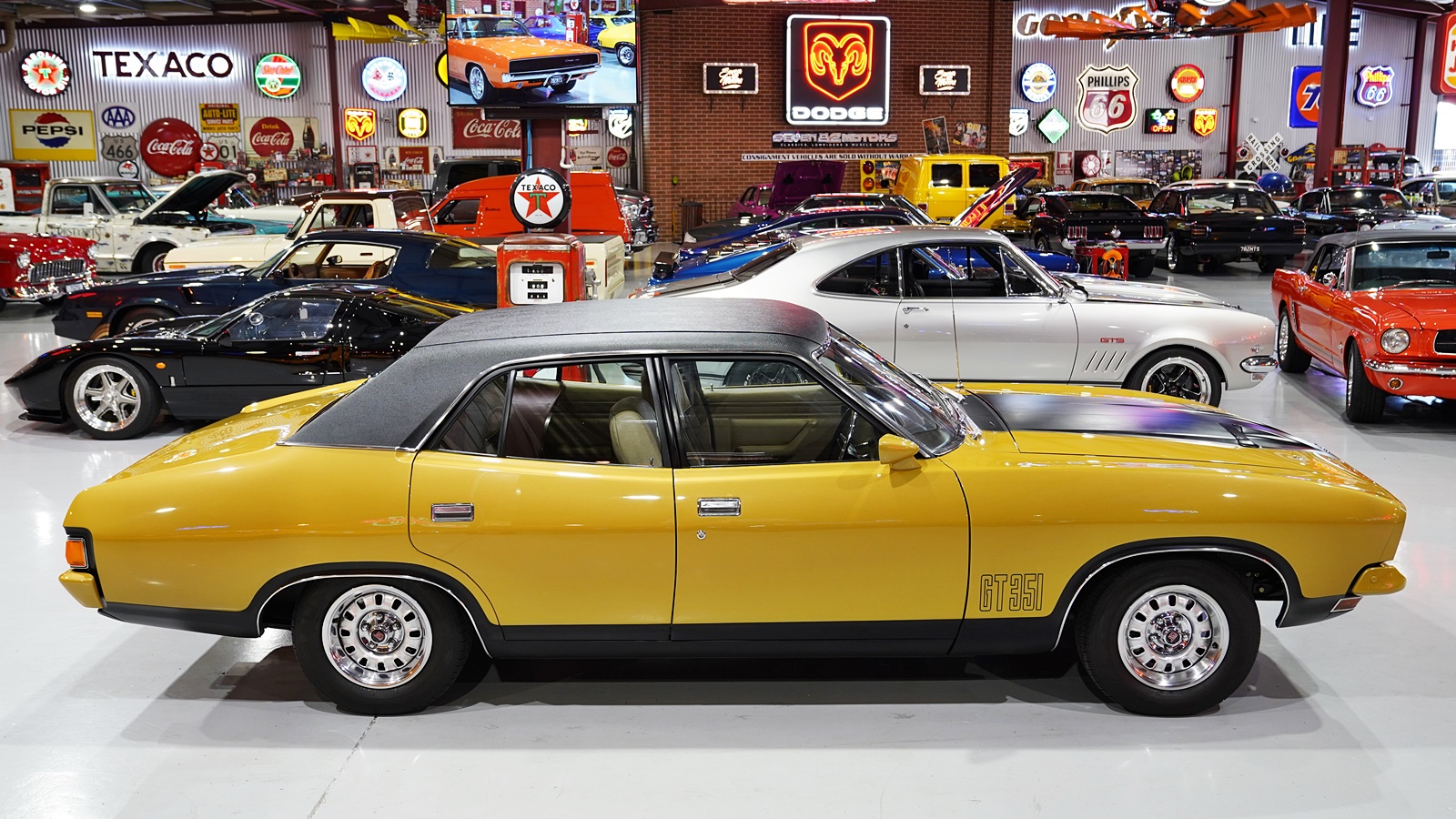 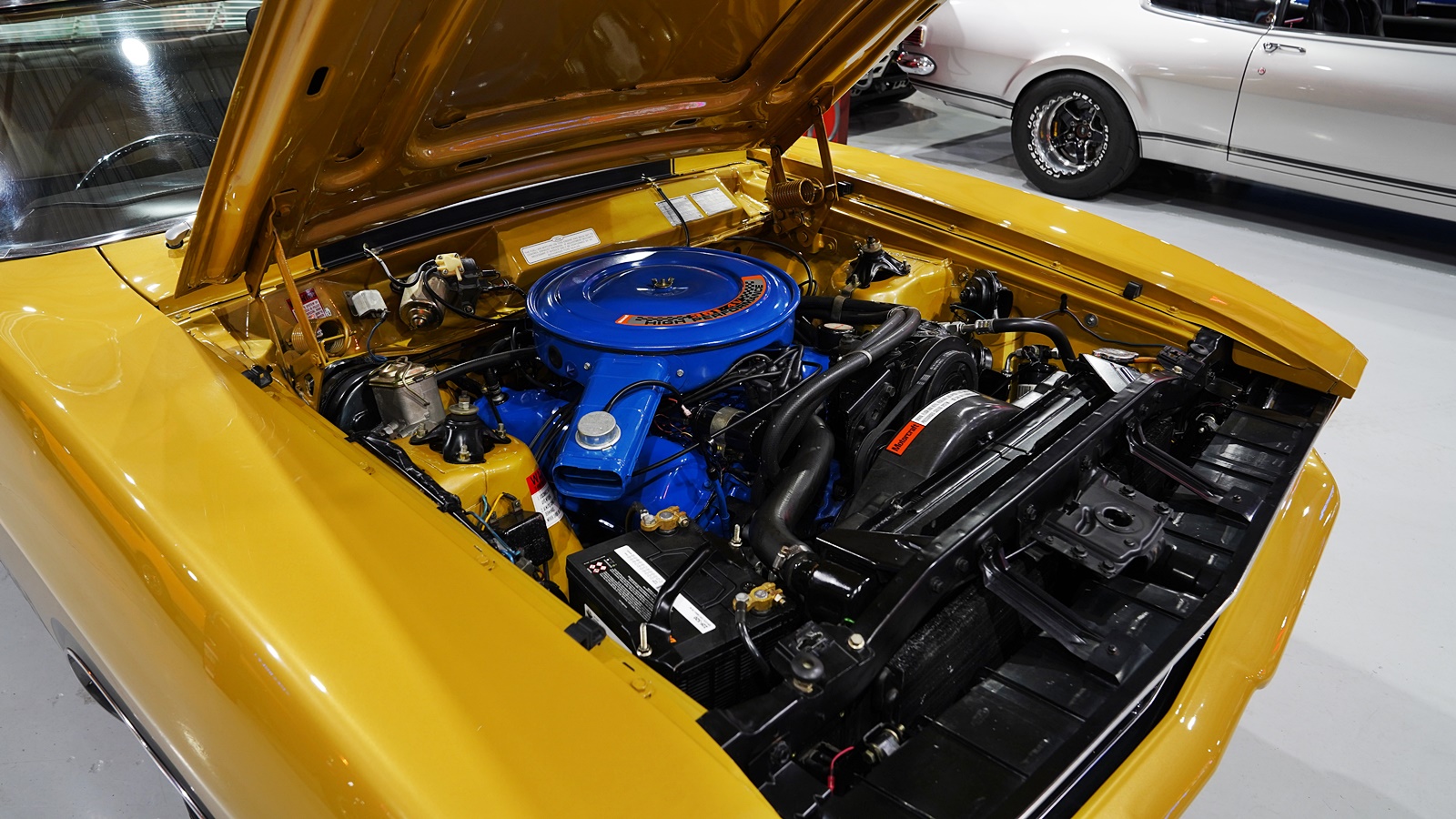 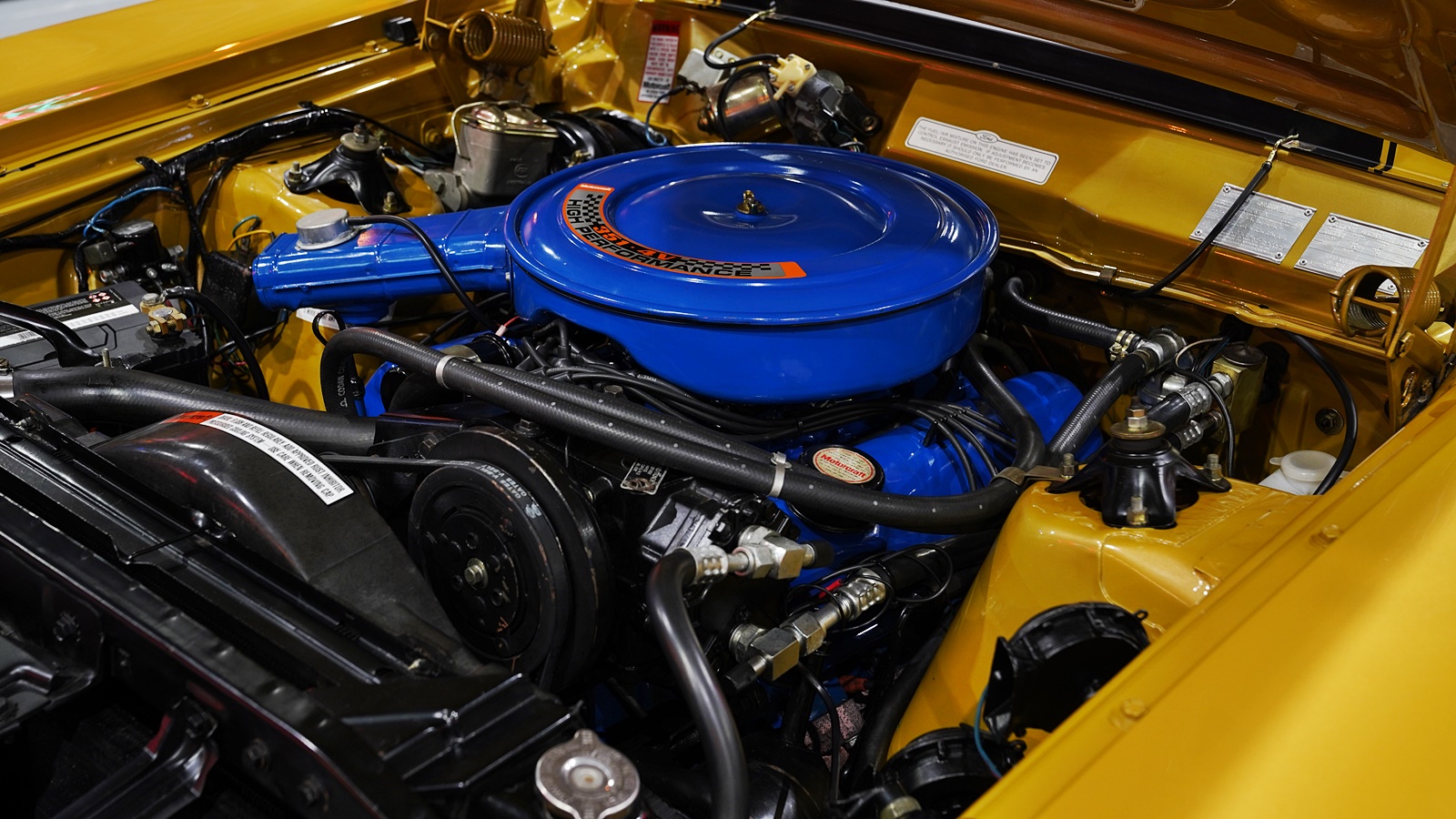 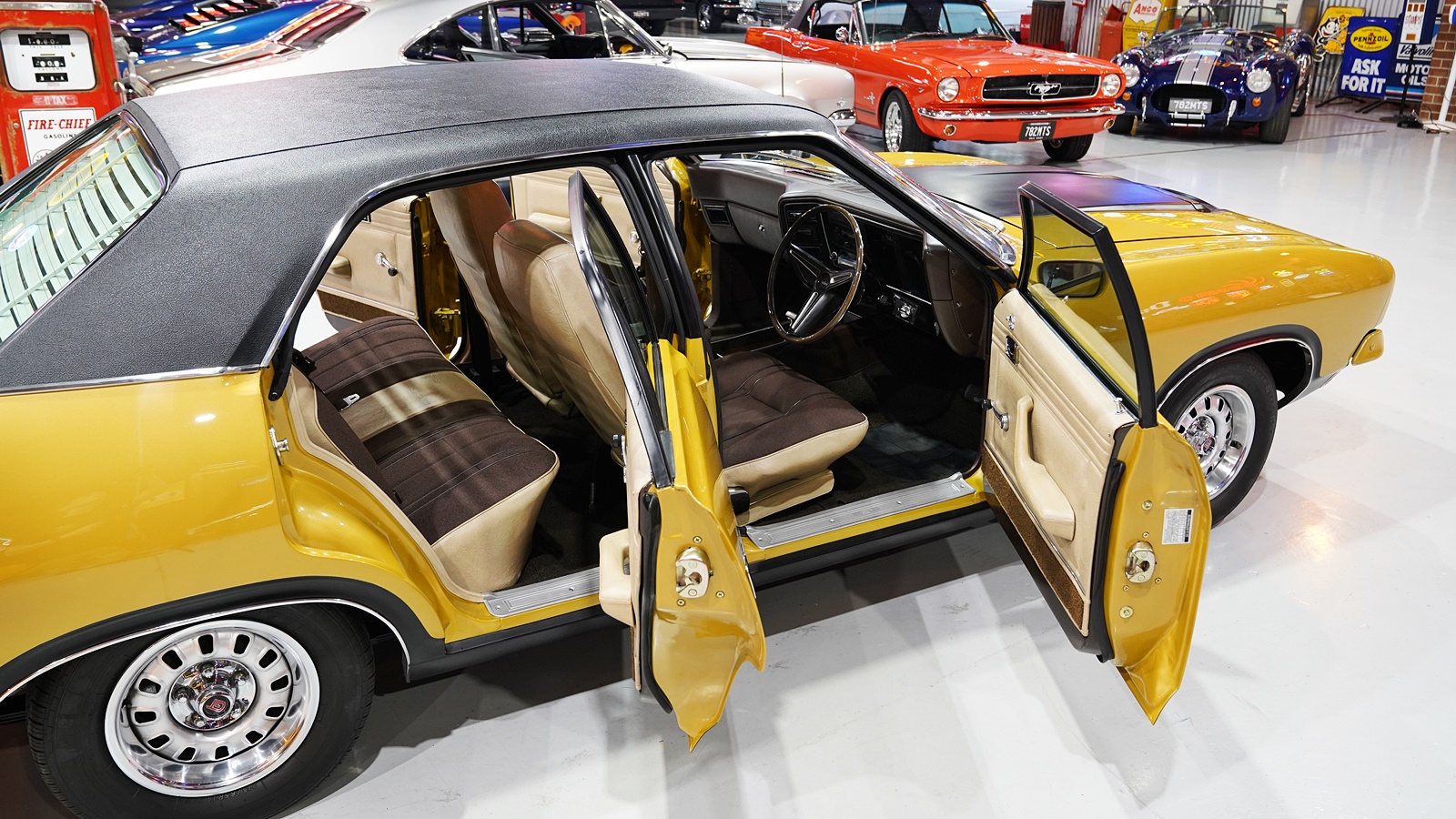 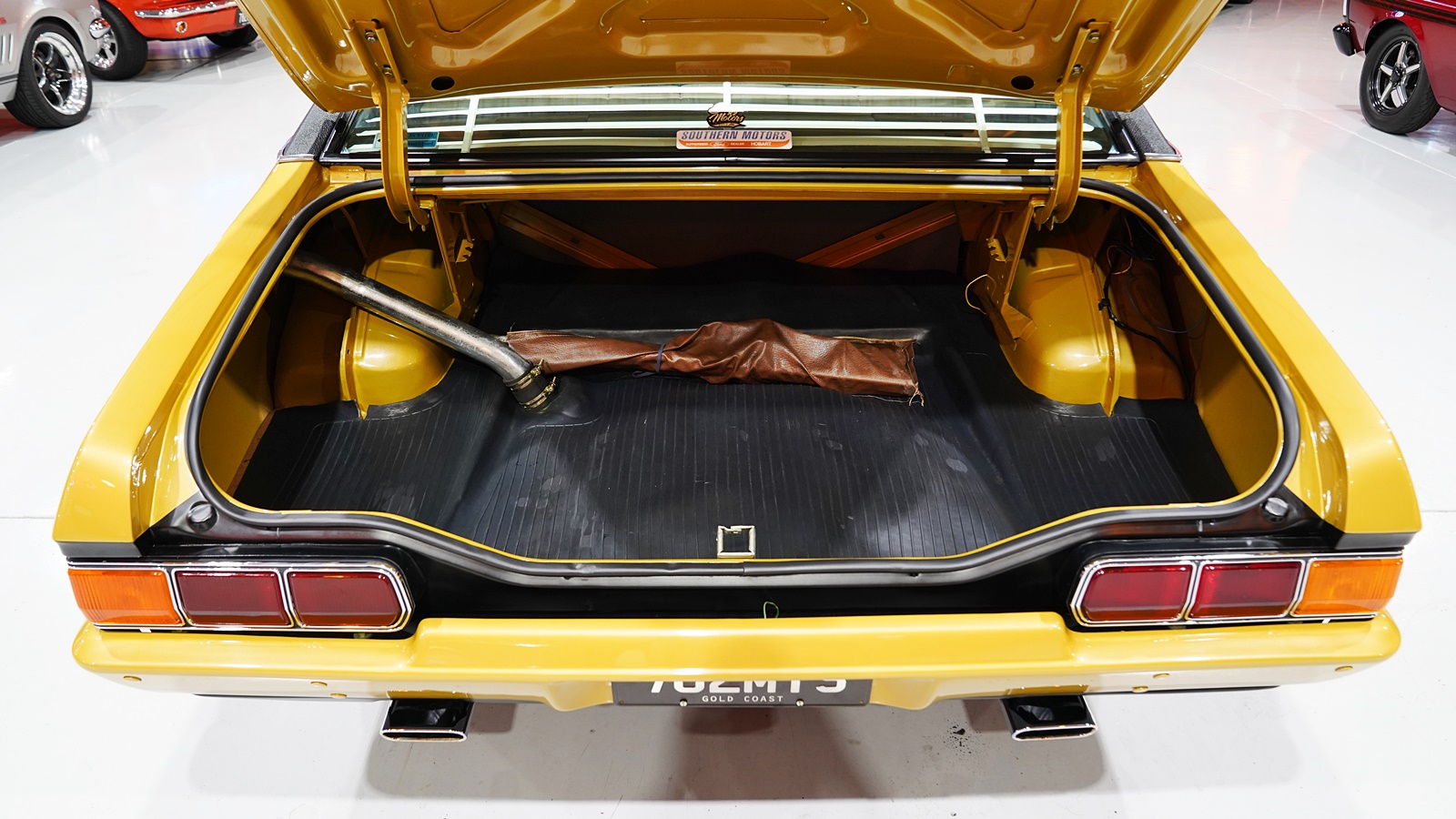 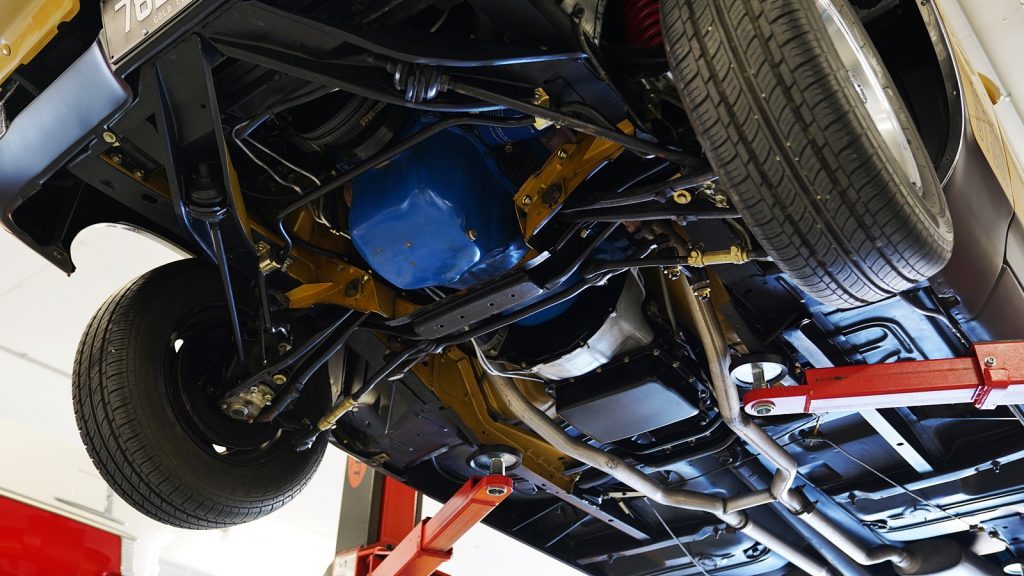 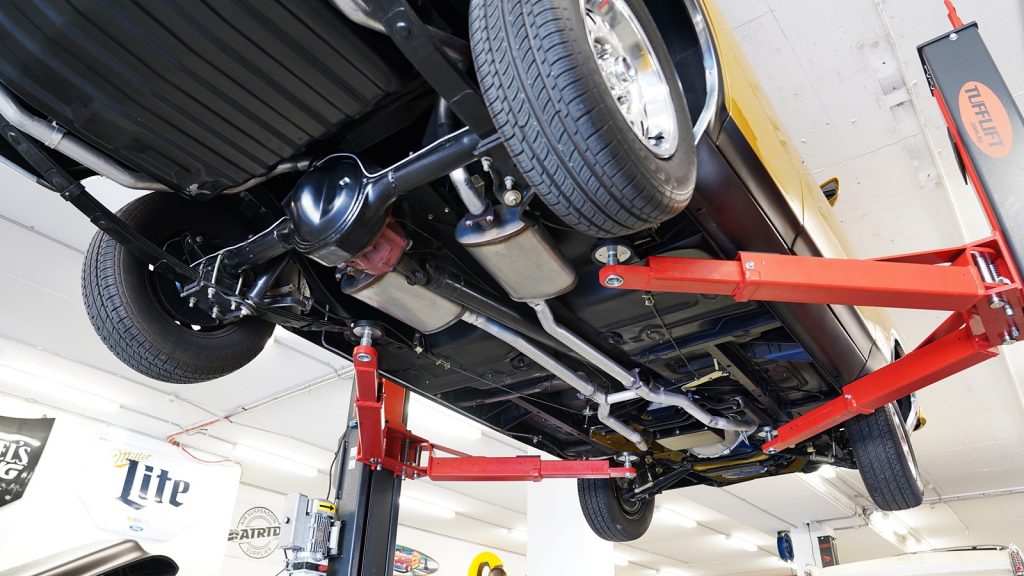 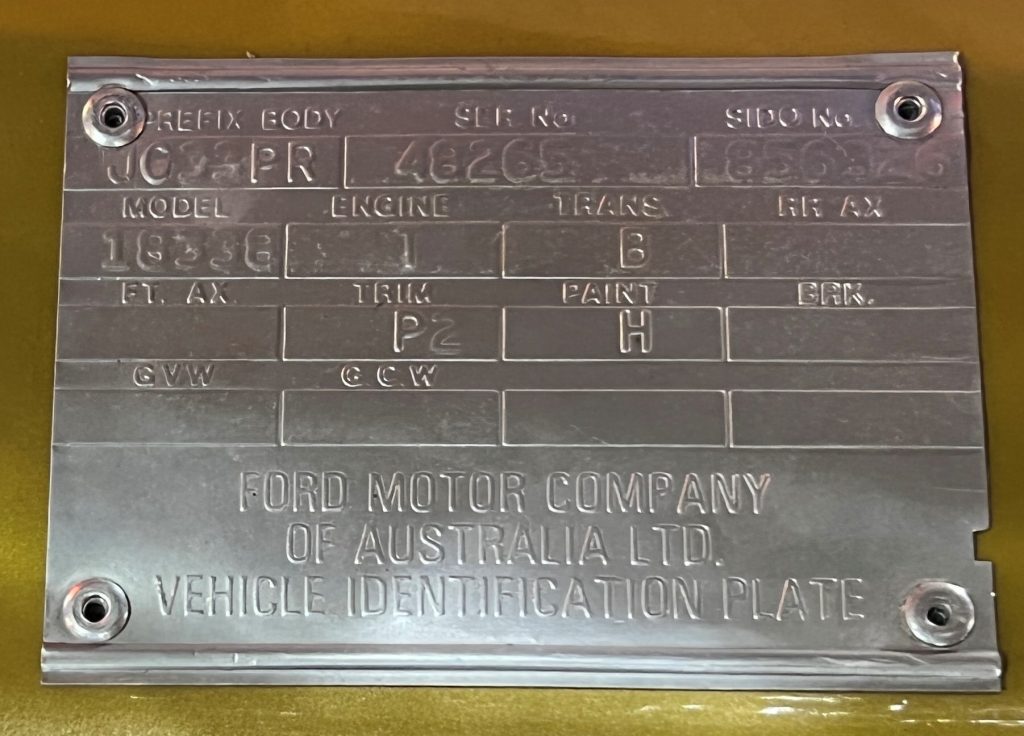 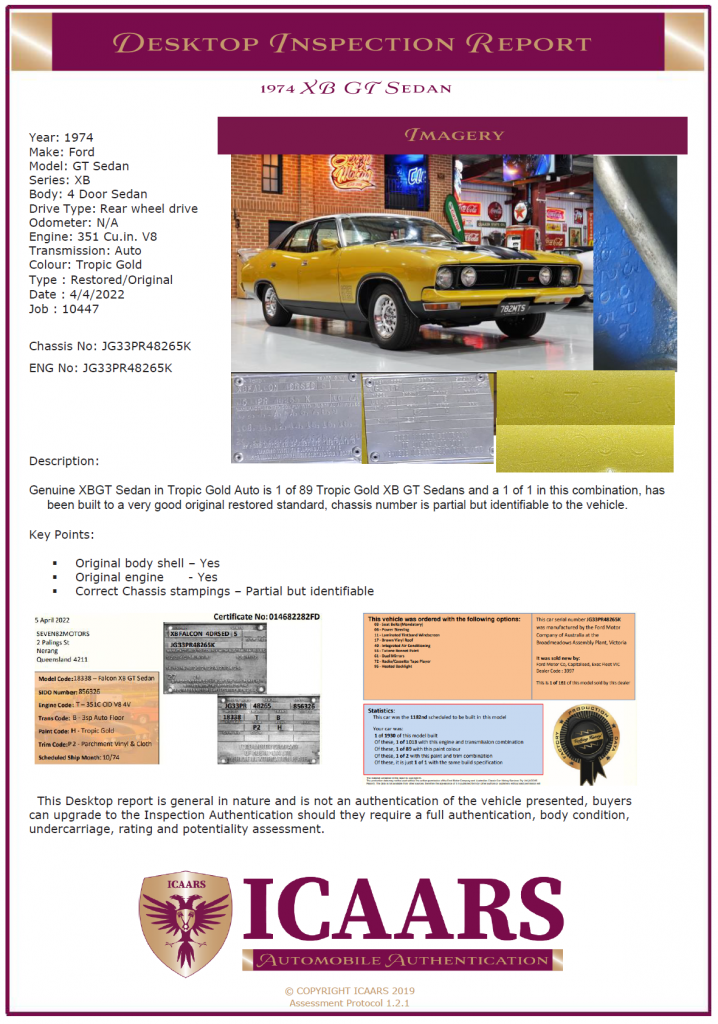 This 1974 Ford Falcon XB GT has been through an extensive, rotisserie, nut and bolt restoration. The owner of the car is a fanatic and went to huge lengths to ensure the car was restored as correctly as possible. New Old Stock (N.O.S) parts were used wherever possible during the build and three different cars were used to ensure all of the bolts were correctly date coded.

The GT was original ordered as a Ford Executive Fleet vehicle and we are told it was driven by the manager of Southern Motors Ford in Hobart. In 2015, the current owner stripped the car before placing it on a rotisserie and having it blasted. The paint and panel work on the car took place over the next 10 months by master panel beater, Dick Langdon. During this period every part that was removed from the car was restored including date correct bolts, screws, locks and strikers. Any necessary repairs to the body were performed with N.O.S parts used including bonnet, bonnet flutes, passenger front guard, driver and passenger guard tips, grille, front stone tray and drivers side door skins. Once the body work was completed the car was completely repainted in its original H code Tropic Gold with option 55 – Tutone black bonnet. The car was originally optioned with a code 17 Brown vinyl roof however the brown colour supply was discontinued so the decision was made to use the correct material in black in order for the car to be as close as possible to factory. Other N.O.S finishing items included front indicator lenses, tail light lenses, spot light lenses, reflectors, exhaust tips and wheel trims.

Inside the car has been completely restored back to factory in its Code P2 – Parchment trim with cloth insert. The car is factory optioned with power steering and factory integrated air conditioning to make for an enjoyable driving experience. The interior is all refinished to a very high standard.

Open the bonnet and you will see a beautiful factory detailed engine bay with the original, matching numbers, 351ci V8 engine. The engine features the correct coded heads and manifold. The carburettor on the car has been changed but the original is supplied with the car. A N.O.S radiator was used to keep everything cool. Even the air conditioning used the factory correct components. The engine is paired to the factory 3-speed automatic transmission with T-bar shifter. Power is fed to the rear wheels via a correct 9” differential. The whole drive line has been fully rebuilt including the engine, transmission, tail shaft and differential and the entire suspension, steering and braking systems were restored or replaced. Again, the undercarriage is presented neatly presented in a factory finish.

The restoration of the GT was completed in December 2017 where the car was shaken down and run in for approximately 1,000 kms. Since then, the car has only been driven approximately 200 kms per year, being serviced every 18 months with all fluids changed and checked over. The car has been inspected for authenticity by ICAARS and comes with a Deluxe ACCHS report from Ford confirming the car’s factory configuration and that it is the only one ever built in this specification.