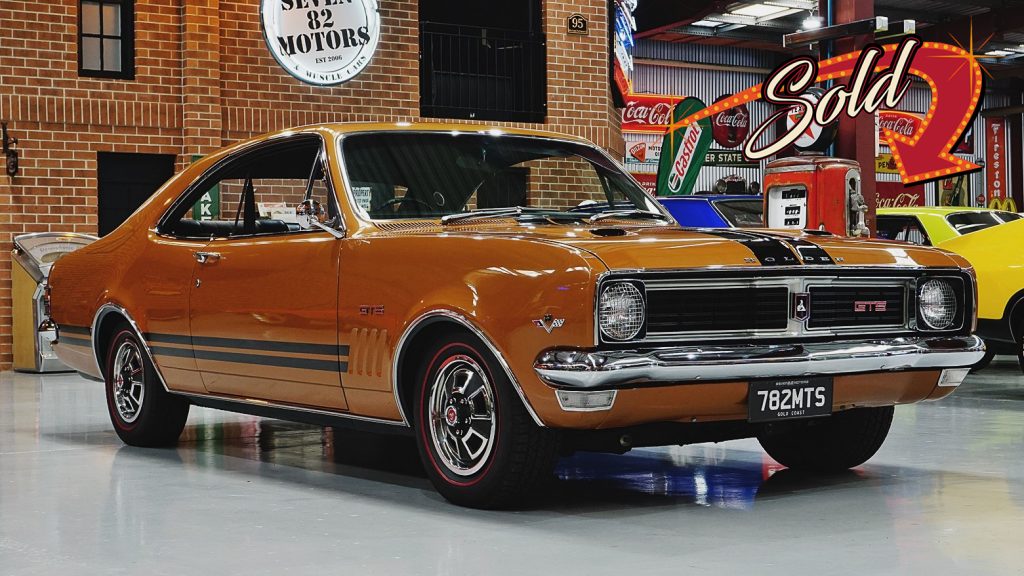 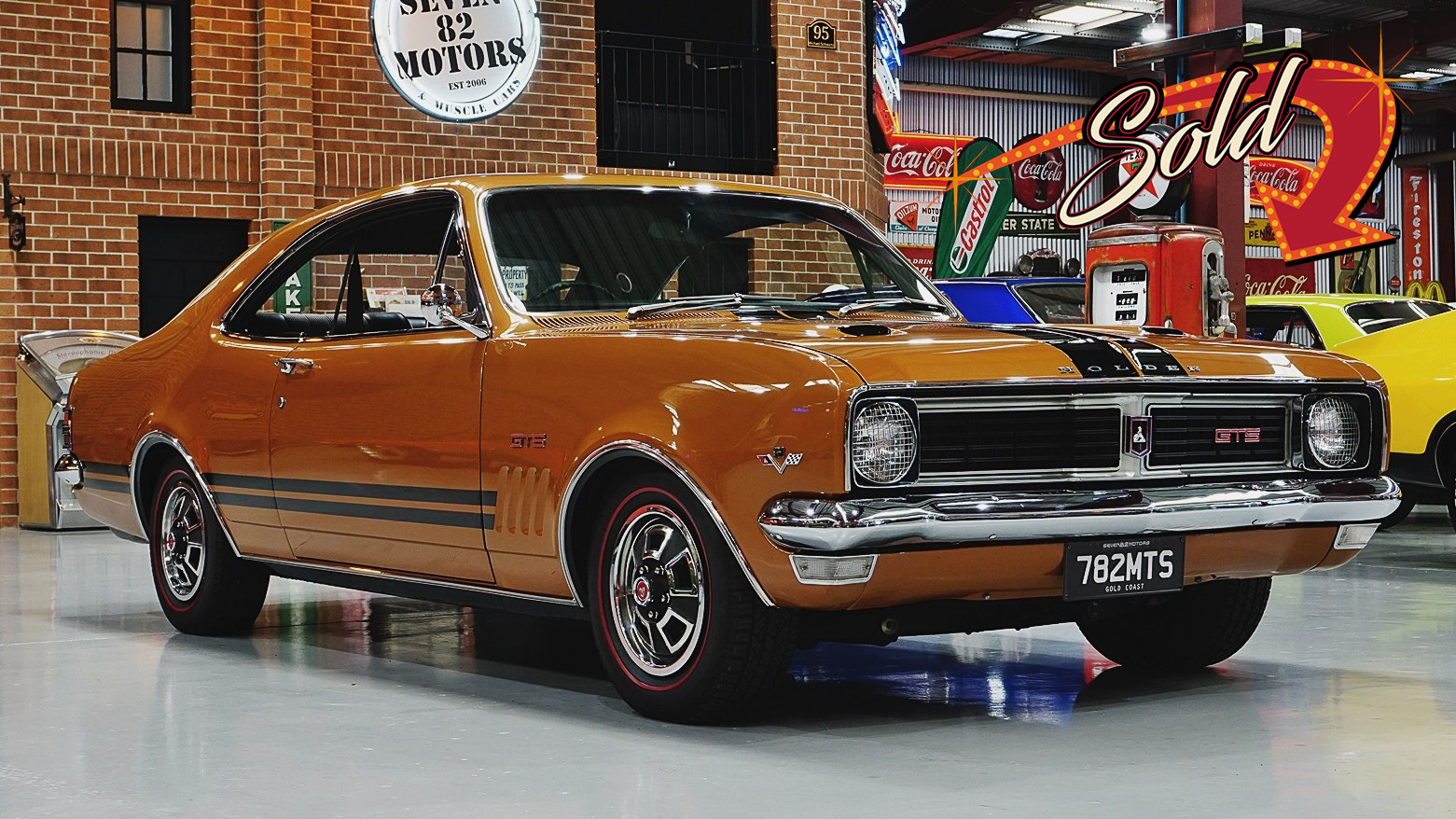 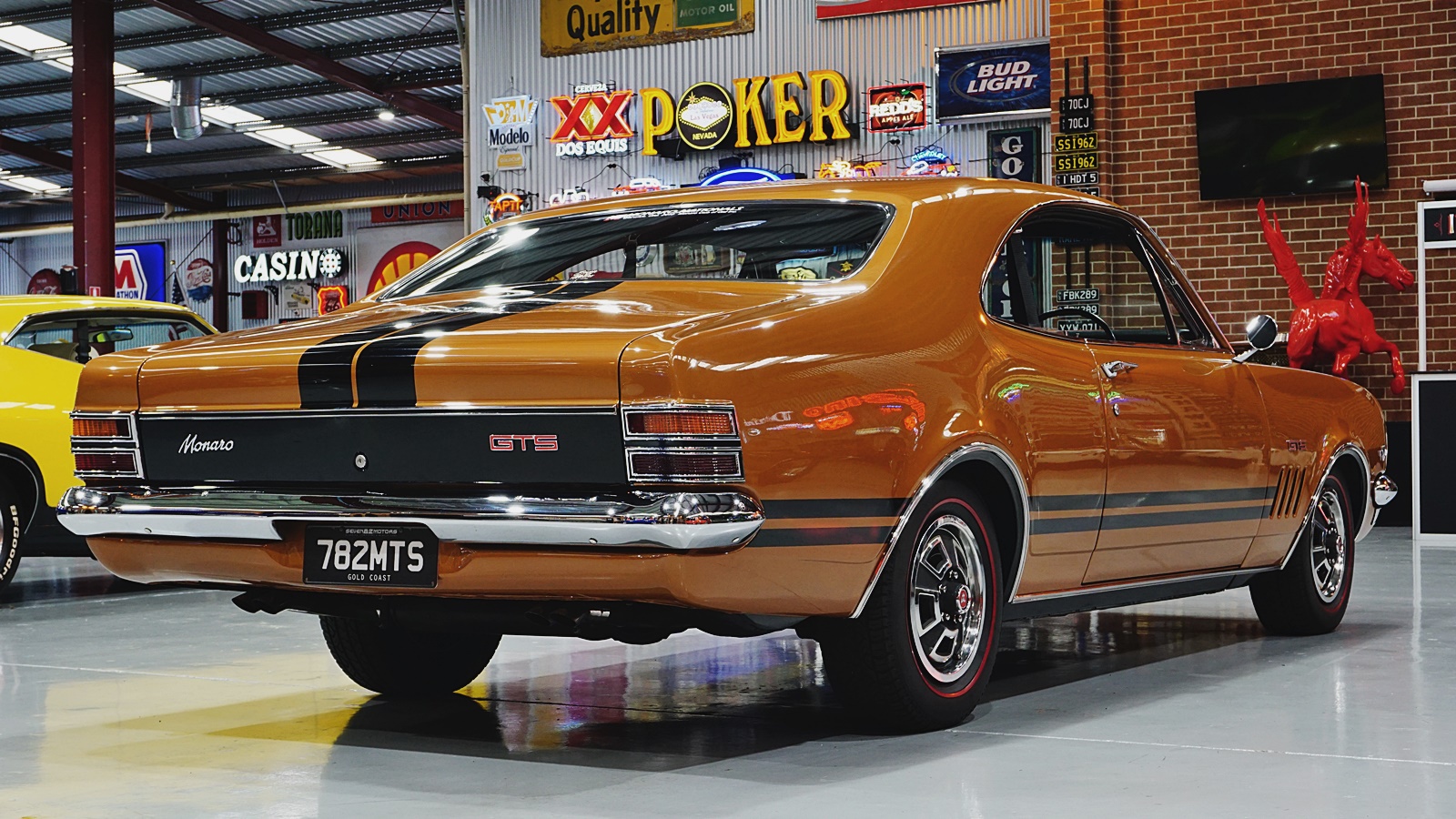 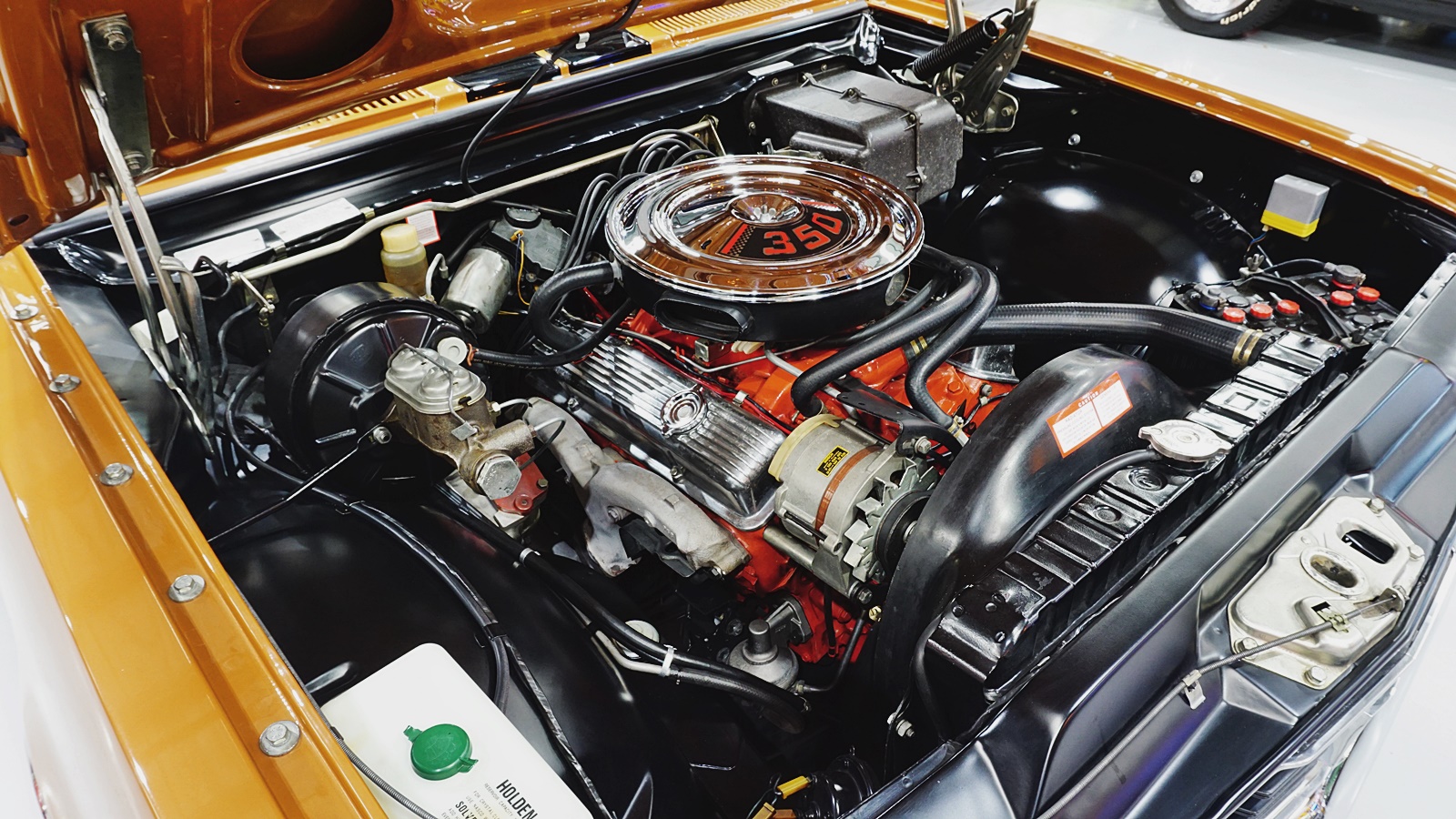 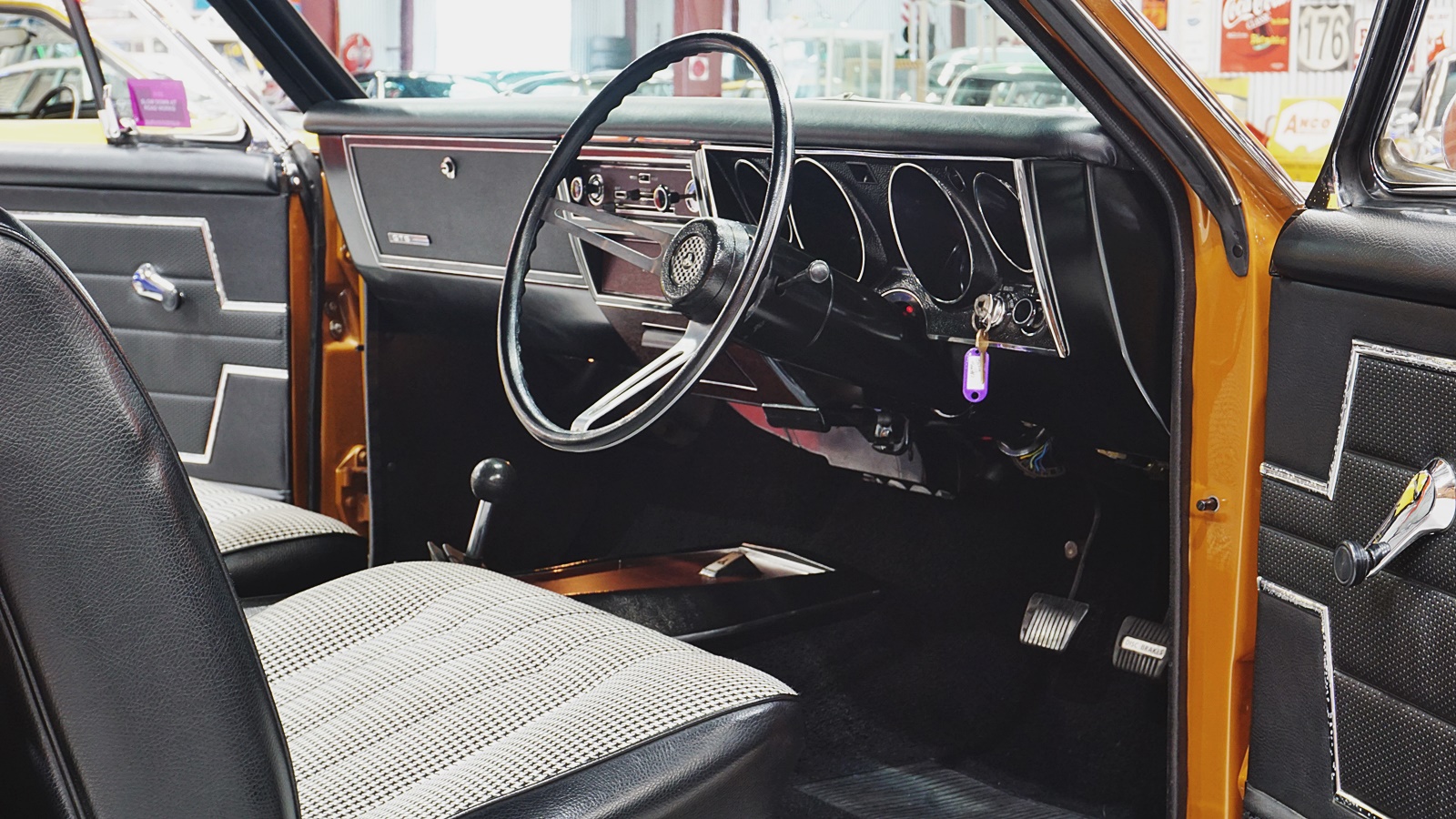 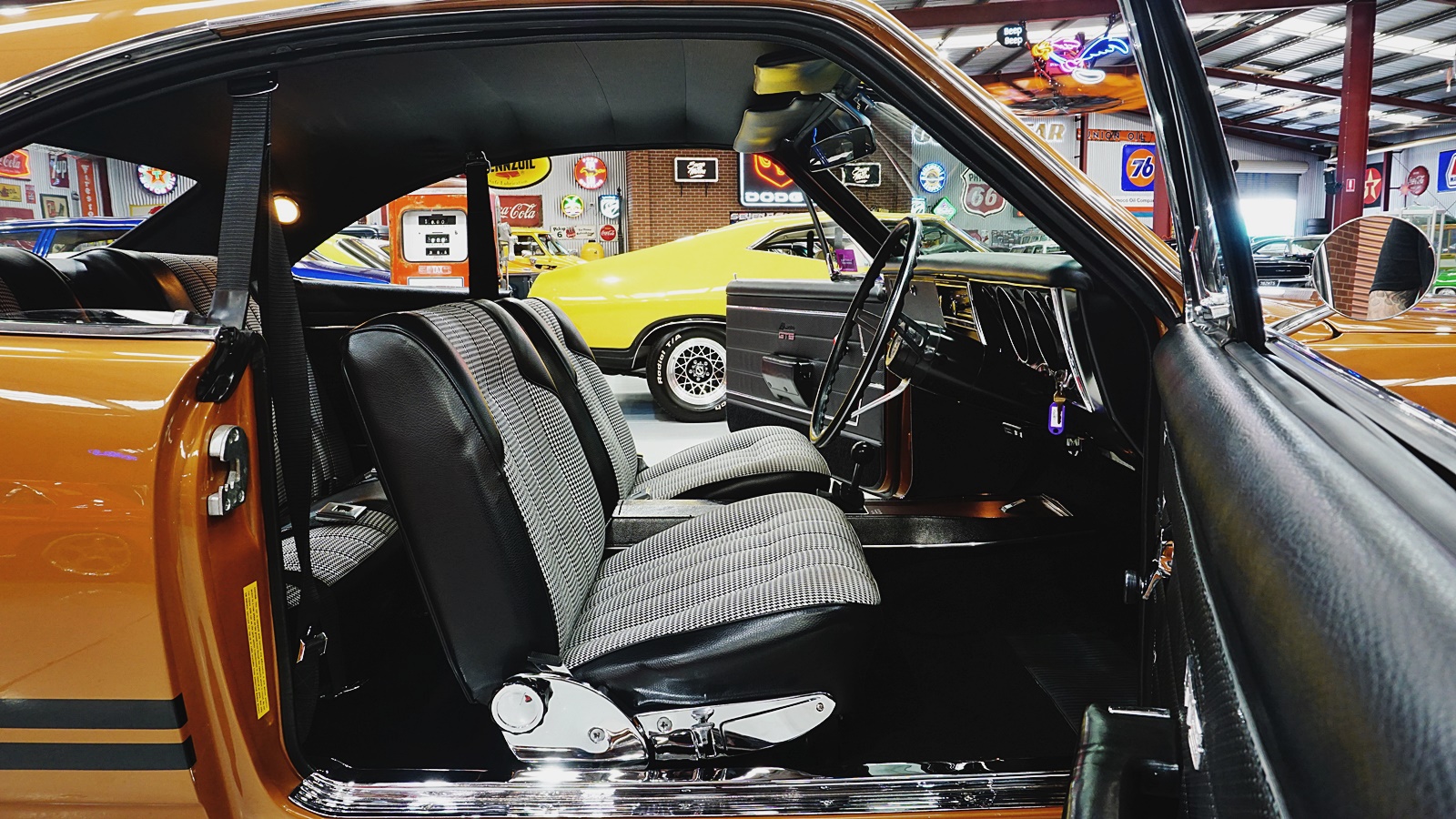 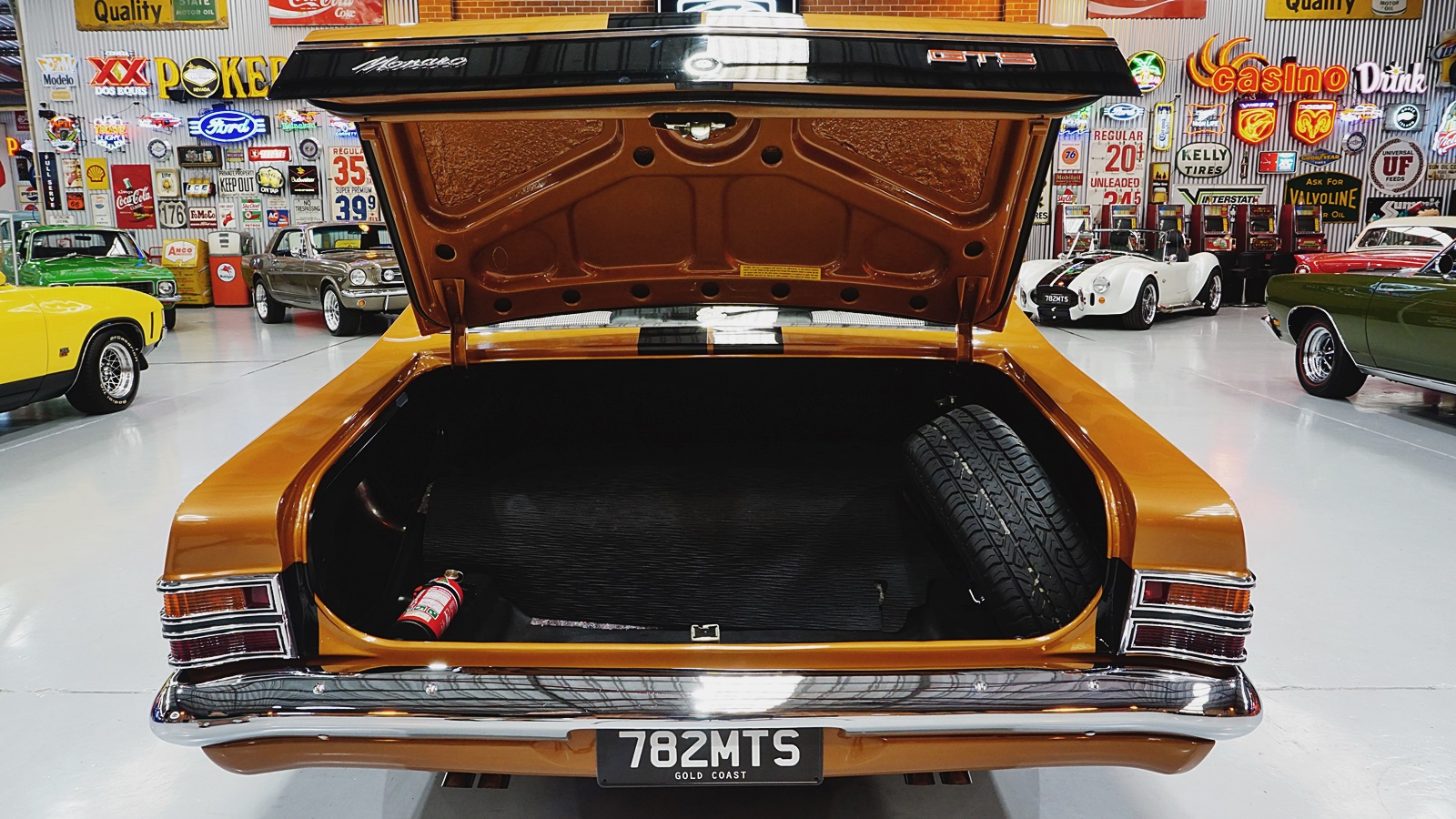 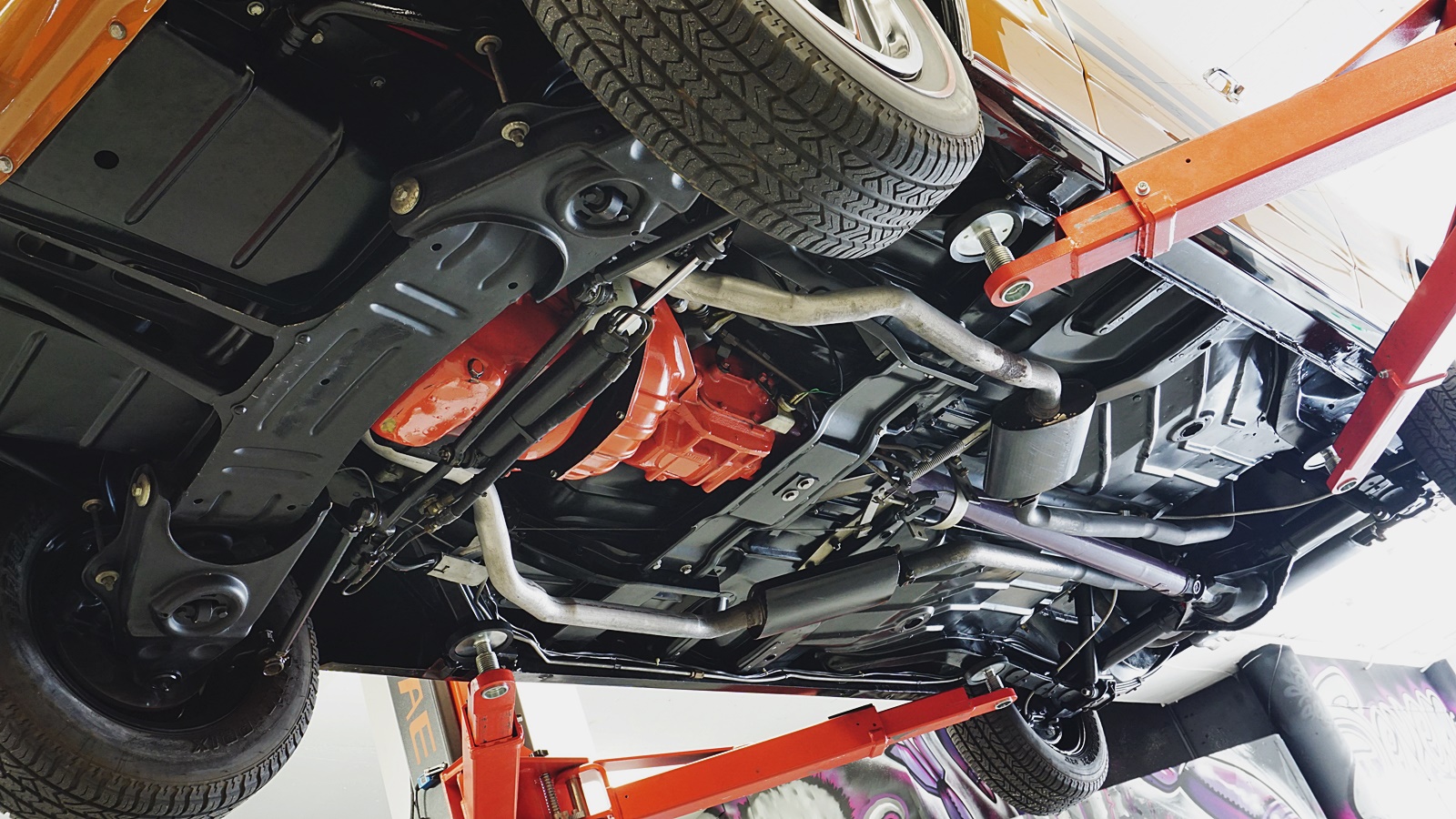 The 1970 Holden HT GTS 350 (Bathurst) Monaro was the top of the tree performance Holden in 1970. When HT Monaros crossed the line in first and third place at Bathurst in 1969, the legend of the 350 powered Monaros was cemented in history. Today, these cars are hugely desirable and sought after by collectors.

This example was purchased by the current owner in 2004. By this stage the car had been modified into a typical ‘90’s era toughie. The owner kept the car like this for several years attending car shows and events. Over time, he realised that the car was too special to leave in its existing state and decided to strip the car down to a shell for a full nut and bolt restoration back to factory specs. The car was repainted by CarrCreation in approximately 2008 in its original Daytona Bronze with black stripes. The paint and body are of a very high quality and the car is straight with good gaps. The chrome bumpers have all been refinished as has all the trim and bright work. The car sits on a set of factory style wheels with hubcaps and red striped tyres. The underside of the body is also very neatly presented. One of the notable features is the cut-outs behind the front bumper which are GTS 350 Bathurst specific items. It was said that the cars were running out of brakes at the end of the straight at Bathurst, so the race team decided to make some cut-outs in line with the front brakes to aid with cooling. A bulletin was then put out to the dealers who made the modifications on the remaining cars. A cool nod to the cars’ Bathurst heritage.

Inside, the Monaro has been completely refinished back to standard. It was originally a black trim car but the owner was a big fan of the houndstooth inserts, and added these in the correct factory style. Everything has been redone inside from the carpets to the headliner.

Pop the bonnet and you will see a very correctly detailed engine bay. Front and centre is a 350 ci V8 engine. The original block parted ways with the car some time back however the car runs a period correct 350 block with the engine fully rebuilt to factory specs. The owner hunted far and wide to find as many correct and date coded parts as possible. The heads and inlet manifold are all correct parts for the car. Lots of components are detailed correctly like the alternator and brake master cylinder which are both GTS 350 specific. The transmission is the correct four speed manual, and the power is fed to the rear wheels via the correct type 10 bolt Salisbury differential. Power steering has been added using a period correct system for an enhanced driving experience.

This is a rare opportunity to buy a beautifully restored example of one of the most iconic Aussie muscle cars of all time. These HTs were the last of the true Bathurst Homologation Monaros and will forever hold a part of Bathurst and Australian motoring history.