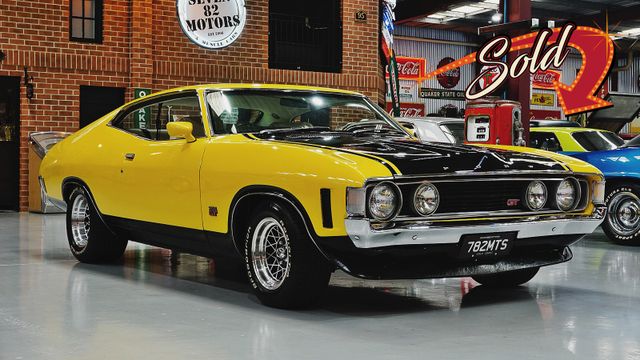 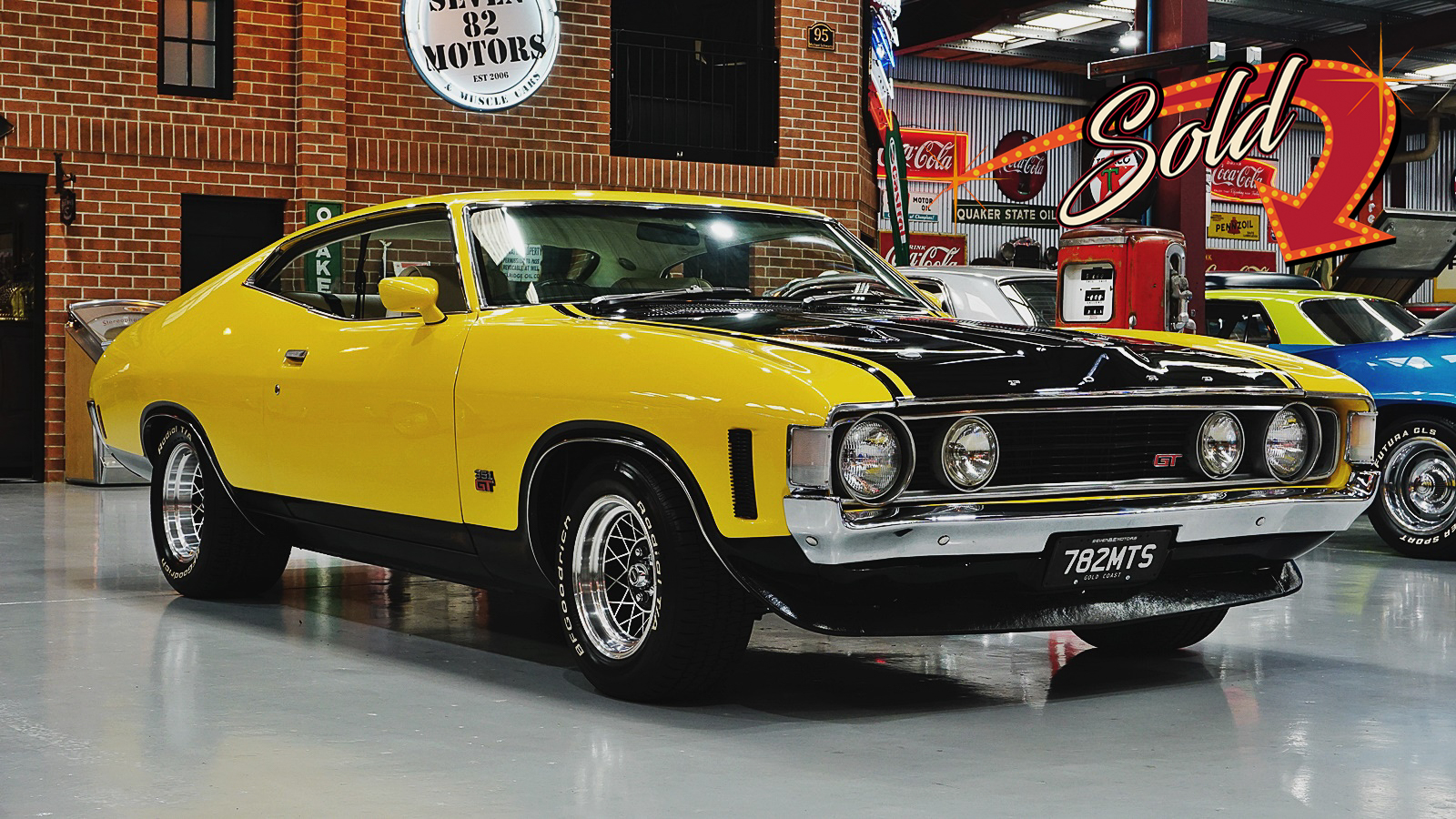 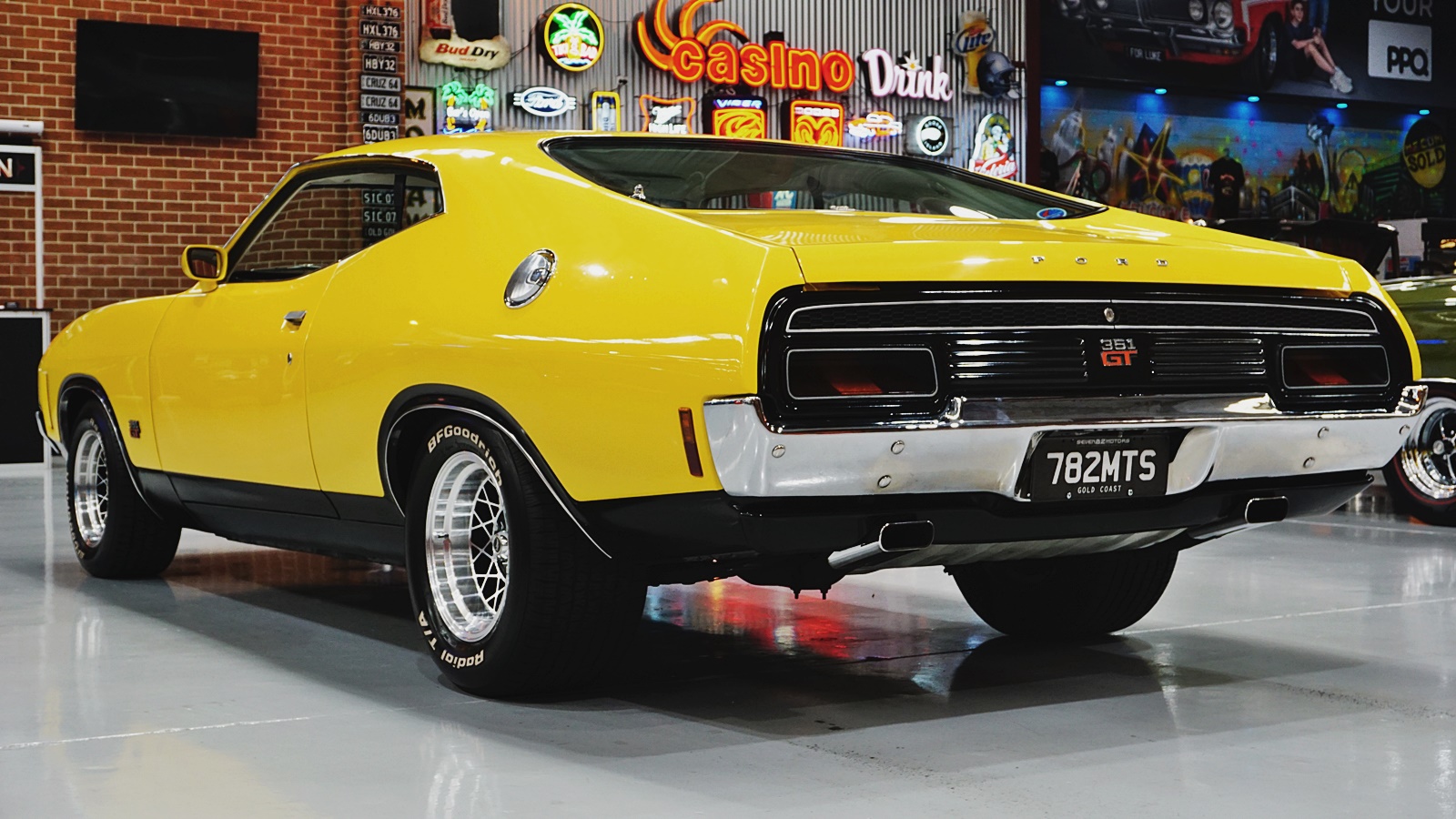 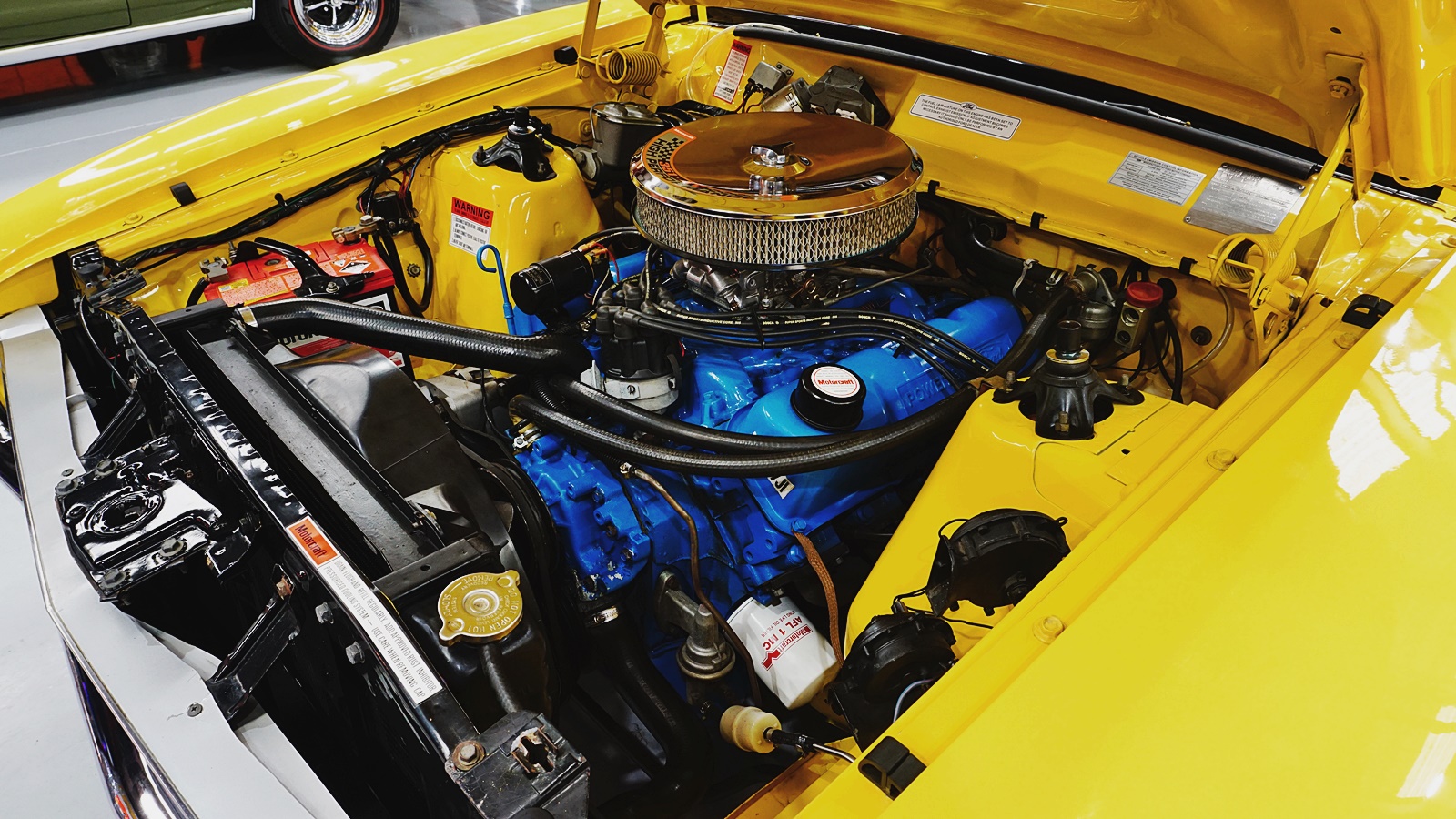 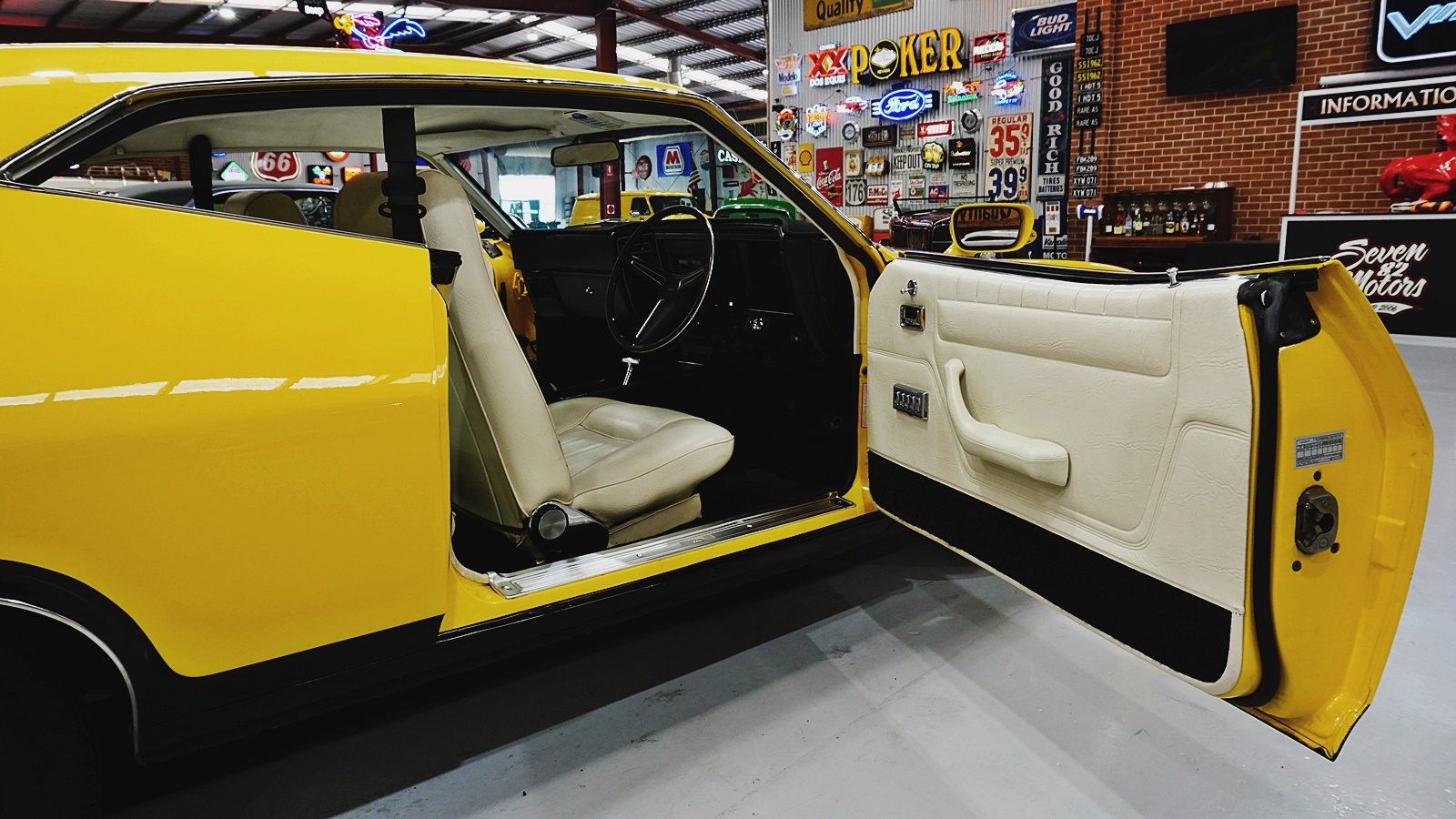 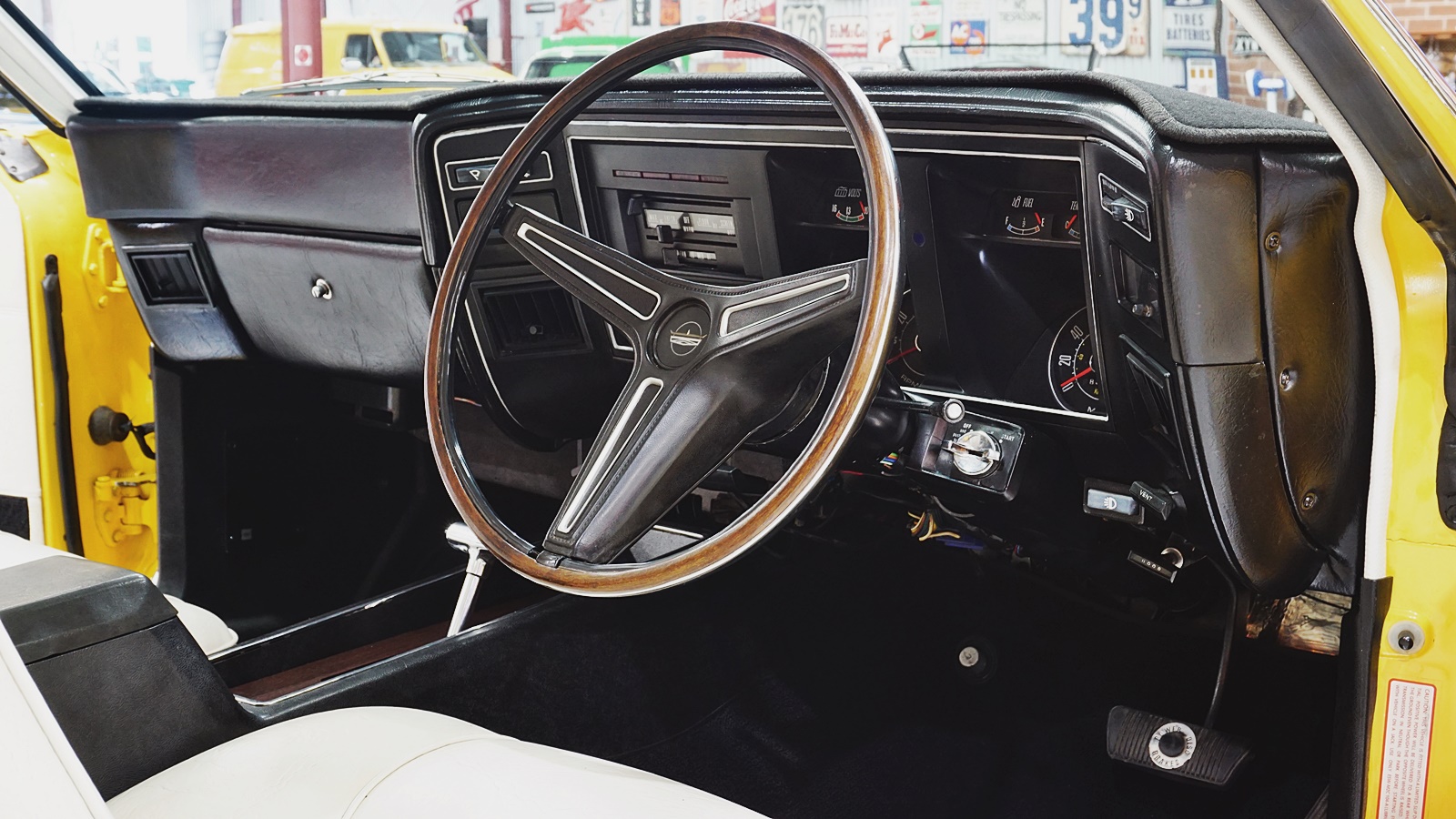 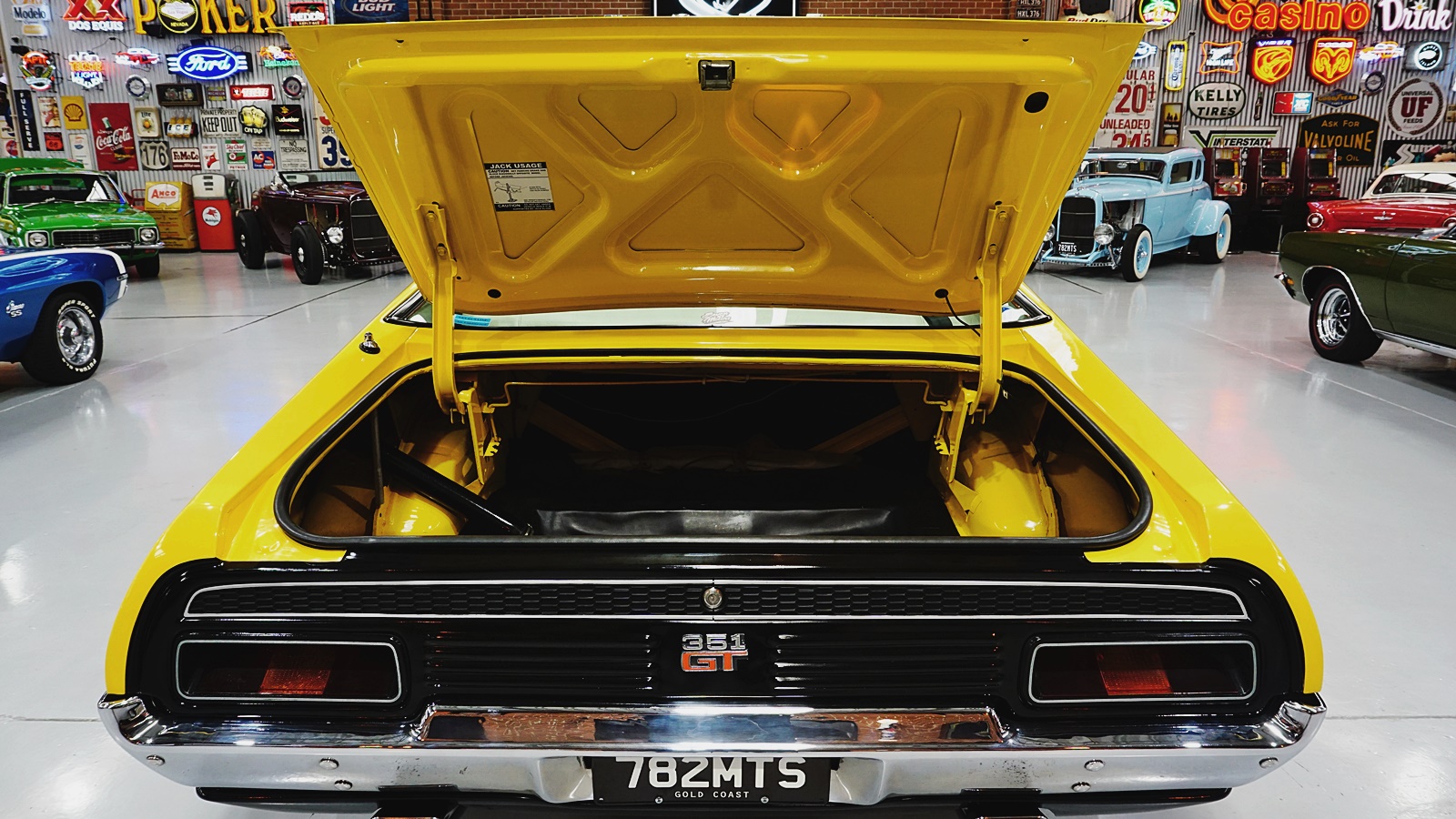 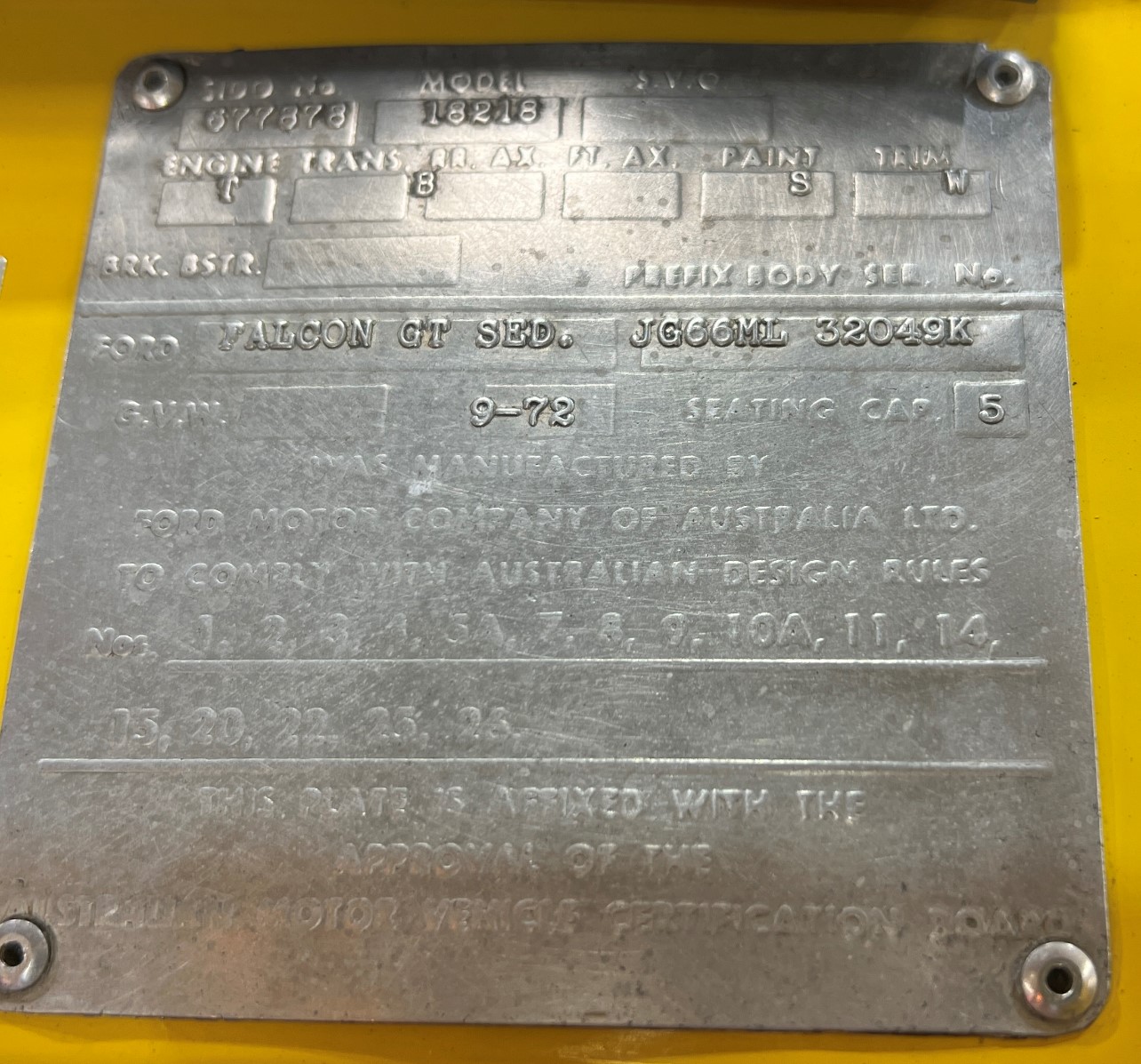 This is an awesome example of a fully restored 1972 Ford Falcon XA GT Hardtop. The XA GT continued the race-winning tradition set by the XW and XY models culminating in the Moffat/Geoghegan Bathurst victory in 1973, followed by the 1974 Goss/Bartlett win. Thus making the XA GT the single most successful GT at Bathurst. Of 2,759 XA GTs sold only 891 were Hardtops. In its S Code Yellow Glow paint and W code white trim combo this car is one of only 16 built and one of one with these options.

The car was sold new by Byrt Ford in Wollongong, NSW, in September 1972. The car was delivered with the following options: 03 Seat Belts, 11 Laminated Windscreen, 46 Power Windows, 61 LHS R/V Mirror and 87 Tinted Glass. Not a lot is known about the early days of the car’s history other than the fact it went up to Townsville for a period before returning back to Sydney. The car was restored over a five-year period from September 2008 to September 2013. Three years later the car was sold to a gent in W.A before being purchased by the current QLD owners in 2017. When the car was restored, several non-factory options were added, these included: front spoiler, rear demister, and an FM 8 track player with four speakers and fader. The car was also set up with provisions for integrated air conditioning if someone chose to add this in the future.

During the restoration the car was stripped back to a bare shell and completely refinished. The body was repainted in its original Yellow Glow and contrasted with some gloss black GT blackouts. The body is straight, and the paintwork is well presented but does have some imperfections present when you get up close in certain lighting. The car sits on a set of period style Hot Wire wheels with white lettered tyres to complete the look.

Inside, the car has been fully retrimmed back to original with white coloured seats, door trims and headliner, black carpets, console and dash. The power windows are a nice option and function as they should. The dash is set up with integrated aircon vents should a future owner decide to add this option.

Pop the bonnet and you’ll find a tidy, well presented engine bay with a 351 ci Cleveland V8 engine built up from the original matching numbers block. The original square block Cleveland was machine and balanced and the original crank used. It was treated to a set of Clevite H series bearings, SRP forged flat top pistons, roll master timing chain kit, Powerbond Street balancer, chrome alloy pushrods, Yella Terra roller rockers, high volume oil pump and Comp Cams Thumper cam and lifters. The heads were overhauled, and throttle match ported, and a new Holley 750 Carb was put up top. Spark was provided by a reconditioned Yellowtop coil and rebuilt distributor with ignitor module. A new alternator was fitted to keep everything charged up. The engine is paired to a fully rebuilt Ford FMX automatic transmission with 2500 rpm high stall. The 9-inch differential is reconditioned, and the suspension has been overhauled.

The car is supplied with an ACCHS report from Ford to confirm the options and original specification. This vehicle has been independently verified by ICAARS to confirm its authenticity. This is a fantastic opportunity to buy a fully restored and rare XA GT Hardtop in a desirable colour combination.